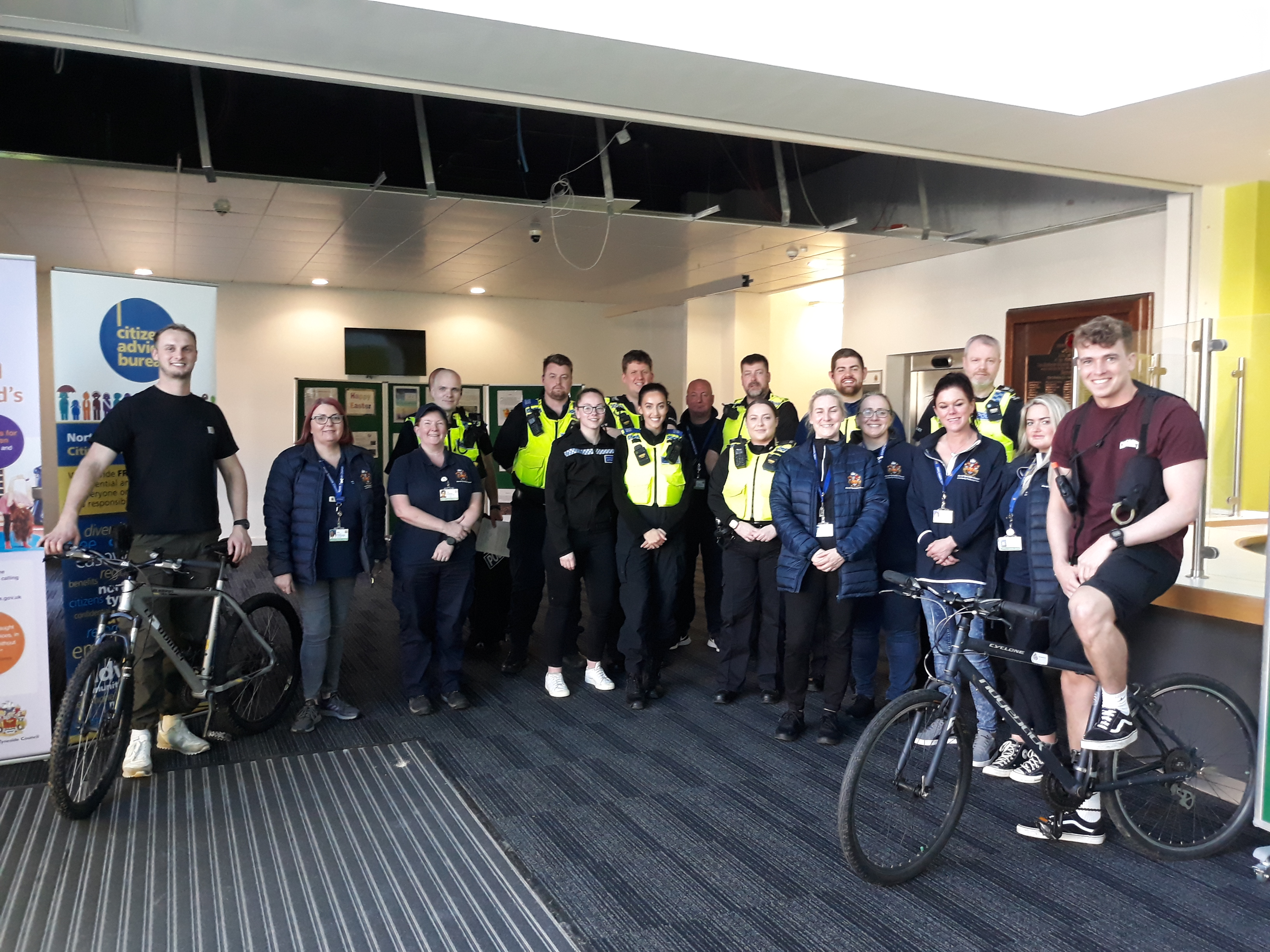 Officers team up with North Tyneside Council to target troublemakers

By working together we will continue to tackle anti-social behaviour and target troublemakers – that’s the message from Northumbria Police and partners North Tyneside Council ahead of the Bank Holiday weekend.

Officers in the North Tyneside area have increased their patrols with local Community Protection Officers (CPOs) from the council.

Sergeant Richard Hay of Northumbria Police’s Wallsend Neighbourhood Policing Team said: “We know that typically as the weather improves, we see more people out and about which coincides with us receiving more reports of anti-social behaviour.

“This notably includes concerns about the behaviour of young people. While it is important to recognise that the overwhelming majority of young people are a credit to themselves and their local area, a minority of individuals can sometimes be drawn into anti-social behaviour and I’d like to reiterate that this type of activity simply won’t be tolerated.”

He added: “We are committed to working with our partners, including the local authority and the communities impacted to effectively deal with this type of behaviour.

“We want the community to see us out and about and feel able to approach us with any issues.

“Where young people resist initial engagement and encouragement, we will make home visits to suspected offenders and their parents and hand out Dispersal Orders, which can ban people from entering an area for 48 hours. Those caught with alcohol will also see it seized.

“By working together we can ensure the area remains a safe and pleasant place for everyone to enjoy.”

Richard Mitchell, Security and Community Public Space Protection Manager at North Tyneside Council, said: “In response to some recent complaints of antisocial behaviour, the council is supporting the Police and stepping up our joint patrols to combat the problem and reassure our residents in areas where concerns have been raised.

“North Tyneside remains a safe place to live and we will take whatever action is necessary to keep it that way”.