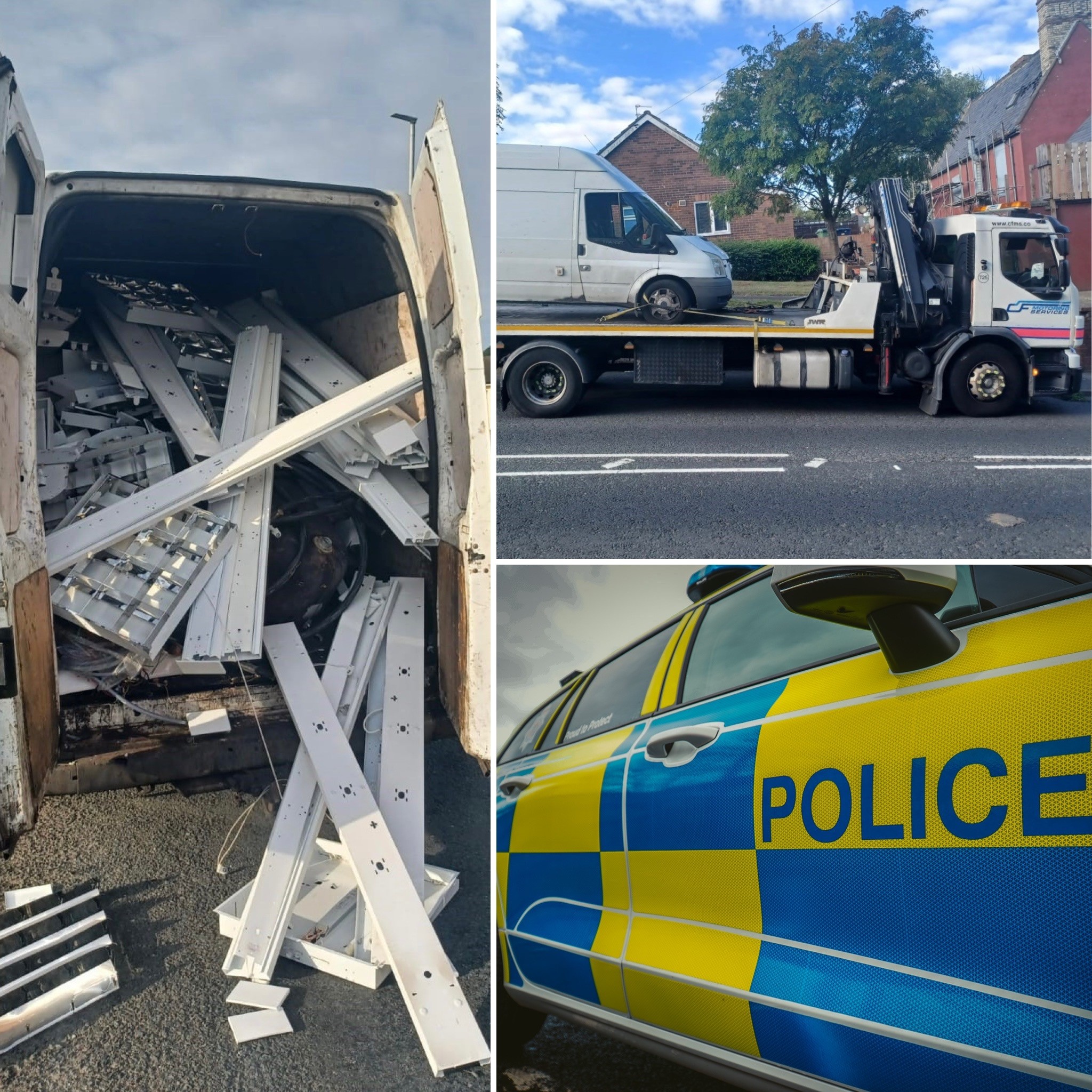 Crime down in Hetton and surrounding areas thanks to Operation Tiama

The results are always better when we work together…

That’s the message from officers and partners working across Wearside who are celebrating a significant reduction in crime thanks to the success of a multi-agency operation.

Over the last 12 weeks, officers Hetton-le-Hole, Easington Lane and East Rainton have worked with Sunderland City Council to clamp down on a range of crimes including unlicensed scrap vehicles and metal thefts. This also resulted in some cross-border activity with Durham County Council and Durham Constabulary.

The recent crackdown falls under Operation Tiama, which was launched in April to specifically tackle the increase in lead thefts off the back of concerns raised by residents.

The activity to date has seen police working alongside council colleagues in Environmental Health and Trading Standards, carrying out dedicated patrols in problem areas to detect and disrupt crime.

This work forms part of a wider ongoing collaboration launched earlier in the year between police and partners called the HALO project – with the aim of rejuvenating Hetton and surrounding areas.

The most recent day of action was held on Wednesday (July 27) and saw more success with one vehicle uplifted and a summons issued for the driver for holding no insurance, as well as numerous notices issued for littering, pollution and scrap licensing offences.

Neighbourhood Inspector Steven Passey, of Northumbria Police, said the drop in reports is thanks to the dedicated operation and team work between agencies.

He said: “Following previous success, we launched Operation Tiama in Hetton and the surrounding areas to tackle the issues identified by our communities.

“We’ve spoken with a number of residents about what they were seeing, and a lot of hard work has gone into tackling a range of crimes including burglary, lead thefts and offences linked to unlicensed scrap vans.

“We would also ask the wider public, including businesses, to work with us to help reduce the impact burglary can have by ensuring doors, windows and properties are kept secure and valuables out of view.

“My message to residents today is one of reassurance – we have made great progress so far but our work is never done, and we will continue to take positive action against this type of criminality. Please know that your intelligence is vital and, if you report an issue, we will do everything in our power to tackle it alongside our partners.”

Northumbria Police and Crime Commissioner, Kim McGuinness, said: “These are very pleasing results – a welcome boost for a lot of good work that’s been happening in the area to fight crime and improve lives for local people. It shows that the police, council and everyone involved are listening to community concerns and acting on them. These are the sort of improvements people want to see and will be built upon.”

Councillor Claire Rowntree is Deputy Leader of Sunderland City Council, Cabinet Member for Clean Green City and a Hetton ward councillor. She said: “Successful work tackling crime and anti-social behaviour in our communities includes information and intelligence. It’s absolutely vital that if you see or know more about any kind of incident to report it and this can be done confidentially. Information from the residents of Hetton is important in the fight against crime and anti-social behaviour in Hetton.”

If you see anything suspicious in your community, always report it to police via the ‘Tell Us Something’ page on our website or by calling 101. In an emergency, or if a crime is taking place, always ring 999.