You have the right to choose who you marry, when you marry or if you marry at all. Forced marriage is when you face physical, emotional or psychological pressure to marry. Contact 999 if you think you or someone else is about to be taken abroad to be married against their will. Northumbria Police will protect you and find a safe place for you to stay. 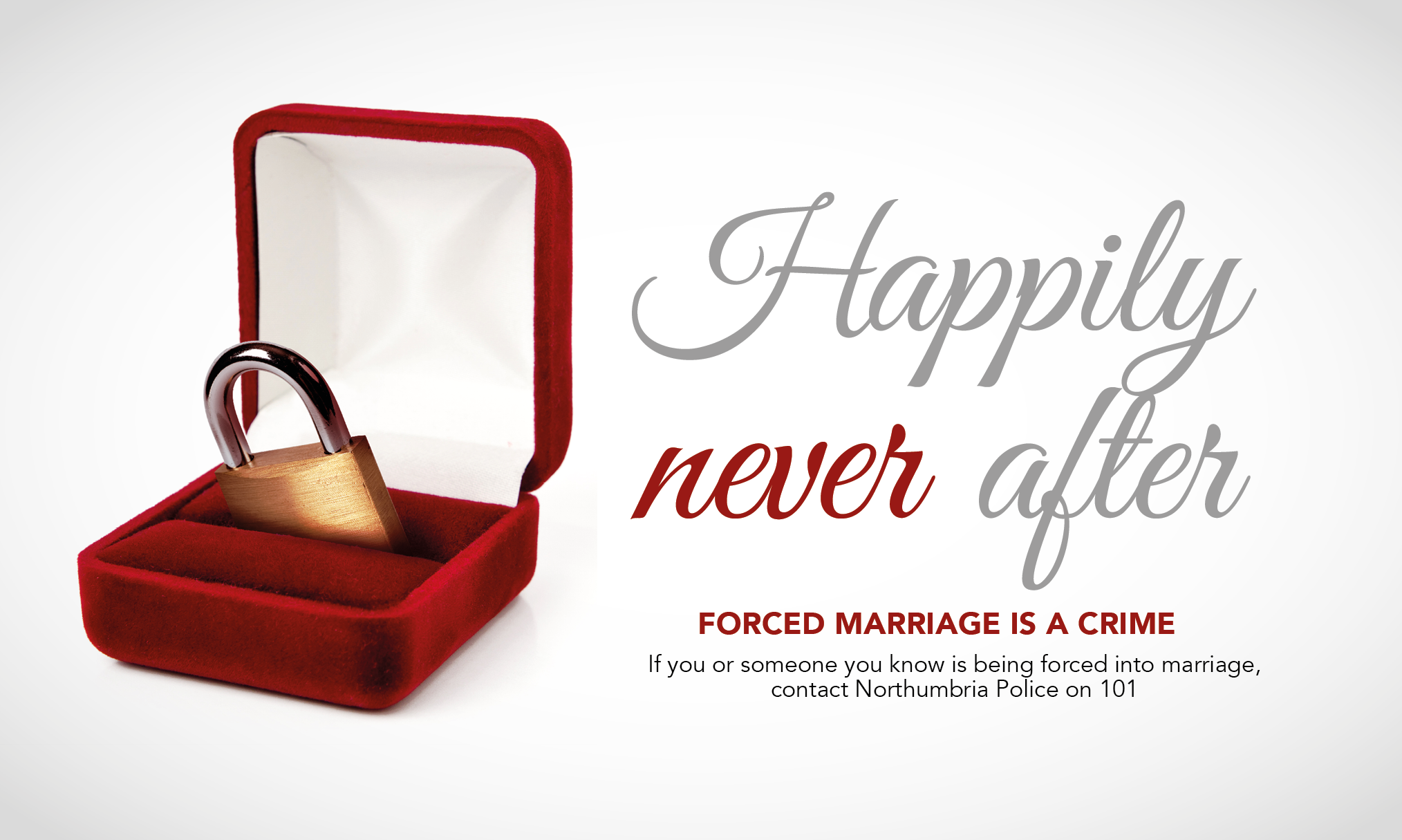 A forced marriage is where one or both people do not - or in cases of people with learning disabilities, cannot - consent to the marriage and pressure or abuse is used. It is recognised in the UK as a form of violence or child abuse and a serious abuse of human rights.

The pressure put on people to marry against their will can be physical, including threats, physical violence and sexual violence; or emotional and psychological, such as being made to feel like you’re bringing shame on your family. Financial abuse such as taking your wages or not giving you any money can also be a factor.

Forced marriage is illegal in England and Wales.

Forcing someone to marry can result in a sentence of up to 7 years in prison.

I am worried that I will be forced to marry, what can I do?

You can apply for a Forced Marriage Protection Order (FMPO) or if possible could you move to a safe place such as a refuge. An FMPO is a court order which protects someone from being forced or coerced into a marriage they do not or cannot consent to. Breaching a forced marriage protection order is a criminal offence. The FMPO will last as long as required. The court can order that the FMPO remains in place for a certain period of time or indefinitely.

I’m going abroad for a holiday and I am scared I might be forced to marry there.

Give your passport details to a friend and ask them to contact the British embassy and Forced Marriage Unit (FMU) in case you don’t come back. Keep regular contact with someone in the UK so they know you’re safe. If you’re worried, set up a code word with a trusted friend, so you can alert them to start proceedings if you become unsafe. Contact us in confidence or speak to one of our partner organisations, we will be able to advise and support you.

My family is putting pressure on me emotionally to get married when I don’t want to.

Parents and families sometimes try to get you to change your mind by using emotional blackmail. But you have rights and the law will protect you. No one can be forced into a marriage they don’t want.

If you have concerns or would like to discuss Forced Marriage please contact us directly or get in touch with one of the specialised organisations listed at the bottom of this page.

If you know someone who has been taken abroad to be forced into marriage please contact: