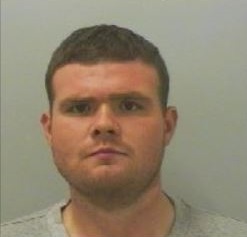 A stun gun disguised as a mobile phone and Class A drugs were among the items found during a raid at a property in Ashington.

Luke Maguire, 28, has been convicted of possession of Class A drugs and a prohibited weapon after a trial at Newcastle Crown Court.

As a result, drugs – including cocaine and cannabis – were seized. A dangerous stun gun which was disguised to look like a mobile phone was also seized.

Maguire, now of Moorcroft, Ashington, was arrested at the scene and later charged with a number of offences.

He admitted possession of a Class B drug – cannabis.

Following a trial at Newcastle Crown Court Maguire was convicted of all offences by a jury on Thursday (August 16).

Maguire was released on conditional bail to be sentenced at a later date.

Detective Chief Inspector Jon Bensley, who heads up the Northern CID at Northumbria Police, said: “The offender tried to insist the cocaine and dangerous weapon found at his address did not belong to him, but a jury saw through his excuses and have convicted him of these offences.

“I would like to thank the community for their vigilance in helping us achieve this conviction. The public are so often our eyes and ears and I would encourage people to come forward with information about suspicious activity in their neighbourhood.”

To report any suspicious activity in your local community then call us on 101 or fill in an online reporting form at www.northumbria.police.uk/contact