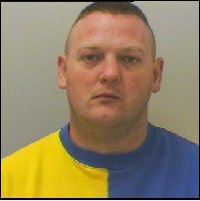 A garage owner has been locked up for life after he brutally assaulted a man before leaving him to die naked and alone in a shallow grave on the Northumberland coast.

Richard Spottiswood, 34, has today (Thursday) been handed a life sentence and told he must serve a minimum of 22 years for murdering Darren Bonner.

On the morning of July 10, 2017, police were called to Shore Road in Creswell after receiving a report of a suspicious noise coming from behind a dry stone wall.

When officers arrived at the scene they discovered 24-year-old Darren Bonner lying in what appeared to be a shallow grave suffering from life-threatening injuries.

An investigation was immediately launched to locate the person responsible for causing the injuries.

Spottiswood, of Canterbury Way, Jarrow, was located and arrested two days later on suspicion of attempted murder after his vehicle was caught on CCTV at the scene.

He had been on holiday at the caravan park with Darren but when questioned by officers, he denied having any knowledge of the incident.

Darren died in hospital after suffering irreversible brain damage – 16 days after he was discovered – and Spottiswood was charged with his murder.

He admitted in court that he had choked Darren but said it was by accident after putting him in a headlock during a fight. He denied a charge of murder.

But last month he was convicted of murder by a jury at Newcastle Crown Court.

Detective Chief Inspector Andy Fairlamb, from Northumbria Police, said he is pleased that a dangerous man has been locked up.

He said: "This has been a tragic time for Darren Bonner’s family and my thoughts go out to them. I absolutely have to commend their bravery throughout this ordeal.

“Even after Spottiswood admitted to choking Darren, he has continued to go on and defend his actions claiming it was an accident.

“The fact that Darren was left in such a critical condition – barely breathing and lying in a shallow grave – absolutely shows how truly cold and despicable Spottiswood is.

“Darren was only 24 years old when his life was cruelly taken and he will be greatly missed by his family and friends.”

Spottiswood’s then-partner, Lucy Burn, 30, of Burn Close in South Shields, was sentenced to 30 months in prison after pleading guilty to assisting an offender. She has spent more than 13 months of that sentence on remand.

In a victim impact statement, Darren’s mum Louise Tumilty wrote: “My Darren was a beautiful soul and would go out of his way to help people especially his friends who he thought of as family.

“He was so loyal and trusted them. He only thought the best of people. He wanted to fit in and belong. He had so many friends in so many places.

“Our family misses him so much. There’s not a minute of the day when I don’t think of Darren.”

The family thanked the staff at Cramlington ICU for their ‘care and support’ and also Northumbria Police for helping to ‘get justice for Darren’.

Louise added Darren’s ashes were made into fireworks which were set off on his birthday with all his family and friends there to ‘see him off on his new adventures’.