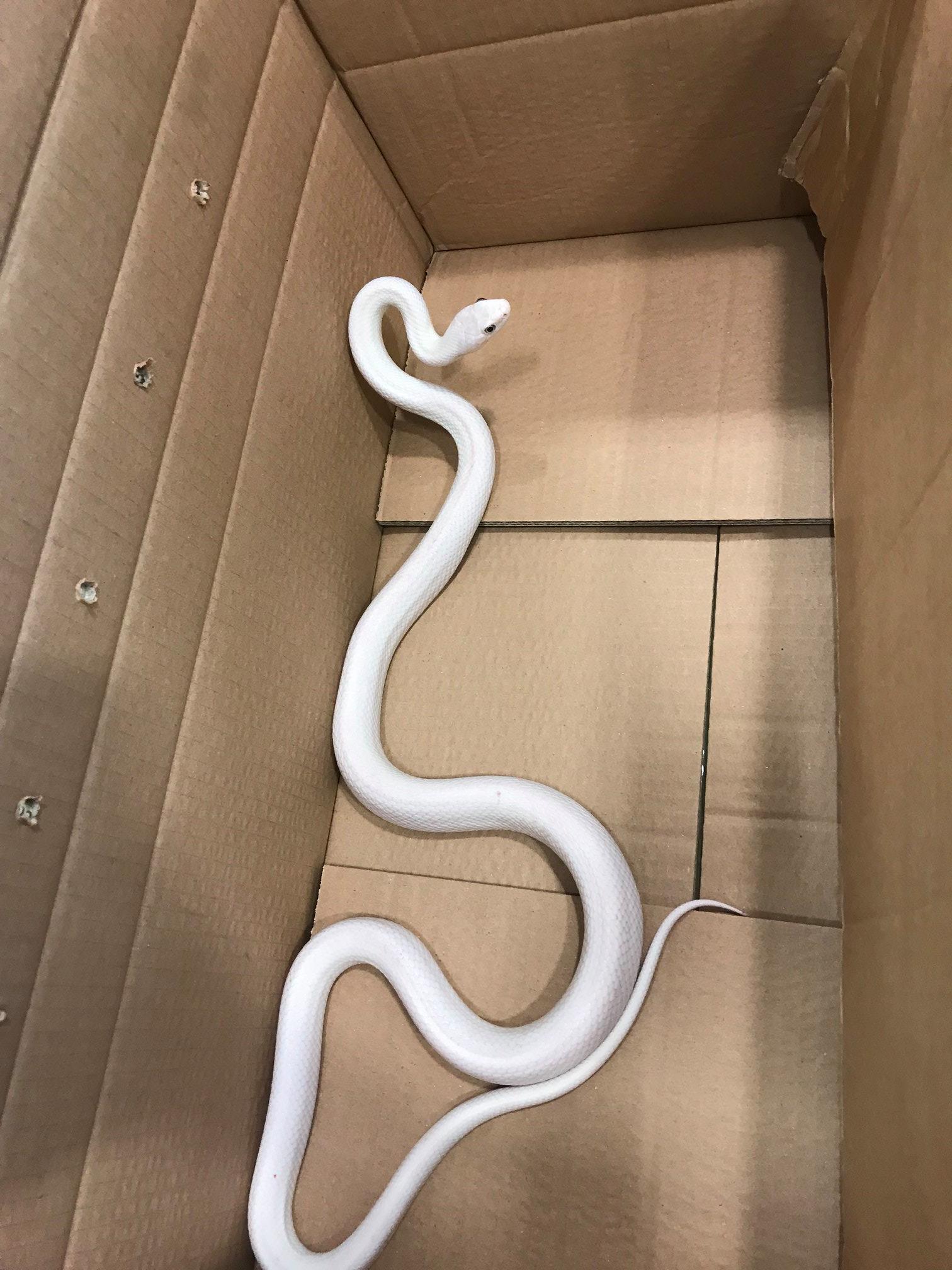 Staff in our front offices are used to unusual packages but they were in for a shock this morning - after being handed a 6ft snake!

They were puzzled when a large cardboard box, with holes punched through it, was handed over the counter by a member of the public.

But their bewilderment soon turned to horror when they realised the massive reptile was having a kip inside.

The snake – a suspected albino corn snake – had been found slithering around in an alley off Dean Street in Newcastle city centre when it was spotted by a female passer-by.

She and a friend were able to get it into the cardboard box before taking it to police as they did not know where else it could go.

After getting over the initial shock, the snake was given a new name of ‘Sandra’ by front office staff at Forth Banks before the RSPCA eventually came to collect it this afternoon.

They will now care for the animal until they can reunite it with its owner or find it a new home.