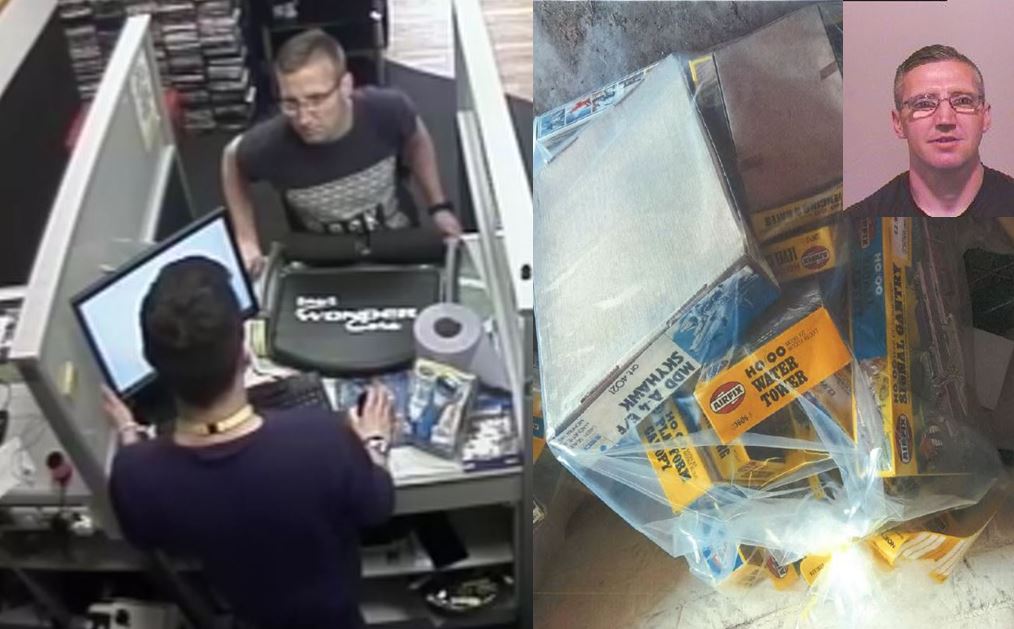 Flogging hundreds of stolen model aircraft kits at a local pawnbroker has led to a man being jailed.

Daniel Robertson, 34, traded in more than 500 vintage Airfix planes, tanks, ships and figures thought to be worth more than £2,000 at Cash Converters, in Jarrow.

The items, which belonged to an 82-year-old pensioner, were discovered when the victim’s daughter inadvertently saw some of her mother’s war-themed items on sale in the shop window.

On Tuesday (December 18), Robertson was jailed for 18 months at Newcastle Crown Court after admitting fraud by false representation and handling stolen goods.

PC Louise Edwards, of Northumbria Police, said: “The victim in this case is an elderly woman who was confused how some of her possessions were found to be on sale in a local pawnbroker.

“Robertson knew these models did not belong to him, but continued to sell them over a sustained period of time in order to earn a quick buck.

“We are committed to protecting the most vulnerable in our communities, and I hope this sentence sends out a message to other criminals in the community that such behaviour will not be tolerated.”

The court was told how the vulnerable victim had suspected several break-ins during May 2018, but did not report incidents to police as it was not clear what exactly had been taken.

On June 2, the victim and her daughter returned home to discover an intruder in the property. A man was seen climbing out of the upstairs landing window before making off.

Nine days later, the woman then discovered a bag of vintage model aircrafts, which had been left in the hallway, had disappeared from the property.

Later that month, the victim’s daughter passed Cash Converters and saw some of the stolen goods on sale.

She contacted police and an investigation was subsequently launched, with assistance from Cash Converters, which led to officers seizing in excess of 250 stolen items.

It was later discovered that Robertson had traded various goods at Cash Converters during May and June 2018, receiving more than £1,250 in cash during a series of visits.

In interview, he claimed he had been given the items by a friend who had been “clearing houses” in the area.

Robertson, of Percy Street, Jarrow, has been jailed for 18 months after admitting eight counts of fraud by false representation and four counts of handling stolen goods.

He was cleared of four counts of burglary after pleading not guilty.