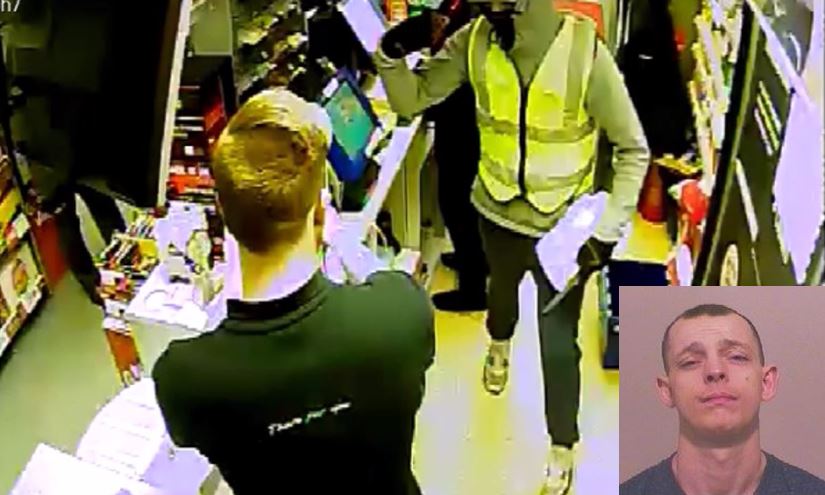 Steven Rice, 33, was jailed for five years and 10 months after robbing the Spar store on Lord Street

A knife-wielding robber who inadvertently dropped a plastic bag which contained paperwork displaying his address has been jailed.

Armed with a kitchen knife, Steven Rice, 33, robbed the Spar store on Lord Street, South Shields, on the afternoon of April 14 this year.

Rice, of no fixed abode, helped himself to tobacco pouches behind the counter before also making off with a bundle of notes and a bag of coins to the value of nearly £300.

However, as he fled the scene, Rice dropped a carrier bag which led officers directly to an address on St Vincent Street, South Shields where he was staying. Cash and clothing found inside was subsequently seized by police.

He initially refuted his involvement in the robbery but pleaded guilty to the offence at Newcastle Crown Court in September.

On Monday (December 3), he was jailed for five years and 10 months with an extended licence for three years upon his release.

Detective Sergeant Gaye Martin, of Northumbria Police, said: “This was a selfish act which will have been absolutely terrifying for employees who were confronted at knifepoint while carrying out their daily jobs.

“As a result, I am pleased that Steven Rice is now behind bars and this sends a message to would-be offenders that they will not get away with this type of crime.

“Rice thought he would be able to get away with his actions and insisted his innocence throughout the investigation, until the weight of evidence against him was overwhelming.

“We are committed to tackling this type of crime which undermines the fabric of our communities, and will continue to pursue offenders and bring them to justice.

“There is no doubt that residents and businesses in South Tyneside can sleep more peacefully at night knowing Rice has now been taken off our streets.”

Rice admitted one count of robbery and now begins a spell behind bars.