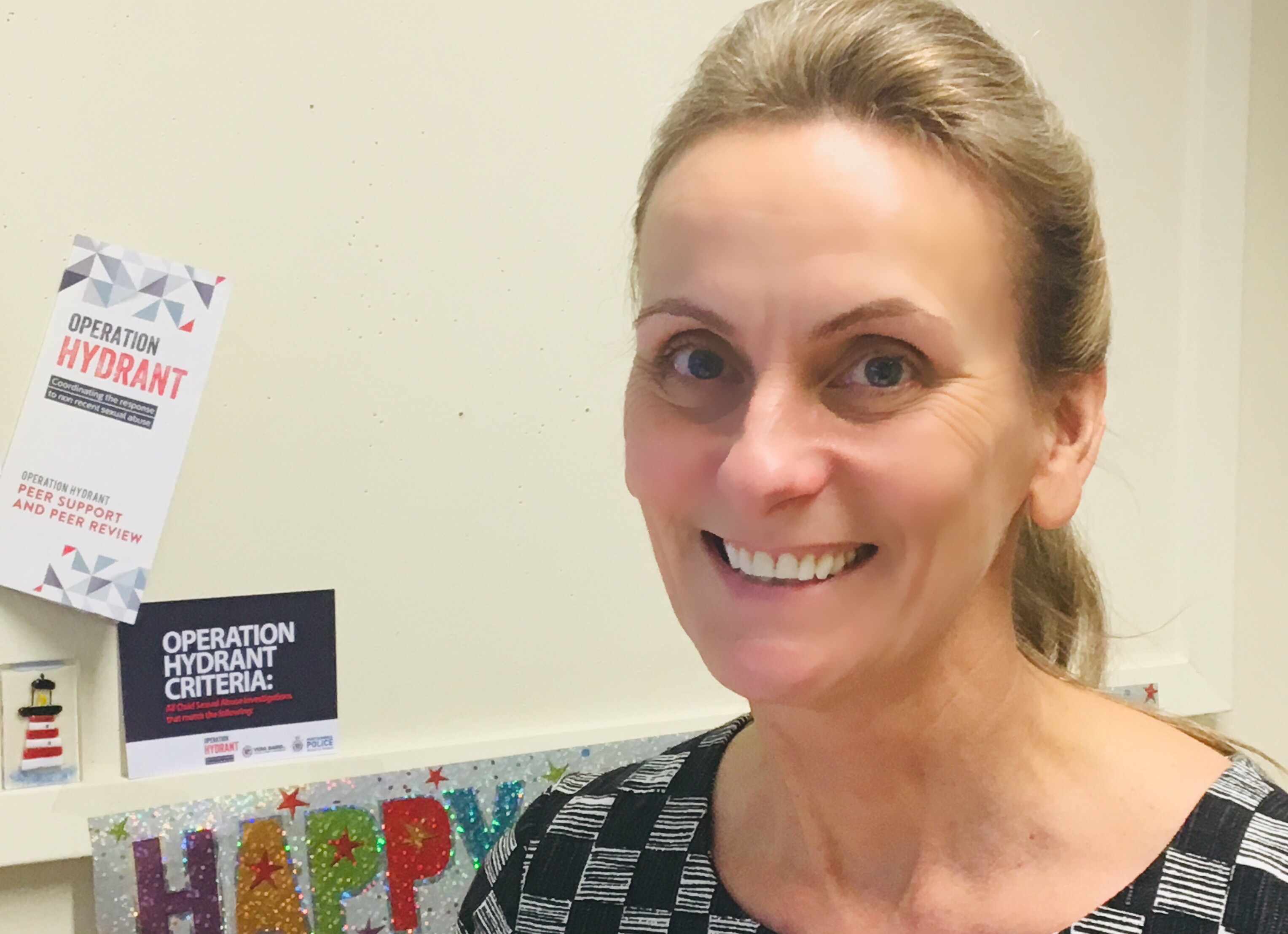 This is Detective Inspector Denise Clark. After 30 years of protecting vulnerable children from abuse, she is preparing to leave the police station one last time...and with absolutely no regrets.

On her first day on the beat, she walked through the doors of Gill Bridge Police Station in Sunderland. After four-and-a-half years in uniform, an opportunity arose for Denise to join CID on a large-scale child abuse operation. It was then she saw the true scale of, sadly, just how many vulnerable children are out there who need help. Denise was very career driven but always in the back of her mind, she knew that protecting vulnerable people and children was where her passion lied.

Progressing through the ranks to Detective Inspector by 2005 Denise was leading the - at the time named - Protecting Vulnerable People team at South Tyneside and every day her focus was to make a difference; change a life for the better.

Denise has spent the final chapter of her career within the Force's Safeguarding department and her specialist area is still protecting vulnerable children – past and present.
Two years ago in December 2016, Denise helped launch Operation Tide – a large-scale investigation into historic child abuse within the football community.

Denise led the very sensitive and intricate investigation with countless witnesses coming forward with information, each one to be carefully considered to gather as much information as possible.

As part of this operation, one of her biggest achievements was seeing historic sex offender George Ormond jailed earlier this year for abusing young boys.

In July, Ormond, aged 62, was sentenced to 20 years for sexual offences against 18 young boys over a span of 25 years.

Denise said: "It's been a rollercoaster but I wouldn't have changed a thing. Operation Tide has definitely been something special to work on and certainly the biggest achievement for me personally.

"Just the thought of what those boys went through and to have lived with that all their lives until now is devastating. These now grown men have been incredibly brave in coming forward after all these years. I wanted to give them their lives back and help them seek justice.

"It is truly satisfying to be able to deliver a positive result for these victims – I feel like we've made a big difference. "

As Denise closes one door it opens another for someone new to join the team and we asked Denise what her advice would be to someone looking to join the world of Safeguarding.

"Be prepared to work hard," she said.

"There are some really tough days – and sometimes the outcomes don't always go the way you'd hoped. However, these bad days are massively outweighed by the good days – the really, really good days – the positive outcomes and justice for victims who can't fight for justice themselves.

"The sense of achievement is greater than any other job you will do. You genuinely can make a difference. It is a job like no other. "

Denise will spend her retirement walking in the lakes with her hubby and border collie.

Maybe one day, she will return to the Force but for now it's farewell and thank you, Denise.

In the coming weeks, we will be sharing more stories of some of the faces behind the uniform as part of a new feature called #ProudOfOurPeople.

If you feel inspired to consider a career within Northumbria Police, please visit our website at: https://beta.northumbria.police.uk/our-services/apply-or-register/careers-with-northumbria-police/