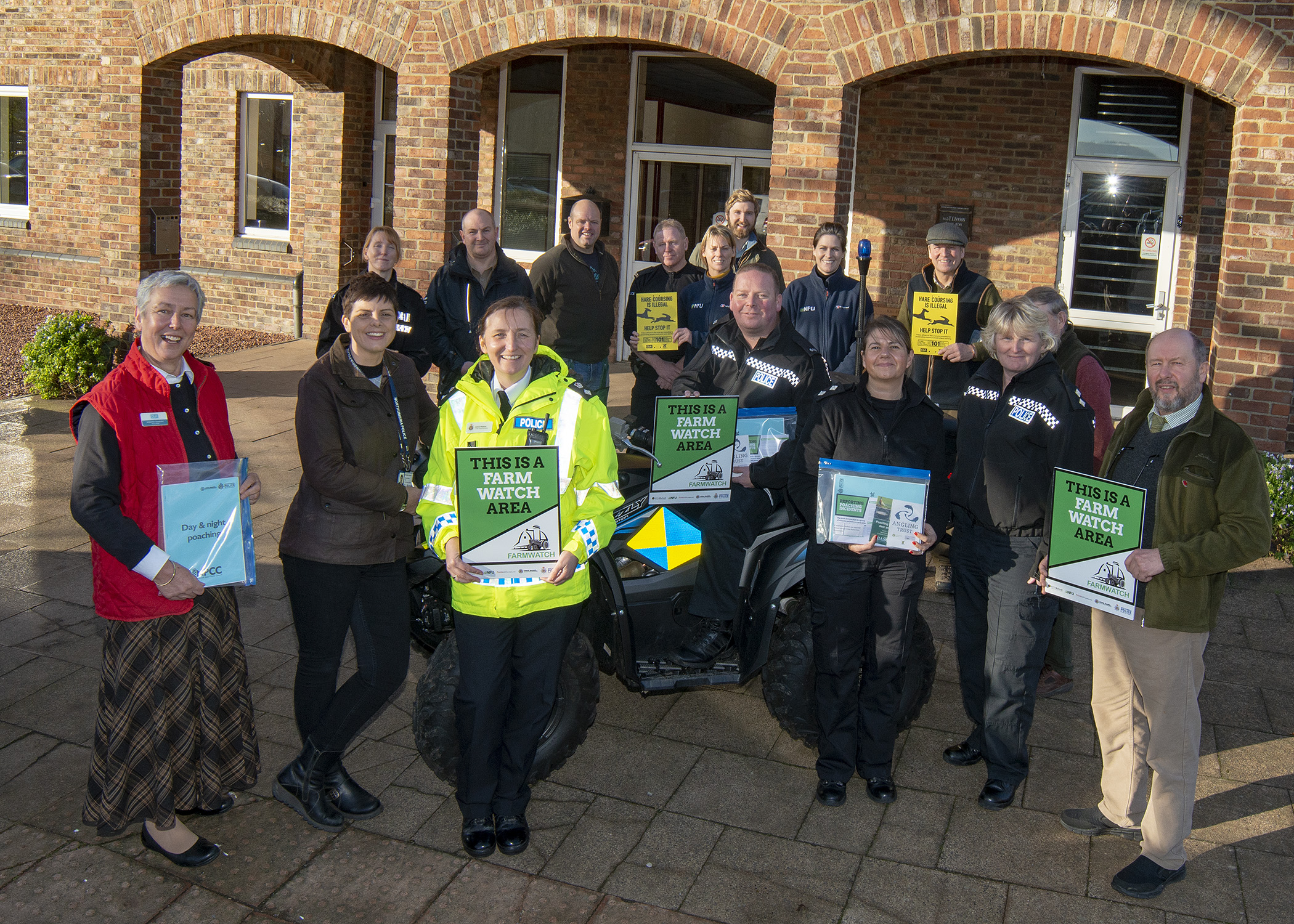 Specialists packs have been launched to help police officers secure convictions against poachers.

Northumbria Police are rolling out new ‘poaching packs’ to officers across the Force in a bid to crackdown on wildlife crime.

The kits – which include guidance on prosecution and legislation – were designed to help officers provide better evidence for court when dealing with and investigating incidents such as poaching and hare coursing.

On Friday (November 30), the poaching packs were officially launched at a rural crime prevention event hosted with the National Farmers’ Union (NFU) for North East and Hexham.

The annual event – held at Hexham Mart – also saw local gamekeepers and volunteers who took part in the latest crackdown on rural crime – known as Operation Checkpoint – in attendance.

Wildlife officers were on hand to offer crime prevention advice to members of the public, as well as to engage with the community around any rural crime related concerns.

Chief Superintendent Janice Hutton of Northumbria Police said: “The poaching packs will ensure our officers are better equipped when dealing with offences such as poaching and hare coursing.

“Rural crime can have a devastating impact on the rural communities we serve and by working with our partners we are committed to clamping down on this type of offending.”

She said: “It’s important that Northumbria Police deliver effective policing to our rural communities and I’m determined to see that this continues.

“Our rural police officers will work closely with partners to ensure this initiative is built upon and that we continue to tackle the issues that affect our rural communities. I look forward to receiving an update on this scheme from Northumbria Police.”

“We, at the NFU and NFU Mutual, are doing all that we can to raise awareness and support our farming members, through our efforts to help combat rural crime. We continue to emphasise the importance of reporting all crimes, no matter how small, to ensure that the statistics show a true representation of the level of rural crime across the county.

“It is great to see the measures being taken by Northumbria Police to proactively tackle the poaching issue, giving farmers the confidence that this type of crime is being taken seriously.”

“One thing I have found working as I do in the countryside that at times you feel isolated. To work with the police like this has certainly given me huge confidence and a greater understanding of rural policing.

Anyone with concerns can report suspicious activity in rural areas by calling police on 101 and asking to speak with their Neighbourhood Policing Team.