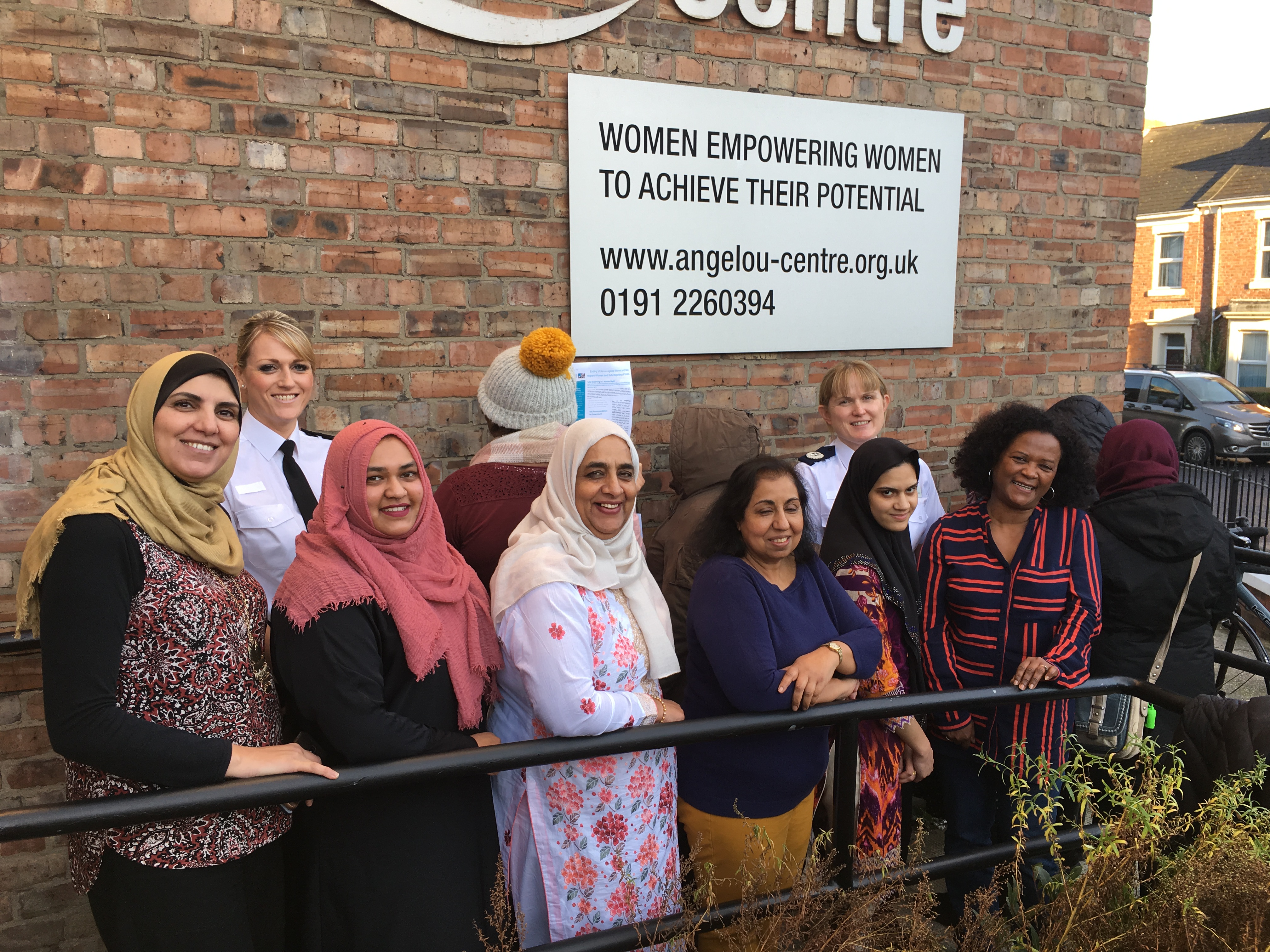 As part the United Nation’s 16 Days of Activism, Northumbria Police spoke to survivors who had been supported by the Angelou Centre

Women who have been subjected to forced marriage, domestic slavery, honour-based abuse and coercive control have all come together to show support is available and encourage others in similar positions to come forward.

As part the United Nation’s 16 Days of Activism, Northumbria Police spoke to survivors who had been supported by the Angelou Centre, a black and minority women’s-led charity which works closely with the Force in supporting victims and their families live through life-changing situations.

The 16 Days of Activism was launched with White Ribbon Day and calls for an end of male violence against women and girls.

Northumbria Police and Crime Commissioner, Dame Vera Baird QC, said: “The White Ribbon message is clear. It is aimed at men to stand up to say that domestic abuse is unacceptable. Many thousands of officers have been wearing a white ribbon to show that they will continue doing everything within their power to put an end to it.

“It is great that these brave women, from all walks of life are giving the campaign such inspiration. These are such hard subjects for people to talk about but we are grateful that they found the courage to do so. By sharing their experiences they are helping raise awareness and together we all need to do all we can in the fight to stop this horrific abuse.”

Assistant Chief Constable Rachel Bacon, Northumbria Police’s Safeguarding lead, praised the ‘incredible bravery’ of the women who had come forward to speak out.

She said: “These women have been incredibly brave to open up and share their stories with us to help raise awareness of both White Ribbon and the Angelou Centre – and encourage others suffering similar abuse to come forward.

“I hope their stories can give strength to those who feel trapped in abusive relationships to seek the help they so desperately need.

“As a Force, we are committed to tackling domestic abuse in all forms.

“I would urge anyone being abused – please don’t suffer in silence. We are here for you and our specialist officers will do everything they can to protect you.”

Rosie Lewis, Deputy Director, from The Angelou Centre said: “During these 16 Days of Activism to end violence against women and girls it is important that we remember to include the experiences of black and minority migrant women, women who may have no recourse to public funds and are unable to access safety in mainstream refuges.

“As the only specialist service for black and minority survivors in the Northumbria Police force area, it is vital that the Angelou Centre works in partnership with the police to ensure that the women who access support from our holistic services are responded to effectively, listened to and believed.

“As these moving testimonies show, many women who experience extreme forms of violence, control and abuse can, with the right specialist support, survive, recover and thrive.”

The 16 Days of Activism come to a close today (Monday) with Human Rights Day.

The stories below are from woman who have been supported through some truly harrowing experiences – and are now optimistic about what the future holds. Their names have been changed to protect their identity.

Brazna has lived and worked in the North East for more than 10 years and opened up about the coercive control and honour based violence she suffered at the hands of her husband.

After years of not being allowed to buy food for her children and do the household shopping, she finally accessed support from the Angelou Centre and she and her children moved into refuge accommodation after months of being told they would not be able to go to a safe refuge because of her financial situation.

When a violent outburst saw her husband hit her three-year-old so hard, she flew across the room, Brazna knew she had to leave and get help.

She said: “It doesn’t matter how many years you’ve been through it, it doesn’t matter if on the face of it you look OK and things seem normal, you will be believed, do not give up.”

“Every human being is worth something and that’s what these people (perpetrators) do to us – they take our self-worth away. You might have a good façade but they take the self-worth from the inside and what puts it back is being connected with other people, and the Angelou Centre did this for me, they connected me with everything.”

Sadia wanted to take her own life after being trapped in a forced marriage with a man 10 years older than her.

She said: “I was forced into a marriage with an older man and when I told my family I didn’t want to get married, they beat me. I was brought to the UK where I had my passport taken off me, I was not given a phone and I was not allowed to leave the house. I was often sexually assaulted, I couldn’t talk to my family and I just wanted to die. I felt trapped – like a sparrow in a cage.”

One day, a carer smuggled a phone to Sadia so she could call for help. Sadia’s uncle came and rescued her, taking her to the North East to live with him. But the psychological toll meant she was too frightened to live with him and the men he shared a house with.

“I went out and walked down the street and just cried and cried,” she said. “A taxi driver stopped and asked me if I was OK and I told him everything. He told me he knew of a place where I could get help but I didn’t want to get in the car with him because I didn’t trust him. So, he said if I walked behind the car he would drive really slowly and he took me to the centre.

“I didn’t know what was behind that door and I was really frightened, but it saved my life. Now, I have a job and friends and my own life. Please do not force your girls into marriage for financial gain or any other reasons.”