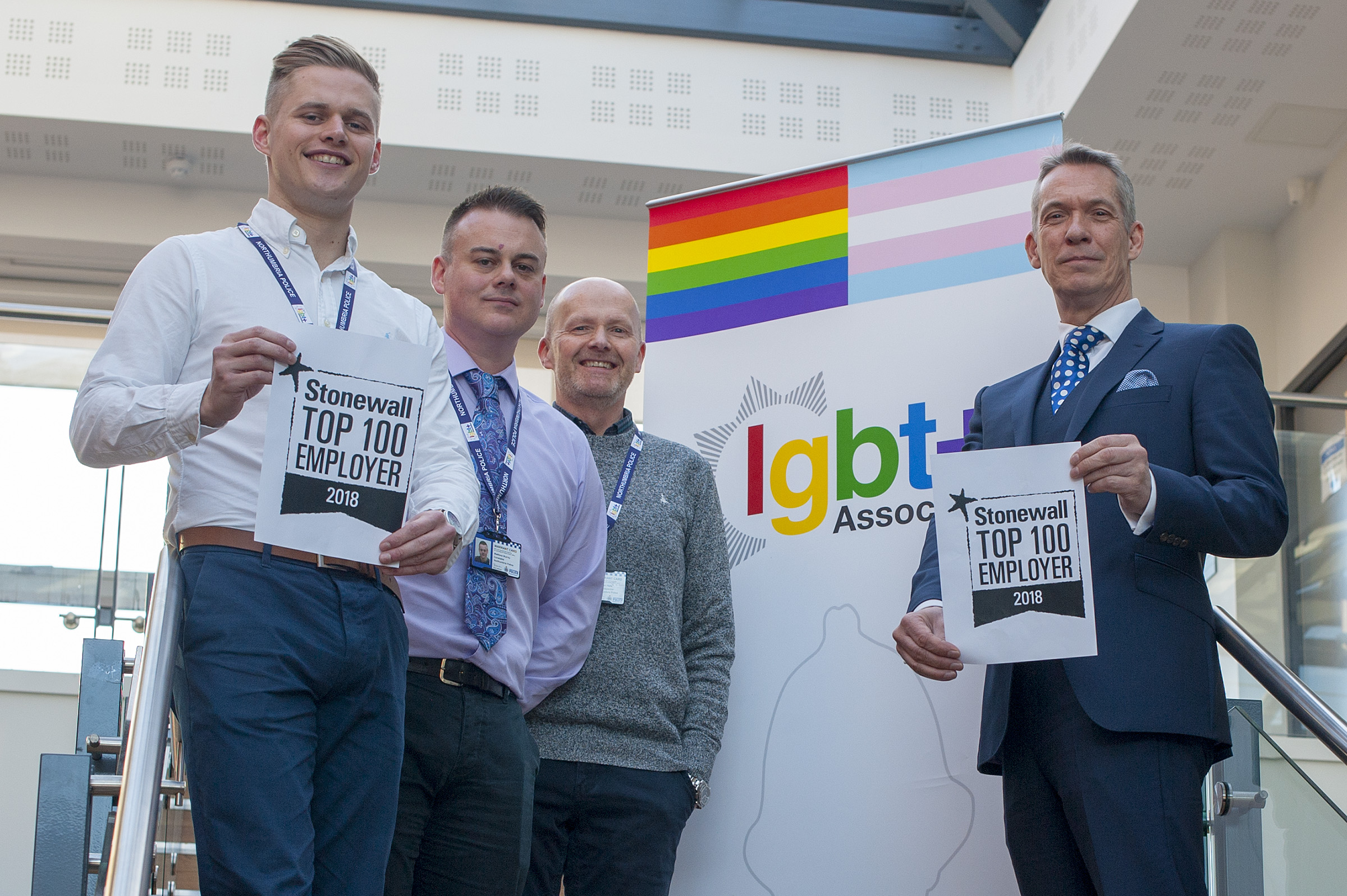 The Force comes in at number 69 which makes it one of the top five police forces in the country for supporting LGBT+ officers and staff.

The charity Stonewall has announced the country's top employers today - with Northumbria Police jumping almost 100 places to its highest-ever position.

Today (Wednesday) the LGBT+ charity announced their list of the best performing employers on their Workplace Equality Index 2018.

The index is their annual audit of workplace culture for lesbian, gay, bi and trans staff and takes place at organisations across the country.

Last year Northumbria Police dropped out of the top 100 but now it has emerged they have jumped 99 places to cement their position in the top 100.

The Force comes in at number 69 which makes it one of the top five police forces in the country for supporting LGBT+ officers and staff.

It comes after Northumbria set up a dedicated LGBT+ Support Association to engage with members of the LGBT+ community and offer support to the workforce.

Following the publication of the list, Deputy Chief Constable Darren Best said he was "incredibly proud" of the Force's position and in particular praised those involved in the association.

He said: "I am incredibly proud that our organisation has jumped 99 places to achieve what is our highest-ever position in the Stonewall list of top 100 employers.

"We want to make sure all of our officers and staff have support networks in place regardless of their age, gender, race or sexuality and this highlights the fantastic work which is being achieved.

"It is also a great testament to the work we are doing with LGBT+ communities in our region to make sure that they have confidence in us as a police force.

"Our LGBT+ Association has played a crucial role in this and established really strong relationships with members of the public to find out what we can do better as an organisation.

"I will do everything I can to make sure they have the tools to improve those relationships and to continue to support lesbian, gay, bi and trans officers and staff.

"We will endeavour to improve and hopefully next year we can break the top 50."

Matt Murray is a detective constable in Central CID but also dedicated hours of his own time as co-chair of the LGBT+ Support Association alongside PC Amy Tapping.

He said the association has gone from strength-to-strength in the past 12 months and attracted members from across the organisation.

Matt said: "We have worked really hard to ensure we are an inclusive association and, although many of our members don’t necessarily identify with being LGBT+, they want to learn more about that community.

"This means they can offer support where they can to their colleagues but it also puts them in a better position when engaging with members of the public who identify as lesbian, gay, bi, trans or non-binary.

"The fact that we have jumped 99 places in just one year shows we are on the right track and we want to continue to build on the work of this association."

The Northumbria Police LGBT+ Support Association are on Twitter and can be found by searching @NPLGBT.