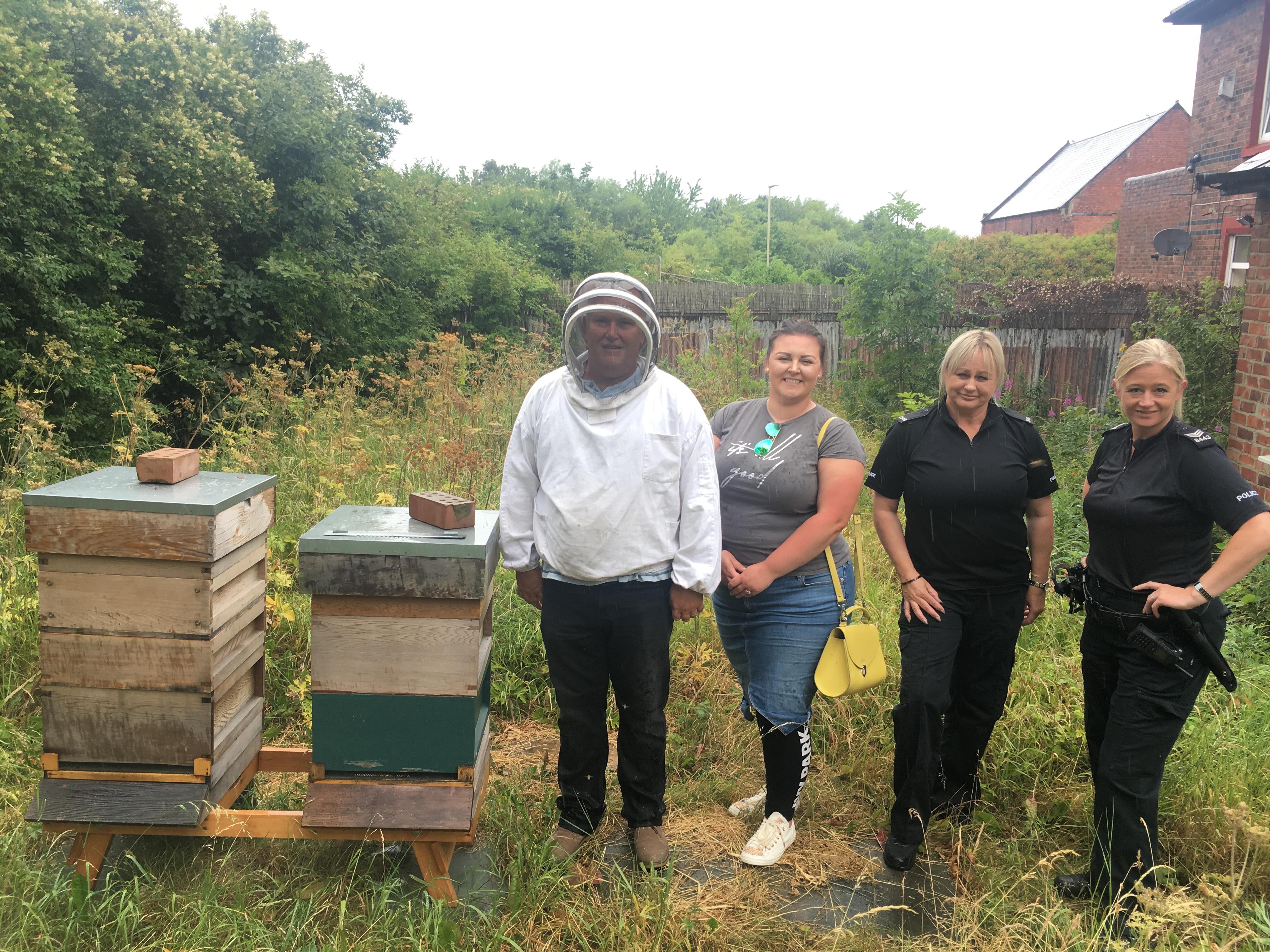 A beekeeper in South Tyneside has been “blown away” by the public’s kindness after a police appeal prompted a national fundraising drive which went viral.

On May 27, Steve Cattanach found two of his hives in Carr-Ellison Park, Hebburn, had been smashed up by vandals – killing about 120,000 bees.

Police issued an appeal for information in a bid to trace those responsible, and the incident captured the imagination of Good Samaritan Nina Goudie.

Moved by Mr Cattanach’s anguish, the generous 33-year-old, of South Shields, set up a crowdfunding page to try to raise a small sum to cover the cost of some replacement hives.

But what followed was extraordinary as more than 280 well-wishers from across the UK put their hands in their pockets to raise more than £3,000 for the bee enthusiast.

“I’m just blown away by the response. It’s nice to know there are so many good people out there,” said Mr Cattanach, 60.

“I want to thank everyone. It’s been phenomenal. I’m going to buy some new hives to replace those that were destroyed, and then put another up at Westoe Crown Community Hub.

“I want to also keep going into schools, like I have for the last six or seven years, to teach children about the importance of bees. Albert Einstein said that if bees didn’t exist then man would only have four years to live – hopefully I can pass on my knowledge to inspire future beekeepers.”

Miss Goudie, a student nurse at South Tyneside District Hospital, was preparing to go to the cinema when she stumbled across the police appeal for information on social media.

“I saw it on Northumbria Police’s Facebook page and I thought it was really sad,” she said. “It was just mindless, such a shame – so I wanted to do something to help.

“I asked if anybody had organised a donation page, as I thought it would be a nice idea to raise a bit of money to help Steve buy some replacement hives. Everyone seemed to think it would be a good idea, but I kept hitting refresh and nobody had set anything up.

“So that’s when I just decided to go for it. I set it up and then went into the cinema, and when I got out, I had a look and it had already gone past £600.

“I was amazed as the total continued to grow, and I’m just so pleased for Steve. What he does is fascinating and very educational. He gives up his time for others – now hopefully this money can help him build some new hives and continue his work in local schools.”

She continued: “I didn’t know Steve at all, and I was initially worried about how I’d get all this money to him. But I tracked down his wife on Facebook, and now I’ve made a couple of friends for life.

“It’s funny how it’s worked out and I’m so thankful to everyone that donated to help make a positive out of what happened.”

Reunited with Miss Goudie at his home in South Shields this week, Mr Cattanach added: “I’m so grateful to Nina for doing what she did. I didn’t even think it was possible – it’s an incredibly kind thing that she did.

“A huge thank you to everyone – Nina, the police, and especially the public – you have blown me away.”

Sergeant Claire Fada and PC Nicola Bute, of Northumbria Police, have also kept in regular contact with Mr Cattanach and have been touched by the overwhelming response.

“This was an incredibly upsetting crime which caused Steve a massive amount of heartache and frustration,” Sgt Fada said.

“So it’s fantastic to see the support that he has received from across the country. We look forward to continue seeing Steve at community events and in local schools, offering his expertise and passion for beekeeping.