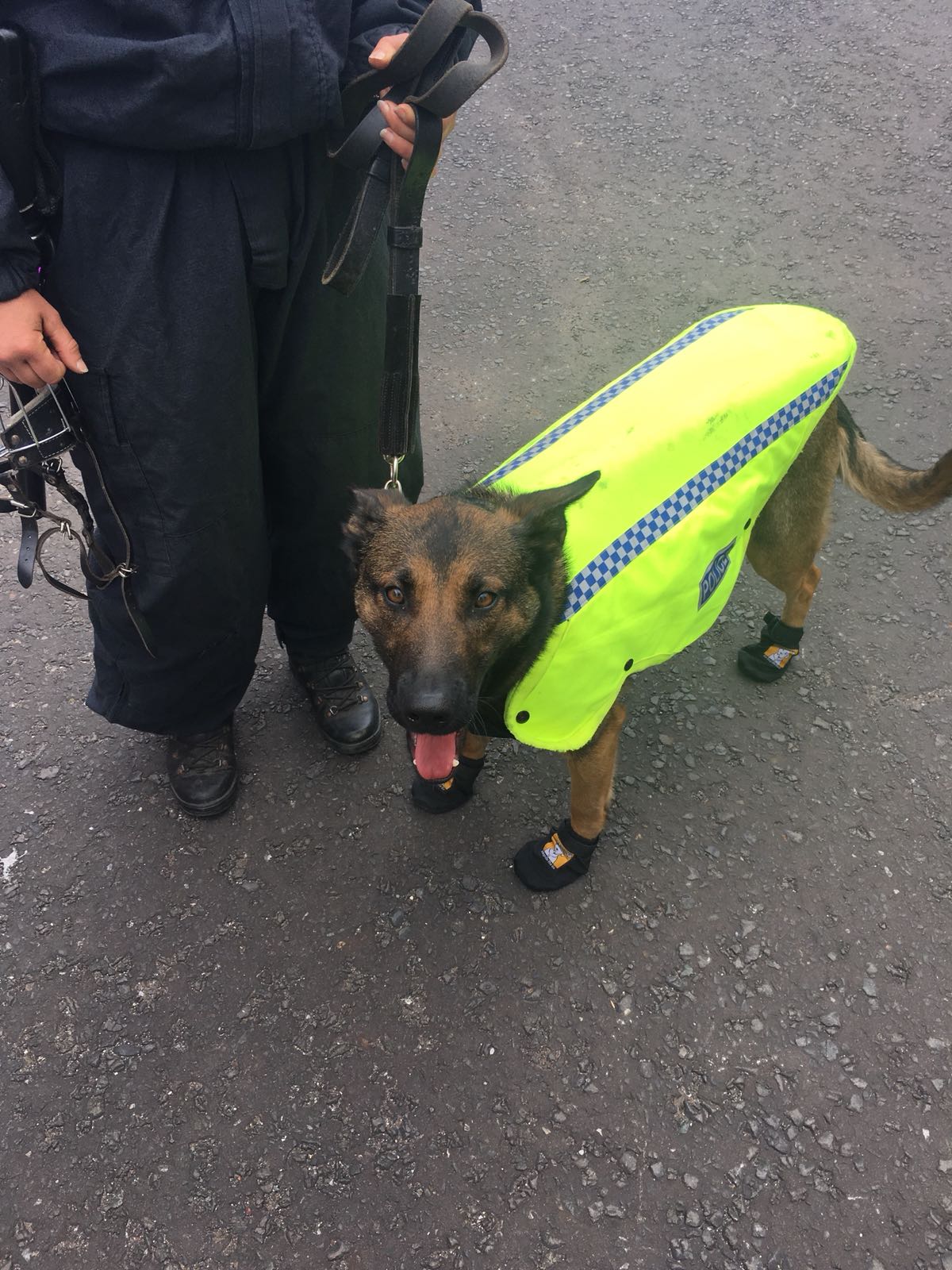 Crime-fighting K9s to be kitted out in police SHOES!

Crime-fighting pooches are learning to tread carefully in their career as a police dog - after being fitted with specially-made SHOES.

Their role often sees them confronted with hazardous environments or people who are prepared to attack them to evade capture.

The dogs spend more than a year training to be a fully-licenced police dog to prepare them for any situation they may be faced with.

But now they are being kitted out with a less orthodox piece of uniform - specially made SHOES!

In their public order training this week Vinny, Oakley, Pike, Rab, Q and Quinn pulled on their new kicks that have been designed to prevent their paws from being injured.

Most of the dogs have tried them on before but for newly-qualified PDs Quinn - alongside puppies Q and Pike - it was a first and his handler Hayley said it took a bit of getting used to.

She said: "We have all seen those videos where dogs have had shoes on and walked a bit funny and Quinn was no different at the beginning.

"I don't think he really knew what was going on but he got used to them eventually and that is really important for his development.

"There will be times that he has to pull them on in the future so these types of training sessions are valuable to prepare him for the real thing."

Rich Davies is a dog trainer at Northumbria Police and said that the shoes are a really valuable piece of kit for when the K9s are in a potentially hazardous environment.

He said: "Our dog handlers are often deployed to properties where there may be hazards whether that be broken glass, needles used to take drugs or even chemicals.

"Their paws are quite tough but they do get cut and that can be very painful for the dog and keep them off work for a few days.

"The welfare of our police pups and K9s is very important to us and so we do try to get them trained in using the dog boots.

"We regularly train them in how to respond in hostile environments and so this was a great opportunity to get them used to the boots again.

"They all did a great job and Quinn in particular was fantastic considering it was the first time he had worn the fancy footwear!"