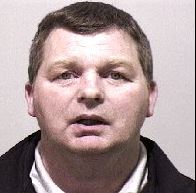 A former football coach from Newcastle has today been convicted of sexually abusing players in his care.

George Ormond has been found guilty by a jury of 36 historical sex offences after a trial at Newcastle Crown Court.

The 62-year-old was previously jailed in 2002 after a number of men who played in his youth teams came forward to say he had abused them.

Ormond was handed a six year sentence but no further offences came to light following his conviction and he was released after spending more than three years behind bars.

But in 2016 a number of former football players across the country went public about abuse they said they had suffered at the hand of their coaches.

As a result, Northumbria Police received a further complaint against Ormond in December of that year from a player he used to coach.

An investigation was launched and as a result of the publicity further victims came forward to report he had abused them.

Police then carried out an intensive investigation to identify as many children as possible who had come in contact with Ormond during his coaching career.

It resulted in a total of 19 victims being identified and Ormond was charged with 38 counts of historical sex offences that occurred between 1973 and 1998.

A court was told how he regularly massaged male players as young as 11, sexually assaulted them in the woods and abused them after getting them alone in his car.

He made them think that nobody would believe them if they reported the abuse and even threatened to drop them from the team.

The prolific offender even told one boy who rejected his sexual advances that he could "crush his dream" of being a professional footballer.

Ormond denied all the offences put to him by the prosecution but today (Tuesday) he was convicted by a jury of all but two charges at Newcastle Crown Court.

Following the case, Detective Superintendent Mick Paterson branded him a "predatory paedophile" who used his profile to exploit boys.

He said: "George Ormond is a predatory paedophile who abused his position of trust to take advantage of vulnerable boys.

"Playing football was what these boys loved and in many cases Ormond destroyed the passion they held for the game.

"Some of them gave up playing football for good because of his abuse and he robbed his victims of the happy childhood they deserved.

"In many cases the victims have not spoken to anyone about what Ormond did to them and have had to deal with this all by themselves.

"I want to make it absolutely clear that what George Ormond did to those children was horrific and he is deservedly facing time behind bars.

"He has shown no remorse throughout this case and has instead tried to discredit those victims who bravely reported the abuse to police.

"If it was not for the courage of those victims who came forward then Ormond may never have been held accountable for his actions.

"Because of their bravery, victims of sexual abuse who have not spoken to police may now come forward and for that I commend them.

"This case shows that predatory men like George Ormond can still be tried and convicted, even decades after the abuse has taken place.

"If you are a victim of sexual abuse then I would urge you to come forward so we can offer you support and do what we can to put offenders behind bars."

An NSPCC spokesperson said: “This is the latest case of a football professional sickeningly exploiting his position of trust to sexually abuse young boys who dreamed of a career in the sport.

“Many of his victims suffered in silence for years out of fear they would not be believed but their immense courage in speaking out has now helped bring their abuser to justice.

“A number of Ormond’s victims contacted the NSPCC’s football abuse helpline on 0800 023 2642 – and we would urge any survivors of child sexual abuse in football to do the same.”

During his trial, Newcastle Crown Court was told how Ormond exploited boys through his work as a football coach in the local community.

In the mid 1970s he became involved with a local football team for under 18s based in the west end of Newcastle.

The court was told how during this time he also helped with extracurricular activities at a local school in the city.

In the early 1990s he became involved with youth teams at Newcastle United FC where he held a role as a kit man and bus driver.

Prosecutors told the court how Ormond was liked and trusted by those he worked with and appeared popular with the children and their parents.

Over his 20 year career as a coach he assumed an authoritative position which prosecutors said he "cynically manipulated" to his own advantage.

All-but two of his victims were football players at his youth team or at the Newcastle United academy.

He denied 36 counts of indecent assault, one of indecency with a child and one count of buggery.

But a jury convicted him of all but two of the charges against him and he now faces a lengthy spell behind bars.

He was found not guilty of one count of sexual assault and the charge of buggery.

Ormond, who is of no fixed address but is living at a temporary address on Tyneside which we cannot published due to a reporting restriction, was remanded in custody and will now be sentenced at Newcastle Crown Court later this week.