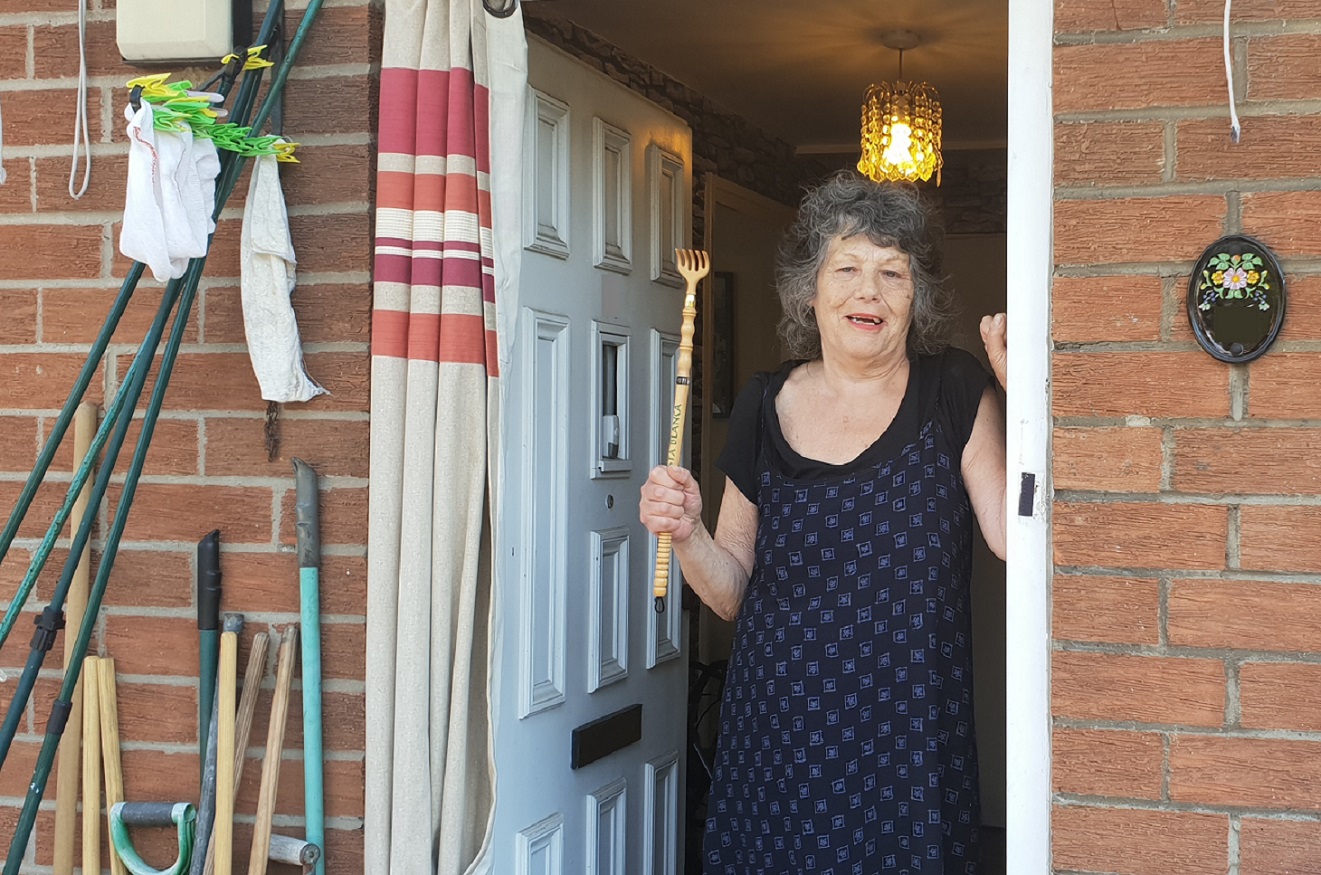 Great-gran praised by detectives for forcing burglar out her home

A great-grandmother who threw a burglar out of her house has been praised by police detectives who continue to hunt for the person responsible.

Joyce Ross, 73, has been praised by detectives after confronting an intruder who broke into her home in Byker on Monday evening.

She was relaxing at home on Denmark Street when she heard the man enter the ground-floor flat through her unlocked front door at around 6.15pm.

Joyce confronted him in her living room and armed herself with a wooden back scratcher and screamed at him to "get out!"

The man refused and stayed in her home for 15 minutes before Joyce grabbed the thief and forced him out the front door.

The shocked burglar then fled the area and the great-grandmother-of-four contacted police. She later found her canvas handbag had been stolen.

Emergency services responded and Joyce was treated at the scene by paramedics for a small cut to her head sustained in the struggle.

Detectives are now appealing for help from the public to identify the man and have also praised Joyce for her bravery.

Detective Sergeant Tony Scott, of Northumbria Police's Central Burglary Team, said: "The man responsible is most likely an opportunist thief so people would have seen him on Denmark Street before this incident.

"He has entered the house through an unlocked door and been able to make off with Joyce's purse but I am sure he wasn't anticipating the reception he received.

"Joyce showed great courage to stand up to the man and force him from her home. We are making sure she is safe and supported but I want to praise her for her actions.

"We would never advocate people to confront a burglar but Joyce kept her composure and removed an opportunist thief from her home.

"This intruder has targeted a pensioner thinking that she may be an easy target but she was more than a match for him and he's fled.

"Joyce was also able to get a good look at the intruder and we are confident that, with the help of the public, we can find the person responsible.

"We want to ask residents in the Byker area to get in touch if they did see anyone acting suspiciously in the area of Denmark Street."

Joyce, who has been in the property for 18 years, said she wasn't thinking about her safety when she grabbed hold of the men.

The pensioner, who has lived in Byker her whole life, said: "I had my blinds shut and windows shut to keep the sun off the TV so I didn't see him coming.

"I heard the handle go on my front door and so I shouted 'who's there' but nobody answered so I got off my sofa and went to the passage.

"At first I picked up my butter knife but he pushed that away, then I got my phone and told him I was calling the police but he just slapped it out my hand.

"That's when I picked up my back scratcher and tried to hit him. We started to scuffle and he pushed me. That's when I hit my head on the door frame.

"Eventually I managed to push him out. I think it was a sigh of relief when he did finally leave. I don't know what had come over me.

"It still hasn't sunk in, I just need to unwind and settle down but I do think I would do the same thing again.

"I am very proud of myself for standing up to him. He obviously thought I was an easy target but now he knows I'm not."

Police are keen to speak to anyone who may have seen the burglar in the area on Monday night and have encouraged anyone who saw suspicious activity to get in touch.

The man is described as white, of thin build, scruffy looking, around 6ft 2in tall, possibly aged in his early 40s and with short, light brown hair.

If you think you have information that could assist the police investigation then contact officers on 101quoting log 1026 02/07/18.