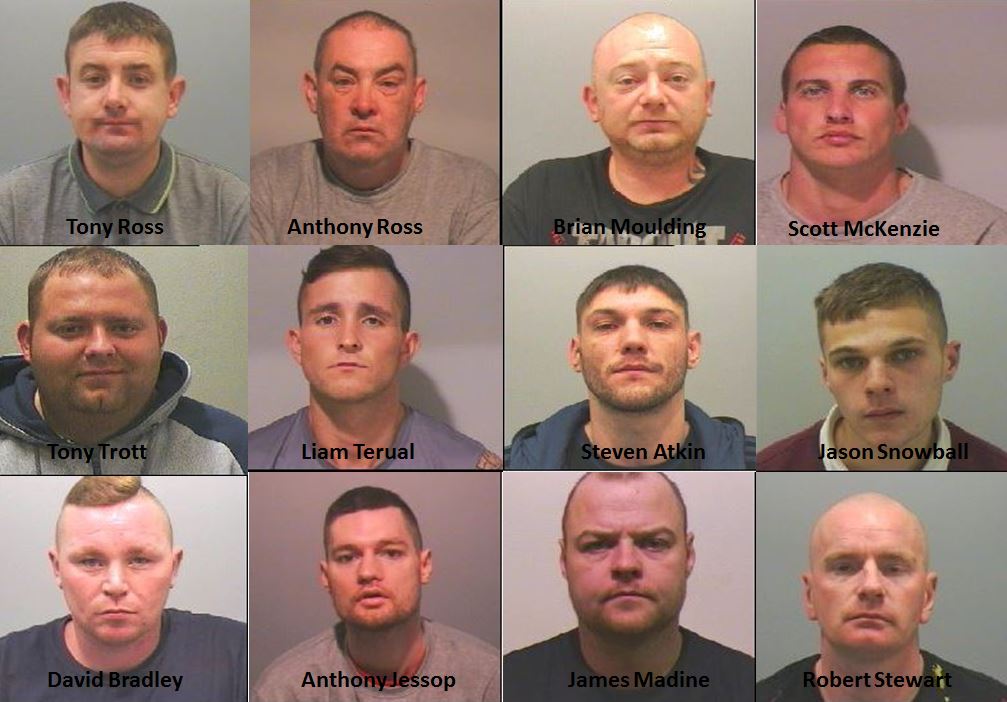 An organised crime group involved in the large-scale supply and distribution of class A and B drugs across Northumbria face jail.

The gang have been convicted for a conspiracy that saw them flood the North-east with cocaine and cannabis.

A six-month operation saw officers gather evidence of the drug ring operating out of a number of addresses in Blaydon, Winlaton, Burradon and North Shields.

Police carried out a number of raids in October 2016 as part of the investigation, initially arresting nine men including the three supposed ringleaders.

More than a kilogram of cocaine which was being circulated by the gang was seized and a dozen addresses searched.

A professional cannabis farm was also found being run on the Camperdown Industrial Estate, Burradon.

After gathering sufficient evidence to pursue a prosecution, a dozen men were charged in connection with the supply and distribution of illegal drugs.

Yesterday (Thursday, July 5) at Newcastle Crown Court, the gang were convicted and told they face a lengthy custodial sentence.

A number of the gang had previously pleaded guilty at an earlier hearing. They were:

“Gangs like this often think they are above the law and that they will never get caught. They ran a sophisticated operation which took a lot of hard work from our officers to carry out an investigation over a number of months.

“The operation they ran posed a big threat to society, and these types of gangs target the most vulnerable in our communities for their own selfish gains.

“I would like to pay tribute to the dedication of all our officers who’ve worked on this case to ensure the perpetrators were brought to justice and will pay for the crimes they have committed.

“I hope this sends out a strong message to the public – nobody is above the law, and we will continue to actively pursue offenders.”

The men were given bail and will be sentenced at Newcastle Crown Court on a date to be confirmed later this year.