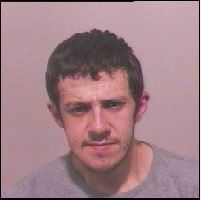 Prolific Sunderland car thief banned from areas of the city

A car thief who has wreaked havoc in Sunderland due to his prolific offending has been banned from entering areas of the city.

Dunlop was handed a two-year Criminal Behaviour Order after appearing at Sunderland Magistrates’ Court on Tuesday, June 12. He was also given a 10-week jail term for three counts of motor vehicle interference whilst already on a suspended sentence for a further car-related crime committed in January.

He is now banned from entering Sunderland north of the River Wear extending up to the A19 in the west, the A184 in the north, east to the junction of the B1299 at East Boldon and to the sea at Whitburn, unless passing through directly on public transport.

Dunlop is also banned from touching or entering any unattended vehicle without permission from the owner. Any violation of these conditions will see him re-arrested.

Local Neighbourhood Inspector Don Wade, of Northumbria Police, said: “This order means Alan Dunlop can no longer wreak havoc in areas of Sunderland and he will be re-arrested if he does not comply with these strict conditions.

“Make no mistake, this is not a lenient sentence – and it will provide the police and courts with even greater powers to deal with Dunlop more effectively should he re-offend.

“This is a last-chance for Dunlop to clean up his act and put an end to his offending which has been frequent and widespread.

“Northumbria Police are committed to tackling this type of crime, and we continue to seek different ways to solve issues of burglary and car crime across Southern Area Command.

“If anyone sees Dunlop in any of the areas above, then we want to know about it.”

As part of the order, Dunlop must also engage with a drug rehabilitation programme organised by Wear Recovery, the city’s integrated drug and alcohol service.

It is the second CBO handed out in Sunderland in recent weeks, with the Sunderland North Neighbourhood Policing Team having worked hard to secure a three-year order for Michael Jason Foster, 42, of Hudson Road, Sunderland, in May.

Foster – who was most recently convicted of a theft of a motor vehicle from Tunstall Park in November 2017 – is banned from entering Ashbrooke, Southwick or Roker until 2021.