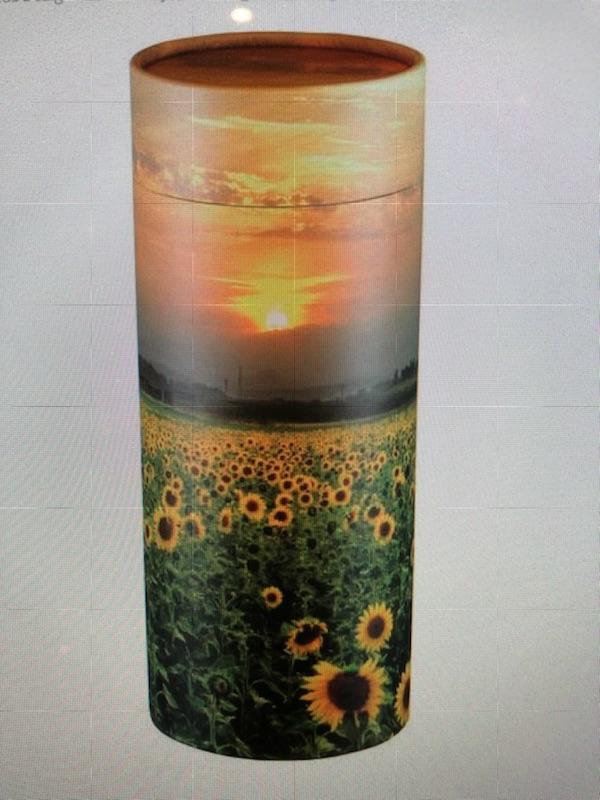 Police are appealing for information after a woman reported her father's ashes were stolen in a burglary at her home.

The burglary is believed to have taken place between 3.15pm and 6.40pm on Tuesday, May 29, on Success Road in Houghton le Spring. The suspect has then fled the scene in an unknown direction.

A number of items were stolen during the burglary including a green urn featuring a sunflower field and sunset design (picture attached) containing the ashes of the victim's father. The urn is cylinder/tube shaped, approximately 18 inches tall by 5 inches wide and heavy in weight.

Officers are carrying out enquiries and are appealing to the public for information.

Anyone with information or who might have witnessed the burglary should contact Northumbria Police on 101 quoting reference 069976R/18 or call Crimestoppers anonymously on 0800 555 111.