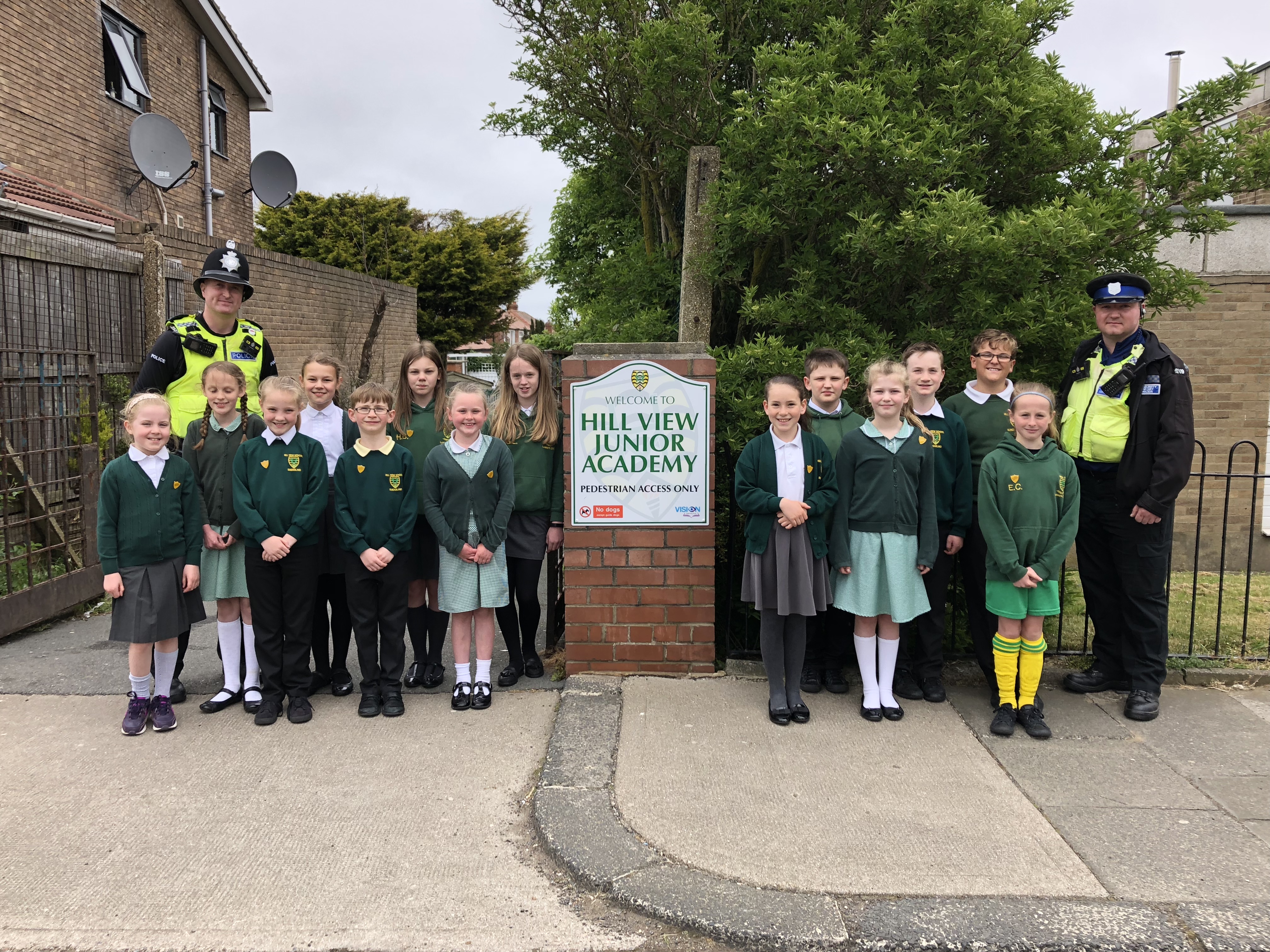 Teachers at a Sunderland school have joined forces with police in a bid to alleviate parking problems on surrounding streets.

Police and employees at Hill View Junior Academy have received a series of complaints from local residents about parking disorder as parents drop off and pick up their children at the beginning and end of the school day.

Cars have been parked dangerously on the Stannington Grove entrance to the school, often blocking the road and obstructing traffic, while some residents have also seen vehicles parked illegally over their driveway.

That has sometimes sparked confrontation between parents and residents, with frustrations threatening to boil over.

To ensure the tensions do not escalate further, police and teachers have now come forward to plead for cooperation as the school heads into the final term of the academic year.

PC Adam Carlton, of Northumbria Police, said: “Police are aware of a series of complaints from local residents about parking issues around Hill View Junior Academy when parents are picking up and dropping off their children.

“We would like to remind drivers that it is a criminal offence to park irresponsibly and wilfully obstruct property or roads.

“Officers will continue to patrol the area and take appropriate action against any offenders, and we would urge drivers in the area to be respectful of people’s personal property and to park in designated, safe areas which do not block driveways or narrow streets.”

Police will continue to patrol the area at peak times to ensure the message has been heard, while the school’s head teacher, Tricia Bevan, has echoed officers’ stance.

“This is an ongoing problem with children now being put at risk by the inconsiderate parking of parents,” she said.

“We also need to be mindful of our local residents who have, at times, taken verbal abuse from parents.

“Our message is simple. We would ask all parents to show consideration for those living around our school and to ensure they park safely – we can not allow our children to be put at risk.”

Anyone who witnesses irresponsible parking or any subsequent disorder in the area is asked to contact police on 101.