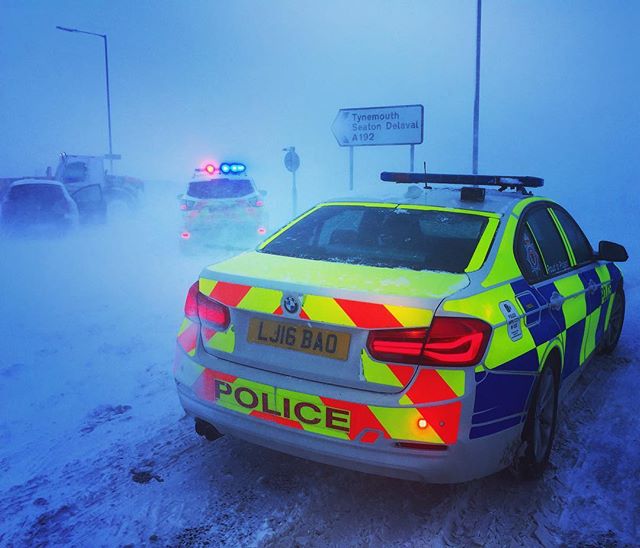 Farmers, businesses and volunteers have been praised by police for offering their support during the 'Beast from the East'.

The Northumbria Police force area was hit by some of the worst weather in the country when blizzards hit the North East last Monday.

Some of the most severe conditions in more than a decade led to chaotic conditions as heavy snow, gales and sub-zero temperatures hit the region.

Police have been working day and night with local partners to rescue stranded vehicles, get vulnerable residents to safety and keep major roads open.

The weather got so bad at the end of last week that the A1 - the main route into Eastern Scotland - was kept shut for two days.

Now, as the snow begins to thaw and conditions return to normal, Northumbria Police has paid tribute to those volunteers who assisted in the midst of the 'Beast from the East'.

Chief Superintendent Janice Hutton, who is area commander for Northumberland and North Tyneside, said the support from the public had been 'overwhelming'.

She said: "This has been a really horrendous spell of weather that has brought with it chaotic scenes on many of our region's roads.

"We have not experienced weather this severe for a long period of time and, unlike other countries where this weather is common, the public don't have the vehicles or tools to deal with it.

"We have had major snow drifts, power cuts that have left hundreds of home without electric and horrendous weather conditions.

"However, our officers, partner agencies and hundreds of volunteers have been working day and night to keep the main road network moving.

"Every time I encountered one of our officers, or a member of the public helping out, there was a smile on their faces and it is something that fills me with great pride.

“My colleagues have been working horrendously long hours and have really gone above and beyond to help support the people that they serve.

"I also want to praise the local community for the overwhelming support they have shown us in recent days. That includes farmers, local businesses, mountain rescue and volunteer teams.

"You have all come out in your own time and helped us plough roads, dig out stranded motorists and offer refreshments to officers and those members of the public affected.

"It is yet another great example of the community spirit that exists in the North East and I want to offer a huge thank you to every single person who supported us.

“Today the vast majority of the roads have returned to normal but please continue to drive carefully out there as the snow begins to thaw.”

Currently there are only two road closures in place across the Northumbria region with the A690 in Houghton and Fellside Lane in Whickham still affected by the snow.

The majority of schools and businesses closed due to the adverse conditions is now up-and-running and stormy conditions are not forecast to return in the coming days.