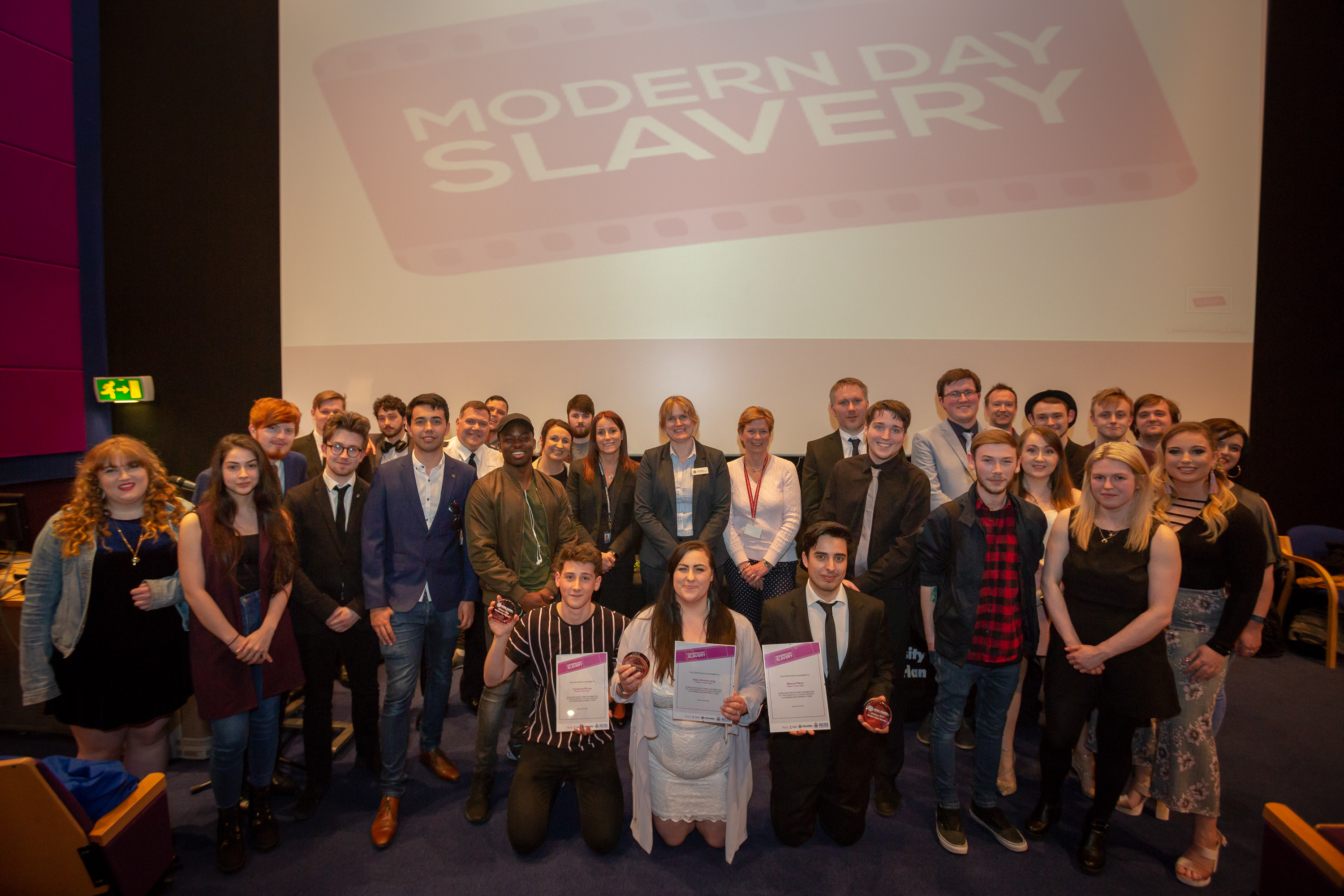 Have you ever considered that a victim of modern day slavery could be living in your town?

It may seem like an offence from a different era but it is a very real problem and one of the top priorities for ourselves and the Police and Crime Commissioner, Dame Vera Baird QC.

Our safeguarding Department has done a lot of work to try and raise awareness of the problem and to encourage our local communities to report signs of slavery victims.

Alongside the SARC (Sexual Assault Referral Centre), we also support the victims of slavery and this includes men, women and children, across every level of society.

Now students at the University of Sunderland have produced a series of powerful short films to help those efforts to raise awareness of the problem.

It is the latest in the line of successful collaborative projects with the university over the last five years during which we have addressed themes including the capacity to consent, sexual exploitation, domestic violence, and cyber-crime.

We were delighted to work alongside the University of Sunderland once again to promote awareness surrounding modern slavery through the project funded using proceeds from Dame Vera's Community Fund.

And this week we joined them at an awards ceremony where the best of the four video was selected by a panel of judges from Northumbria. You can watch the winning entry - 'Hidden in Plain Sight' - below.

Detective Chief Inspector Claire Wheatley, of Northumbria Police’s Safeguarding Department, has said that the force will continue to do all they can to safeguard victims.

She said: “Safeguarding vulnerable people is a key priority for us and we are committed to ensuring Modern day slavery is identified and investigated effectively.

“Modern Day Slavery is a hidden crime and can happen anywhere, in all sections of the community and is a crime that looks to exploit vulnerable people in truly appalling ways and control them through violence and threatening behaviour.

“Our officers work closely with partners to help protect those who may be vulnerable and disrupt these networks. We also rely on the vigilance of people in our local communities to report any suspicious behaviour to us.”

Dame Vera Baird said: “Modern Day Slavery is a very serious and topical issue. It can affect anyone and the impact it has on victims is devastating. It is my hope that those who are affected by modern-day slavery feel confident that they will receive the best possible support and service from Northumbria Police.

“Victims can often feel intimidated, isolated and live in fear. We have a responsibility to those victims to work together with partners to identify and tackle this type of crime and do everything within our power to safeguard them and other vulnerable people.”

Four short films were sensitively produced by Final Year students from the Drama and Film Production degree courses at the university, who researched, scripted, devised, filmed and edited all of the work themselves.

That work was showcased during an awards ceremony at the David Puttnam Media Centre on the Sir Tom Cowie Campus, at St Peter’s.

The brief was to capture all facets of this crime and devise a piece of drama suitable for use as an awareness DVD in order to be used as an educational or training tool for the Police, and to promote awareness of this issue further afield. Specialist staff from SARC (Sexual Assault Referral Centre) were involved in overseeing the content for accuracy.

The event was made possible thanks to funding from the Police and Crime Commissioner for Northumbria Dame Vera Baird’s Community Fund. All five entries were judged by a panel from Northumbria Police.

Adelle Hulsmeier, Senior Lecturer in Drama and Performing Arts at the University of Sunderland, said: “Every year we are continuously impressed with the mature and dedicated way in which our students handle such massively challenging issues. This year is no exception and we’ve had some incredible professionally produced films.

“This is such a tangible and vocational project, based on hard-hitting real-life issues, produced to industry standards for a real-live brief. The students get very excited to become involved in the Northumbria Police project, as it’s work that goes beyond assessment and can be promoted far and wide, to any future employer.

“Congratulations to all our students for their hard work and to those staff who were there to advise and support them.”

Cameron Bruce, Media Production student and Director of the winning film ‘Hidden in Plain Sight’, says: “This was a great opportunity for us to not only experience doing work for an external university client but also gave us the chance to tackle some really difficult and prevalent issues we are facing today.

“Though I had previous knowledge of the problem, I was still shocked that in 2018 modern day slavery is such a huge issue and all the events depicted in each film happen on a daily basis.

"I am extremely proud of our team and think all the students from the course have made exceptional films which will be great vehicles to raise awareness of this issue.

"Thanks go to Northumbria Police and the University for giving us this opportunity and for recognising the films in the way they did.”

All films were screened before an audience of specially invited guests, including delegates from Northumbria Police and SARC.

There were speeches from ITV’s News Correspondent Alastair Stewart OBE, who praised the students’ professionalism and creative efforts.

Ruth Durham, Director of Policy Performance and Scrutiny at the Office of the Police and Crime Commissioner for Northumbria and Northumbria Police Assistant Chief Constable Rachel Bacon both gave talks during the evening.