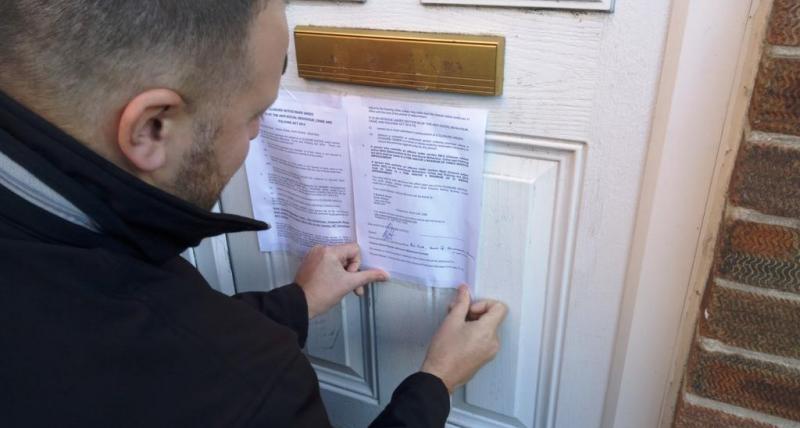 Getting underway at 8am, eight households associated with crime and anti-social behaviour were visited as part of Operation Respect.

Aimed with tackling crime and anti-social behaviour, the joint initiative by the council and police saw people receiving last chance warnings or told eviction proceedings had begun on their homes.

Some tenants received the notices because of their own behaviour, while others were warned due to trouble caused by their relatives.

Speaking after the visits, Richard Mitchell, Community and Public Spaces Protection Manager, said: “Levels of crime and anti-social behaviour are low in North Tyneside and the borough remains one of the safest places to live in the country. However, where it does occur, it can have a huge impact on people living nearby and we will always take swift action to deal with any issues.

“These joint operations with the police are proving to be very effective and are making a big difference to our communities.”

Wallsend Neighbourhood Sergeant, Jill Hall, said: “We work hard to ensure our communities are safe places to live and work without the fear of crime, harassment and anti-social behaviour which can blight the lives of the law abiding majority.

“Our visits today should send out a very clear message that the police and the council will not tolerate persistent anti-social behaviour and criminality - and we will use every tool at our disposal to deal with anyone taking part in it.”

During the visits, tenants were warned that their tenancies will be at risk if further complaints are received.

And those in private rented accommodation were told that the council will help their landlord to evict them if their behaviour did not improve.

As well as speaking to perpetrators, the police and council officers delivered letters to neighbouring residents advising them of the joint action and encouraging them to report any further anti-social behaviour they witness.

Anyone with concerns about anti-social behaviour in their area can contact their local neighbourhood policing team by calling 101 or report it by using our online forms here: https://bit.ly/2Q1mwLH