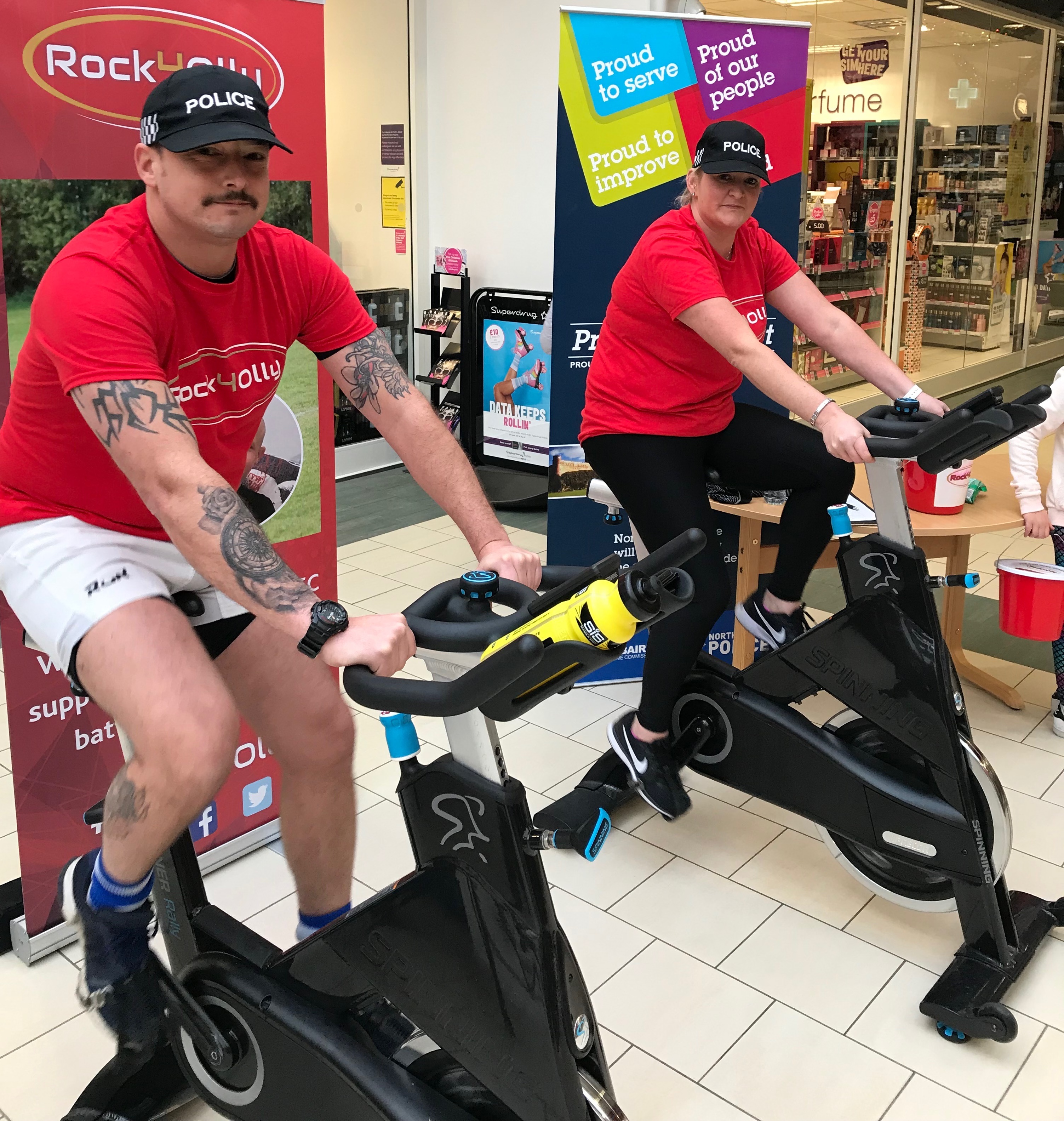 Cops raise thousands in support of local schoolboy with cancer

Neighbourhood cops who took part in a cycle challenge in support of a schoolboy with cancer have raised thousands of pounds for charity.

Last Saturday (November 24) saw some of our officers warming up to pedal more than 600 miles to raise money for 13-year-old Olly Liddle in his fight against cancer.

Whitley Bay Neighbourhood Policing Team (NPT) geared up for the challenge of keeping two static bikes spinning for a full 24 hours in the town centre.

The event - named ‘The Big Police Pedal Push’ - saw volunteers cycle the distance between Rockcliff Rugby Club and Twickenham Stadium - and back again!

And the team were supported throughout the day and went above and beyond their target of 600 miles - clocking up just short of one thousand in total.

Officers took turns to cycle from 11am to 11am to raise funds for local lad Olly who sadly lost his mother, Kerrie, to cancer when he was just seven-years-old before recently being diagnosed with the disease himself.

Olly has recently had his lower right leg removed as part of ongoing treatment.

Rock4Olly was set up by Whitley Bay Rockcliff Rugby Club - who Olly had represented since the age of six - to help raise money and awareness in his brave fight against cancer.

Just like his Dad, Steve, and his brother Max, Olly has sported the club’s team colours from a young age.

The event saw neighbourhood cops joined by other guest police riders from across the Force, as well as rugby players and some of Olly’s team mates.

The cyclists were supported by Olly’s rugby team mates, who were on hand with collection buckets and talking to members of the public who came down to show their support during the day at Park View Shopping Mall on Saturday and Sunday.

And when the centre was closed, the pedalling carried on into the night at Whitley Bay police station.

And as the race came to an end on Sunday (November 25) even Olly himself was able to come along and watch the final stretch.

“The event turned out even better than we expected – we managed to keep pushing on and pedal almost one thousand miles!

“We were so lucky to have members of the local community along giving generous donations and cheering us on – it really helped to keep us going.

“It’s safe to say we are all a bit sore now – but we would do it all over again.

“This was all for an amazing local cause and we’re proud to support Olly and his family.”

“What the team achieved is nothing short of amazing, in terms of the miles achieved, and the way the wider community supported them with donations and words of encouragement.

“The amount raised will go to help Olly and his family make the adjustments they need.

“It really made us proud to be part of an event that saw Whitley Bay supporting one of its own.”

Olly is currently undergoing treatment at the Great North Children's Hospital in Newcastle.

If you would like to find out more about Rock4Olly or make a donation, please visit: https://www.goldengiving.com/w/rock4olly