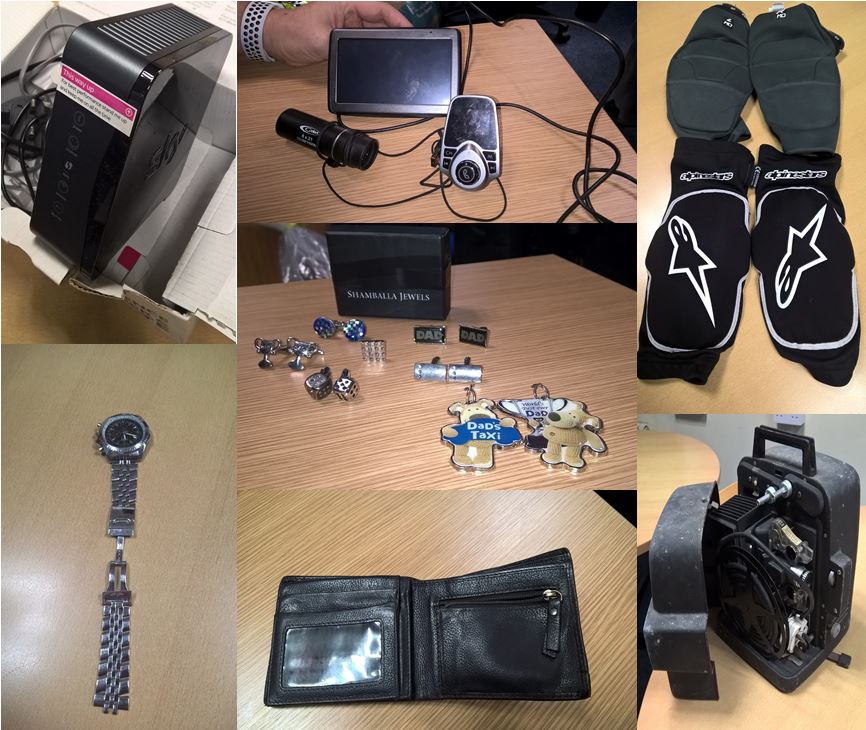 'Do any of these belong to you?' Police eager to return suspected stolen goods to original owners

Police investigating a series of thefts in Sunderland have released images of a stash of suspected stolen goods – and want to trace their original owners.

Over the last few weeks, police have received several reports of theft from motor vehicles in the Fulwell area of Sunderland.

As part of their enquiries, police arrested two men on suspicion of theft and found the individuals to be in possession of a number of items, which officers believe may be stolen.

The range of goods seized by officers included a mobile phone, a watch, distinctive clothing, sunglasses and a sat-nav.

Now police are keen to hear from anybody who believes any of the items belong to them.

Sergeant Ed Hollingsworth, of Northumbria Police, said: “We believe these items belong to residents living in the Fulwell area who may have recently had their vehicles broken into.

“These seized items are as a result of our proactive approach to dealing with this type of crime.

“The recent spate of car break-ins we have seen in the area has generally been the result of opportunistic thieves going street to street trying car doors searching for a quick win. If the vehicle is locked, they often then go on to the next one.

“I would therefore ask members of the public to take an extra moment to ensure their car is locked, and that any items are placed out of sight in the glove box or boot, rather than left on display.

“Over the past month, we have arrested a number of people suspected of carrying out burglary and car crime offences in Fulwell, and we will continue to work hard to investigate crimes and target offenders.

“Our officers are patrolling the streets every day looking to arrest thieves who attempt to heap misery on our residents for purely selfish gains.”

Anyone who recognises any of the items pictured is asked to email 8886@northumbria.pnn.police.uk or call police on 101 quoting reference 1221 121118.