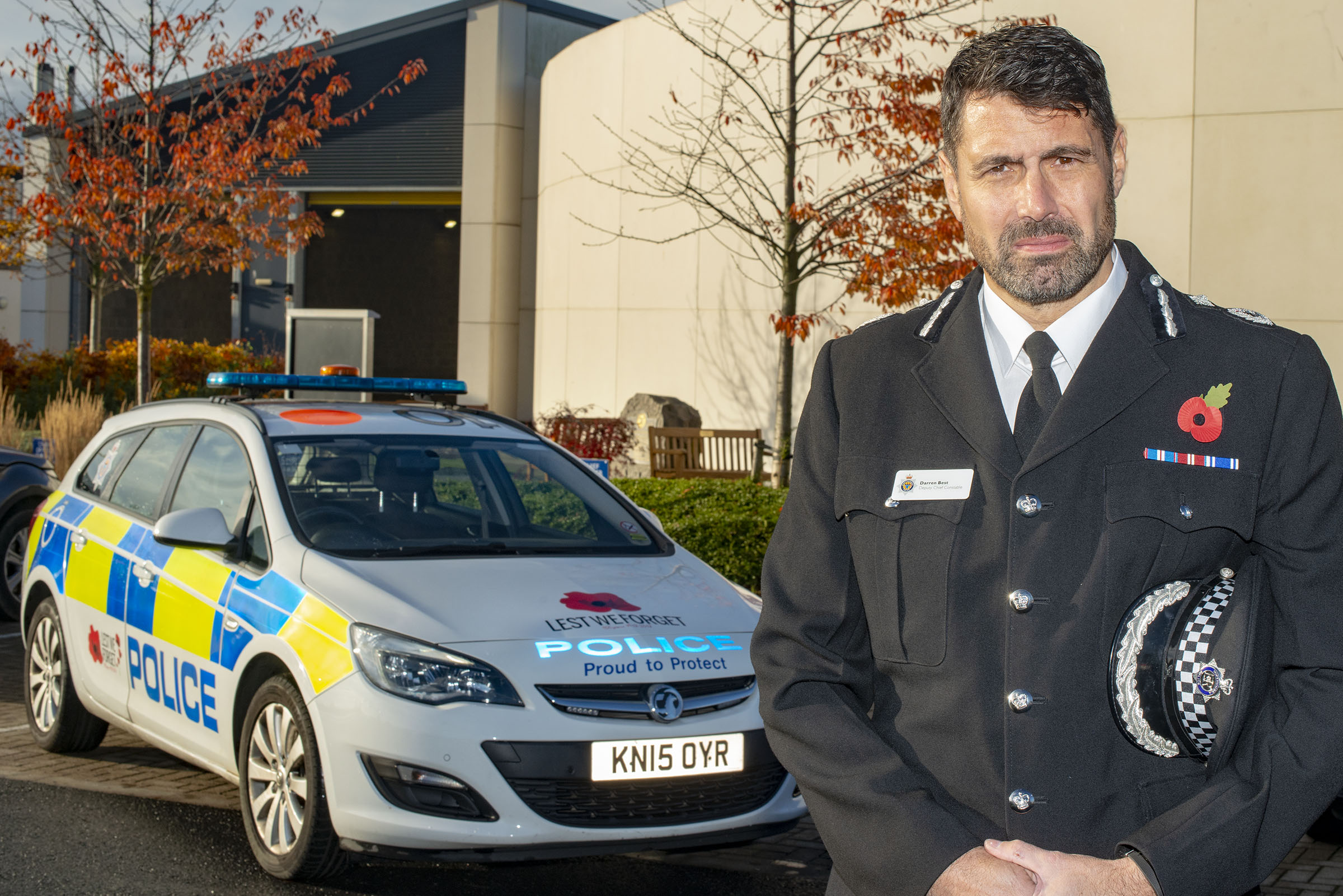 As a mark of respect to our fallen heroes, Northumbria Police have added commemorative poppy motifs to three of our vehicles ahead of the Armistice Day centenary celebrations.

As a mark of respect to our fallen heroes, Northumbria Police have added commemorative poppy motifs to three of our vehicles ahead of the Armistice Day centenary celebrations.

The additional livery, which adorn three of our 24/7 response cars display solidarity and support to the armed forces both past and present.

Each vehicle will have a donation made to the Poppy Appeal on its behalf and each area command has access to one of the response cars with vehicles based at stations in Bedlington, Forth Banks and Millbank until around November 18.

Deputy Chief Constable Best said: “Every year we see people across the force area giving generously to the Poppy Appeal and wearing their badges and poppies in support of the men and women who lost their lives during the war.

“This year will mark a hundred years since the signing of the Armistice and the end of the First World War and we wanted to show our respect and appreciation in a way which would be visual and memorable - and what better way is there to do that than with the poppy, a national symbol of remembrance.

“We are hoping when members of the public see our vehicles driving around, it will remind them of the sacrifices members of the armed forces have made, and continue to make in the line of duty and show them that they have our full support.”

Northumbria Police and Crime Commissioner, Dame Vera Baird, QC said: “This gesture means a great deal to us, it shows our support and admiration for all those who have fought and lost their lives during the war. We are honoured to remember them and show our respect for those in our armed forces.”