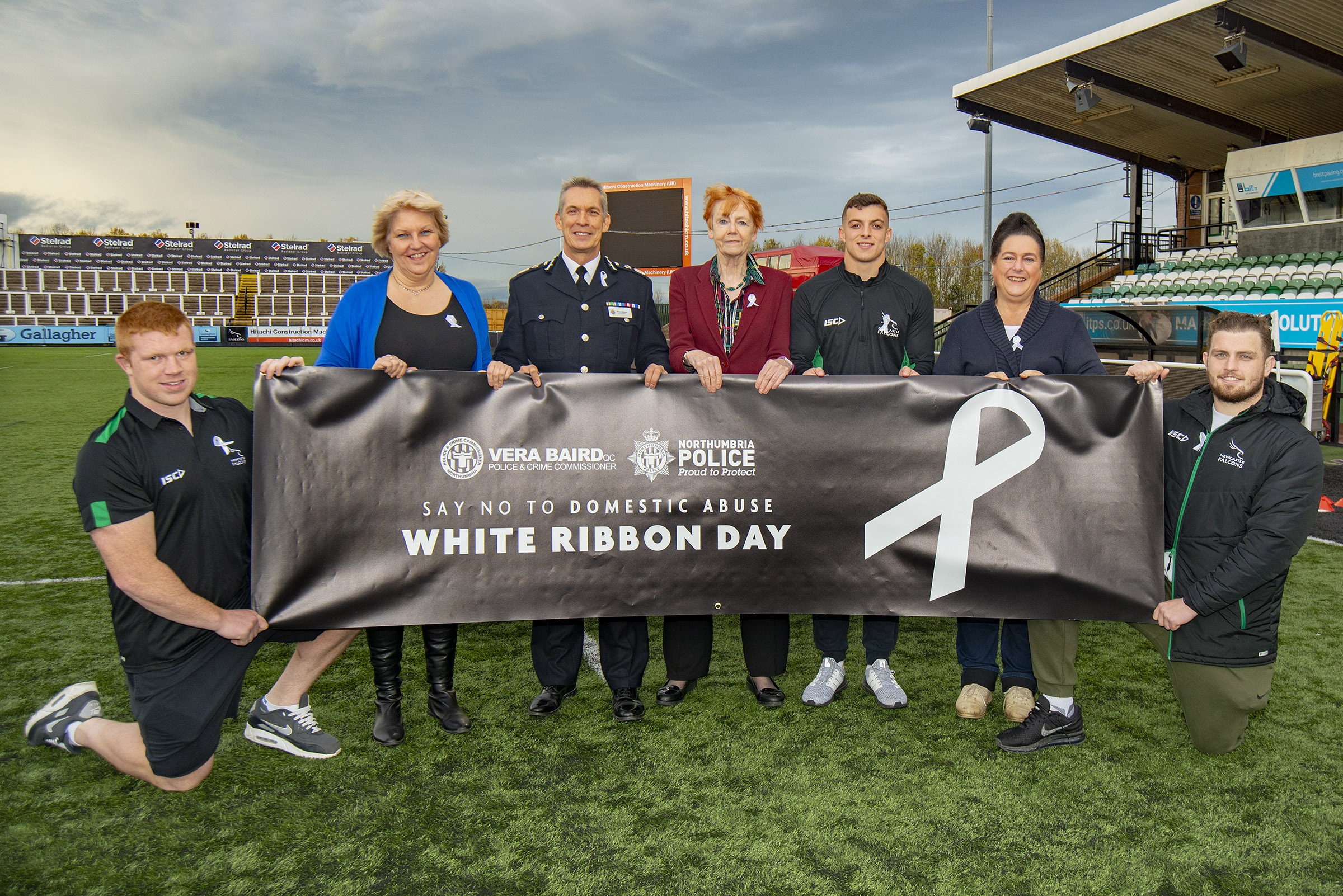 Together, they are urging the North East to show support for the global initiative, which calls for men to stand up, speak out and take positive action against domestic abuse.

Supporters are urged to wear a white ribbon and pledge never to commit, excuse or remain silent about male violence – a message the force will be reinforcing across social media channels.

White Ribbon UK was founded in 2005 and set out to work with men and boys to challenge male cultures that lead to harassment, abuse and violence.

There are around 30,910 reports of domestic abuse in Northumbria each year – making it a top priority for the force.

Protecting vulnerable people from abuse is a top priority for Dame Vera and the force has rolled out several forward-thinking initiatives in recent years.  One initiative has been to introduce domestic violence workers to accompany officers on patrol and recently the force has taken the lead on a government funded, multi-force transformation project which aims to provide a better service to victims and brings agencies together.

Northumbria Police and Crime Commissioner, Dame Vera Baird QC, said: “I’m delighted that the fantastic Newcastle Falcons are supporting White Ribbon Day here in Northumbria, we are sending a strong message, also supported by the Soroptimists saying that domestic abuse is not acceptable.

“White Ribbon Day is supported by 16 days of action to highlight this important campaign - from lighting up significant landmarks to joining together for a march – we are getting the message out loud and clear – domestic abuse has to stop”.

Chief Constable Winton Keenen said: “As a Force, our absolute priority is protecting those who are vulnerable in the communities we serve and that includes victims of domestic abuse.

“I would urge everyone to join us in supporting White Ribbon Day. We all have a role to play in recognising and taking a stand against domestic abuse – and together we can make a difference.”