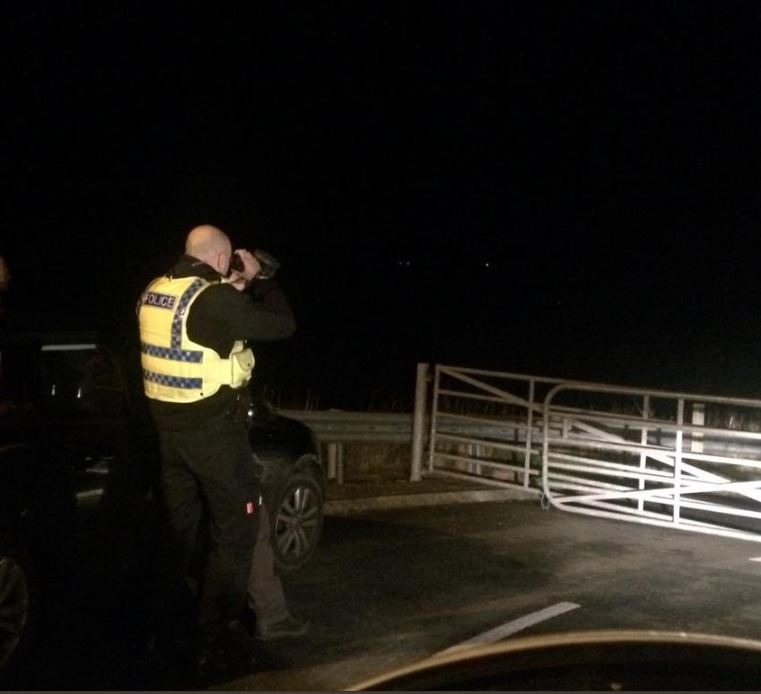 Northumbria Police and partners joined police forces from across England and Wales last week in a show of strength to tackle rural crime in Northumberland.

This latest dedicated operation – known as Checkpoint – was held overnight on Thursday (November 8) in line with the national ‘Day of Action Against Rural Crime’.

And our officers saw another successful outing with a number of vehicles stopped and checked.

The planned activity was part of a coordinated multi-force effort to patrol rural areas and tackle offending which targets those who live and work in the countryside. The operation also focused on acquisitive crime, wildlife crime and issues such as poaching.

Overnight, patrols were out in full force to prevent and disrupt rural crime with a focus on taking positive action for any poaching-related activity at rural estates.

By the end of the evening, two men were reported for poaching offences and ten vehicles in total were stopped and checked. This resulted in the seizure of a van, two air rifles, lamping equipment and a battery, as well as four dead rabbits.

“The night was another brilliant team effort and an example of the partnerships involved to tackle issues around rural crime.

“Our presence in the area sends out a clear message that rural-related crime will not be tolerated, and we will continue to work with our partners in the future to clamp down on this kind of offending.

"People living and working in these communities are our eyes and ears and we rely on their information to help us build up a picture of what is going on.

"By working together we will continue to make sure Northumberland remains a safe place to live and work.”

“This proactive activity demonstrates that tackling rural crime continues to be high on our agenda here in Northumberland.

“I’m pleased that effective policing and partnership work is paying off and, as always, urge residents and partners to report anything they see that is suspicious – together we are making a difference.”

Anyone with concerns can report suspicious activity in rural areas by calling police on 101 and asking to speak with their Neighbourhood Policing Team.