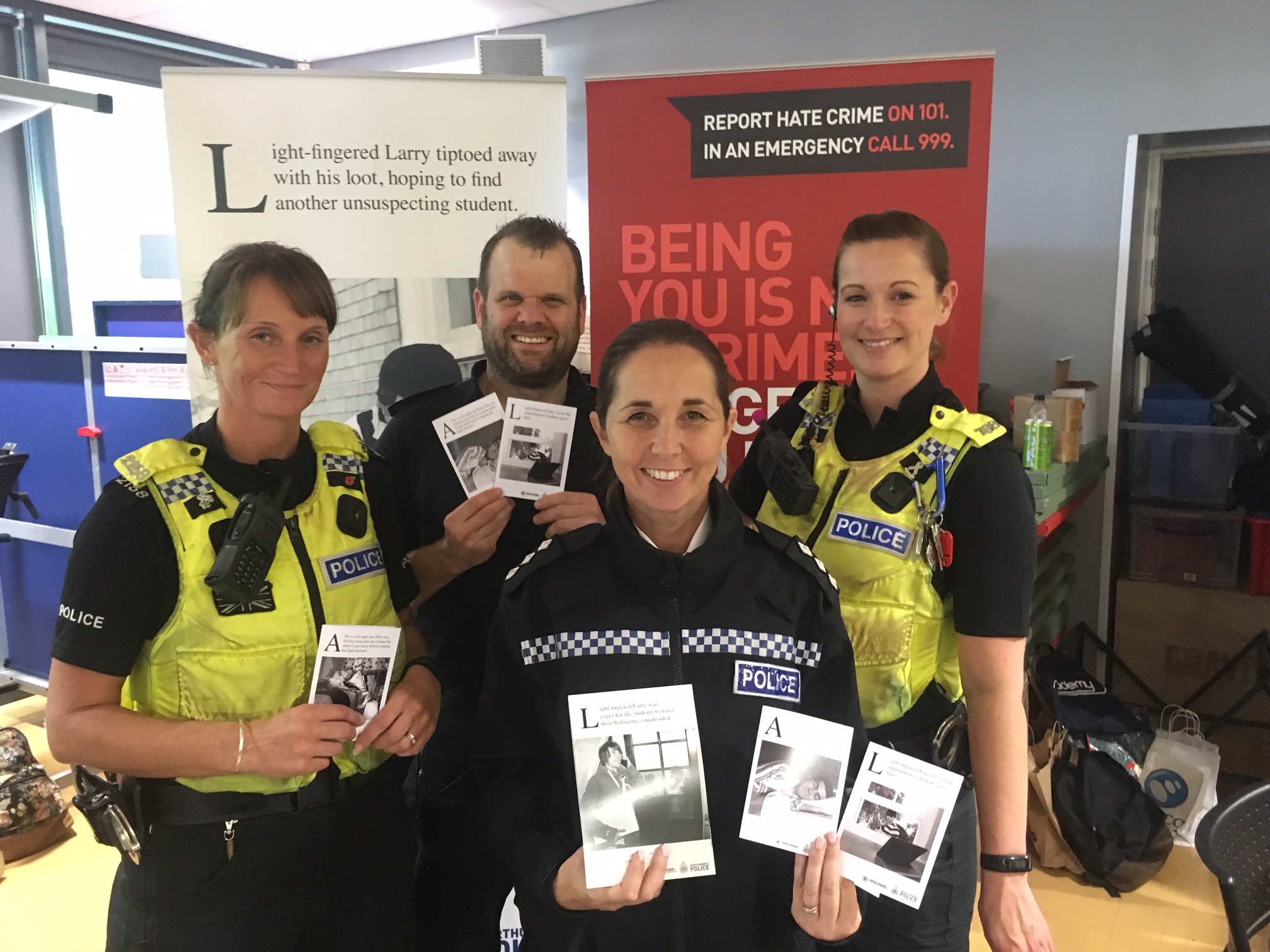 Student halls fitted with shock alarms ahead of winter break

As part of Operation Inclusion, officers in Sunderland have visited halls of residences and drinking hotspots to reinforce crime prevention and safety advice to university students.

Fresher’s Week might be over for another year but police hope to ensure students’ hangovers do not linger long into the winter.

As part of Operation Inclusion, officers in Sunderland have visited halls of residences and drinking hotspots to reinforce crime prevention and safety advice to university students.

‘Drink spikeys’ have been placed in bars across the campus to promote safer drinking, while the university’s first-year accommodation has been kitted out with sensitive shock alarms to deter thieves.

PC Dan McGwinn, who is leading the operation, said: “It has been great to speak to the latest influx of students who seem to be sampling the best of what Sunderland has to offer.

“This is a vibrant city which has so much to enjoy and embrace - from the great range of shops to the beautiful seafront and fantastic bars to eat and drink in.

“While many of our officers attended the fresher’s fayre and on-campus events to remind students about responsible drinking and how to protect their homes from opportunistic burglars, it is important that these messages are repeated and reiterated at every opportunity.

“That’s why a great deal of work has gone in over the last few weeks to ensure students remain safe while both out in the city centre and at home.

“We have visited the bars across campus and have made brightly coloured anti-drink spiking stoppers readily available which seal bottles and prevent drugs or illicit substances from being slipped into them.

“We’ve also worked closely with the university to make sure ground floor windows in each of the halls of residence are fitted with a window shock alarm, which sounds if anyone interferes with the window to try and gain entry.”

Officers have also delivered crime prevention talks to university groups and increased patrols around student areas with an ongoing focus on tackling vehicle crime and burglary.

The university’s Student Campus Watch society, supported by police, has also been invigorated with the collective goal of making staff and students safer.

A spokesperson for the University of Sunderland said: “We work closely with our police partners to ensure the safety of all our students.

“We also provide a 24/7 security service that includes a comprehensive CCTV network covering the entirety of both University campuses and all University accommodation. This is monitored by our security control room 365 days of the year.

“The University also has a full-time campus Police Officer who works closely with all members of the University community. Criminal incidents on our sites are rare and tend to be opportunistic, meaning they can often be prevented through common sense measures.

“University Security and the Campus Police are always happy to give advice and guidance to both students and staff.”

Last month, police attended the fresher’s fayres held at Sunderland, Newcastle and Northumbria Universities where they handed out hundreds of specially designed greeting cards to first-years as part of a new campaign to stress the importance of staying safe during and after a heavy night on the tiles.

The quirky cards provided students with simple, easy to digest information about responsible drinking, the dangers of spiking and how to protect their homes from opportunistic burglars.

Officers in Newcastle have also been handing pizza boxes out to second and third year students in Heaton and Jesmond as part of their #SliceOfAdvice campaign to educate them about how they can protect themselves against opportunist thieves.