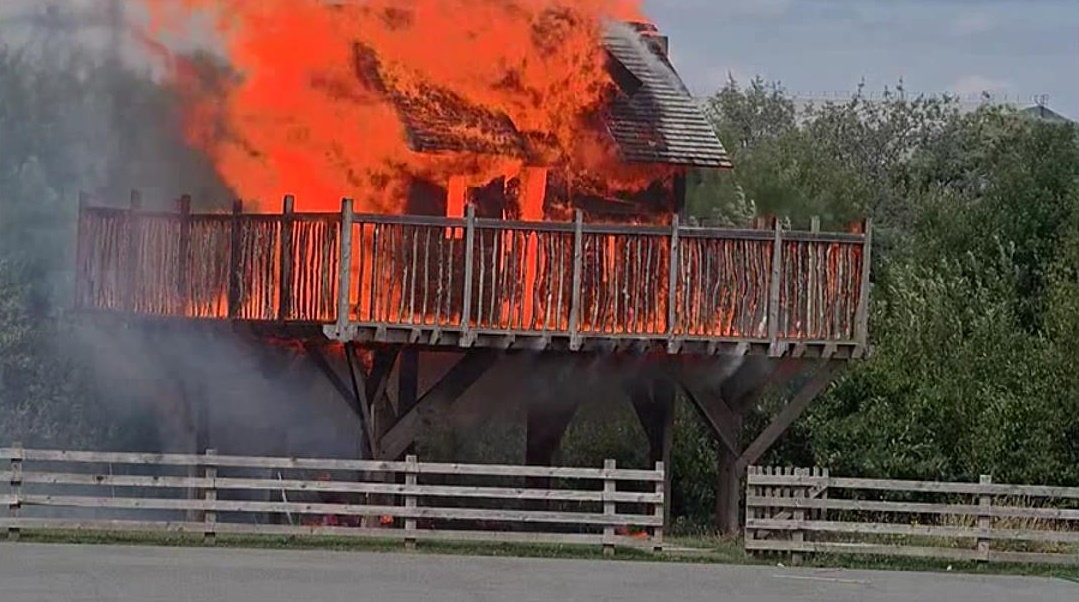 Reckless vandals who caused £20,000 worth of damage to a primary school’s treehouse have been found guilty of arson.

A trio of teenagers were sentenced at North Tyneside Magistrates’ Court this month after being convicted of setting an outdoor classroom on fire.

In August of this year, officers received reports of a treehouse fire which was located on the grounds of Morpeth Road Primary Academy on Bates Avenue.

Blyth Neighbourhood cops quickly launched an investigation to track down those responsible after the fire service confirmed it was set intentionally.

CCTV showed that offenders entering the school premises in the early hours of Sunday (August 5) where they headed towards the outdoor treehouse. The three teens have then gained entry by kicking all of the windows, before later emerging again and fleeing the scene. It was then that the fire has started to engulf the treehouse leading to the fire service receiving a report.

Three teenagers – all aged 16 - were soon identified on footage as the culprits and were later charged with arson.

They all pleaded guilty to the offence.

After appearing at North Tyneside Magistrates’ Court on October 17, one of the boys was ordered to serve 12 months in a youth detention facility. A second boy issued with a Youth Rehabilitation Order and must engage with the Youth Offending Team. The third boy received a referral order and fined.

“This was not only an attack on property belonging to the school but the local community including pupils who attend.

“The treehouse was a special facility for the school, used as a haven for the children to read, learn and take part in activities. The offenders have taken this away from them after causing irreversible damage to their classroom.

“I’m happy to see that a positive outcome was reached in court, and that the team’s hard work and efforts have paid off.

“We will continue to do all we can to crackdown on anti-social behaviour and make sure Blyth continues to be a safe and pleasant place to live."

Anyone who has concerns about anti-social behaviour in their area can call 101 and ask to speak with their Neighbourhood Policing Team.

Alternatively, Crimestoppers can be contacted anonymously on 0800 555 111.