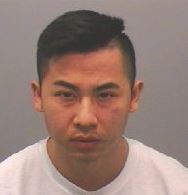 Drugs linchpin who built a £1.4 million cannabis empire is jailed

A drugs linchpin who built a £1.4 million cannabis empire has been jailed following a year-long investigation by detectives.

Khanh Duy Pham was in control of five large cannabis farms across Newcastle and used Vietnamese workers to help maintain the crops.

He produced a range of false documentation including passports, driver licences, bank statements and payslips to secure rental properties.

Pham, 26, would put down deposits as large as £7,000 in order to rent accommodation which he would then convert into cannabis farms.

A court has been told how Pham's workforce was largely made up of men and women who had arrived in the UK from Vietnam illegally.

It is believed he had been running his operation for several years before officers from Northumbria Police raided his home on Baxter Avenue, Fenham, in July last year as part of Operation Banjo.

He was charged with production of cannabis and yesterday (Monday) he was jailed for four years after pleading guilty at Teesside Crown Court.

Following the case, investigating officer Detective Sergeant David Kay said he was glad to see Pham jailed after a long and complex investigation by detectives.

Det Sgt Kay, of the North East Regional Special Operations Unit (NERSOU), said: "Operation Banjo was set up in 2016 to tackle organised crime in the region's Vietnamese communities and Pham quickly emerged as a person of interest.

"Our intelligence suggested he owned a number of properties across Newcastle and that there was a high turnover of people at those addresses.

"We spent months gathering intelligence on his operation but due to the immigration status of the workers it was difficult for us to establish his wider network.

"By last summer we had enough evidence to secure a search warrant and proceeded to raid a number of addresses in the east end of the city.

"It was then that we uncovered a pile of fake documentation and located a number of large cannabis farms with a street value in excess of a million pounds.

"A number of vulnerable workers were also located in some of the farms and Pham took advantage of them for his own personal gain.

"He facilitated the creation of massive cannabis farms, generated huge amounts of money and sold drugs across the city to some of the most vulnerable in society.

"Our city is a safer place with him behind bars and I hope his sentence comes as a stern warning to anyone else linked to this type of criminality."