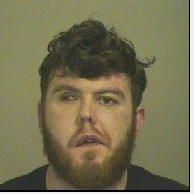 Connor Dodds, 25, pleaded guilty to wounding with intent and possessing an offensive weapon

A knife-wielding attacker who slashed a man’s face with a Stanley knife during a terrifying ordeal has been jailed.

Connor Dodds, 25, pleaded guilty to wounding with intent and possessing an offensive weapon after setting upon his victim on Saturday, August 4, close to Tyne Dock Metro Station.

The unprovoked attack, which happened shortly after 7pm, left a 29-year-old man requiring 19 stitches to the side of his face.

Detective Sergeant Gaye Martin, of Northumbria Police, said: “This was an unacceptable and malicious attack on an unassuming member of the public who was out walking alone.

“Connor Dodds pulled out a knife and caused serious injuries to the victim, who had an 11cm wound to the side of his face. He has inevitably had to live with the physical and psychological consequences of that night ever since.

“There can be little doubt that the streets are safer with Dodds behind bars, and he must now live with the consequences of his actions.

“I would like to thank the victim for his cooperation throughout this case, and hope this sentence can provide some sort of closure which allows him to get on with the rest of his life.”

The court was told how the victim was walking to a friend’s house when Dodds – armed with a knife - confronted him near the underpass at Olive Street.

The man, who managed to flee after the attack and contacted police, was left with a slash wound to the right-hand side of his face.

He was taken to South Tyneside Hospital for treatment and has been left with a permanent scar.

Dodds, of Northcote Street, South Shields, did not respond to the allegations when interviewed by police but later pleaded guilty in court to the charges against him.

He now begins a lengthy jail-term.