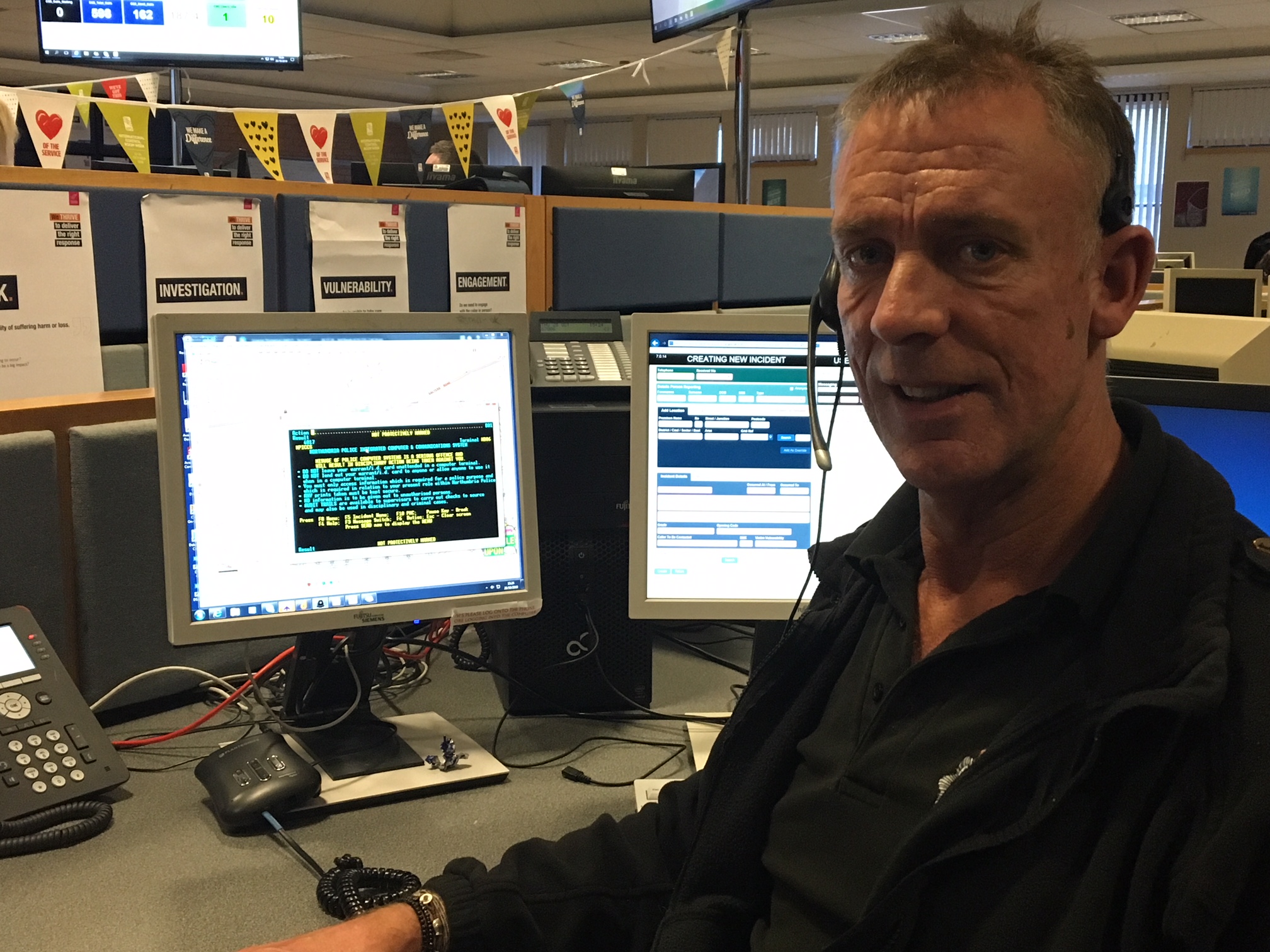 An ex-cop who followed in his father's footsteps to patrol the streets is still keeping the public safe five years after his retirement - working as a police call handler.

Graeme Thompson was just 20-years-old when he joined Northumbria Police as a police constable in South Tyneside in 1982.

That saw him follow in the footsteps of his father Dennis who had worked as a detective in the west end of Newcastle before retiring in the 1970s.

Over the next 30 years Graeme worked as a response officer in South Tyneside, Hebburn and Cramlington before joining the training department.

The 59-year-old eventually retired in 2012 but - after a year away from Northumbria Police - decided he wasn't done protecting the public.

He filled in an application to become a call handler and is now working in the Communications Centre in Ponteland passing on his experience to his colleagues.

Now, as part of International Call Centre Week, Graeme has revealed that he loves policing because "every day is different"

He said: "Sometimes I think to myself 'where has the time gone to'. I joined when I was 20-years-old and now I am on the wrong side of 55 but if I could do it all again I would.

"I don't do golf and so when this job came up I decided to apply rather than just sit back during my retirement. I get a buzz from doing it and I enjoy it."

Graeme said that one of the most challenging aspects of working as a call handler is keeping vulnerable people on the phone.

He has answered tens of thousands of calls in the last five years and the most important thing for him is to "stay calm and keep control of the situation".

"It can be very difficult when you get someone on the line who is very distressed, very upset, they could be very suicidal and speaking to you with a knife to their throat," said Graeme.

"You don't want to let them get off the line, you want to keep them talking so that you can get the officers there so they can handle the situation.

"It can be demanding to ask those pertinent questions when somebody is in such distress at the end of the phone but all we can do is deal with those jobs professionally.

"Everyone does their best because you want an outcome where you can ultimately keep that person safe which is what it is all about.

In the coming weeks, Northumbria Police will be sharing stories of some of the faces behind the uniform as part of a new feature called #ProudOfOurPeople.

Graeme is the first in the line of a number of officers and staff proud to represent policing so watch this space for more stories to come.

If you feel inspired to consider a career with Northumbria Police, you can visit http://careers.northumbria.police.uk/ to see our current vacancies.