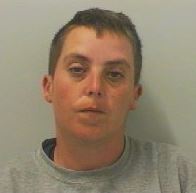 Woman jailed for life after confessing to 2004 murder in Sunderland

A woman who confessed to the murder of a Sunderland teenager more than 10 years after the brutal attack occurred has been jailed for life.

Karen Tunmore, 36, has been sentenced to life with a minimum of 17-and-a-half years behind bars after beating Scott Pritchard, 19, with a baseball bat outside his home on Lindsay Close in Hendon on January 7, 2004.

He was rushed to hospital with serious head injuries but doctors were unable to save him and he sadly passed away.

A murder investigation was launched to trace the person responsible for the killing, but despite the case remaining open and periodically reviewed by Northumbria Police’s Homicide and Major Enquiries Team, nobody was ever convicted.

However, last month Tunmore, of Towton, Killingworth, walked into Middle Engine Lane station and confessed that she was behind the murder – after living with the guilt of Pritchard’s death for 14 years.

Detective Chief Inspector John Bent, of Northumbria Police, said: “Karen Tunmore has had to live with her horrifying secret for 14 years and she has finally been overcome by her guilt. She clearly could not live another day with the needless death of a teenager on her conscience.

“This was a horrific and brutal murder that rocked the local community and launched a large-scale police investigation. More than 1,600 statements were taken, 4,000 documents produced and around 300 police officers were involved in the case.

“Police have done everything possible to be satisfied that Karen Tunmore is the killer. When interviewed by officers, she revealed a number of details about the murder that were not public knowledge and could only have been known by somebody present on the night of Scott’s death.

“A murder investigation is never closed until the conviction of those involved, and Scott’s parents deserved to see justice at long last. I would like to praise his family for their integrity, patience and cooperation throughout what has been an incredibly complex investigation, and such a distressing one for them.”

Tunmore told police she travelled to Sunderland on the night of January 7, 2004, in order to collect a financial debt from Pritchard, who was not known to her.

After it became clear to her that this was not possible, she saw red and attacked the teenager, who was on crutches at the time, with a baseball bat before discarding the weapon at another location.

As part of the investigation, police have identified a second individual – a male – who they believe travelled to Sunderland with Tunmore on that evening and who was present at the time of Scott’s murder.

Officers are now urging the second individual to come forward.

“While we are satisfied that Scott’s killer is now behind bars, there is another individual who may have been present at the time of the attack who we are looking to trace,” DCI Bent added.

“Tunmore has so far refused to reveal the identity of this man, and enquiries are ongoing to trace that individual and bring him into custody.

“Living with a horrific murder like this has weighed heavy on Tunmore’s conscience, and we would now encourage the individual who was with her to come forward and allow that huge weight to be taken off their shoulders.”

Scott’s parents have now paid tribute to their “kind, confident and well-liked” son who was cruelly taken away from them 14 years ago.

Scott’s mother, Kathleen Pritchard, said: “Scott was a wonderful son who had his best years still ahead of him. He had so much to live for.

“He had grown into a kind, confident and well-liked young man who was cruelly taken from us 14 years ago.

“No sentence today could have brought Scott back, and the pain we have felt every day since he was murdered will never subside. There will always be a void in our lives where Scott once was. He was a wonderful son, a one in a million.

“Losing your son is hard enough, but not knowing the reason why made coming to terms with Scott’s death so much more difficult. Every night for more than 10 years I went to sleep knowing his killer was out there, who was refusing to come forward and allow the family closure.

“Now, with his killer behind bars, we finally have some kind of justice for Scott – and hope he can rest in peace knowing the person who did this is no longer walking the streets.”

Before the sentencing hearing took place he revealed how Scott “deserved to enjoy everything that was ahead of him” and he will “never be forgotten”.

Mr Stacey said: “No parent should have to bury their child. Words can’t describe what Scott meant to us – he was a fantastic lad who had so much to look forward to.

“The last 14 years have been incredibly tough for everyone who knew Scott, and our pain has been compounded with the knowledge that his killer was still at large.

“All we’ve ever wanted since his death was justice. While no sentence could take away the hurt that we have felt since Scott was murdered, we can hopefully look forward knowing the individual responsible can never destroy another family.

“Scott deserved to live a long life. He deserved to enjoy everything that was ahead of him and go on to fulfil his potential. He’ll always be in our hearts and will never be forgotten.”