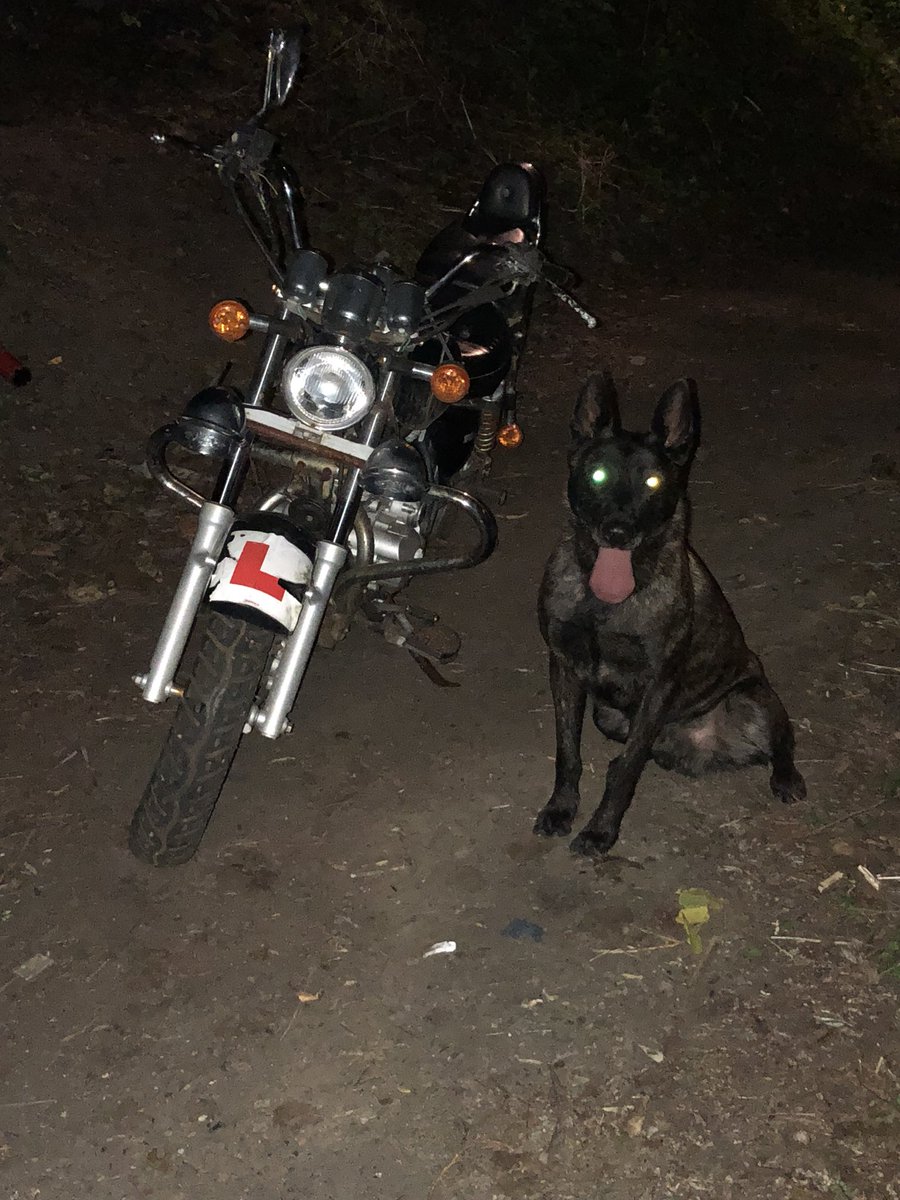 A stolen motorcycle has been returned to its owner after a police dog tracked suspects through woods in Newcastle.

PD Max has been rewarded with a big bone after his heroics on Sunday night when he and his handler responded to a report of a stolen motorcycle.

At about 10.50pm a member of the public had noticed a group of teenagers in possession of the motorcycle on Stratford Road in Heaton.

They called officers as they suspected the vehicle may have been stolen due to the suspicious behaviour of the teenagers.

Police attended the scene and soon located the owner of the motorcycle who revealed it was broken and so would not start.

That was when PD Max sprang into action after being deployed to locate the stolen vehicle by his handler PC Adam Fegan.

Max was able to track the broken motorcycle dumped in the dirt in some nearby woodland – but the suspects had scarpered.

It was returned to its owner before PD Max was taken home by his handler to be rewarded with a big bone and a kip on the sofa.

PC Fegan said: "This was a great example of the important work our dogs do to keep the public safe and protect property.

"It always amazes me how quickly our dogs can pick up on a scent and lead us straight to where we need to be.

"PD Max absolutely loves his job and gets more excited than any of us when he does eventually track down what he is looking for.

"He was rewarded with a treat when he did eventually locate the bike but I think all he really wanted was his favourite tennis ball.

"We will be back on duty tonight and I know Max will be looking forward to getting back out there to keep the public safe."

Anyone who notices any suspicious behaviour is always encouraged to contact police on 101 or online at www.northumbria.police.uk/contact.

In an emergency, if a crime is in action or if there is an immediate risk to person or property always call 999.