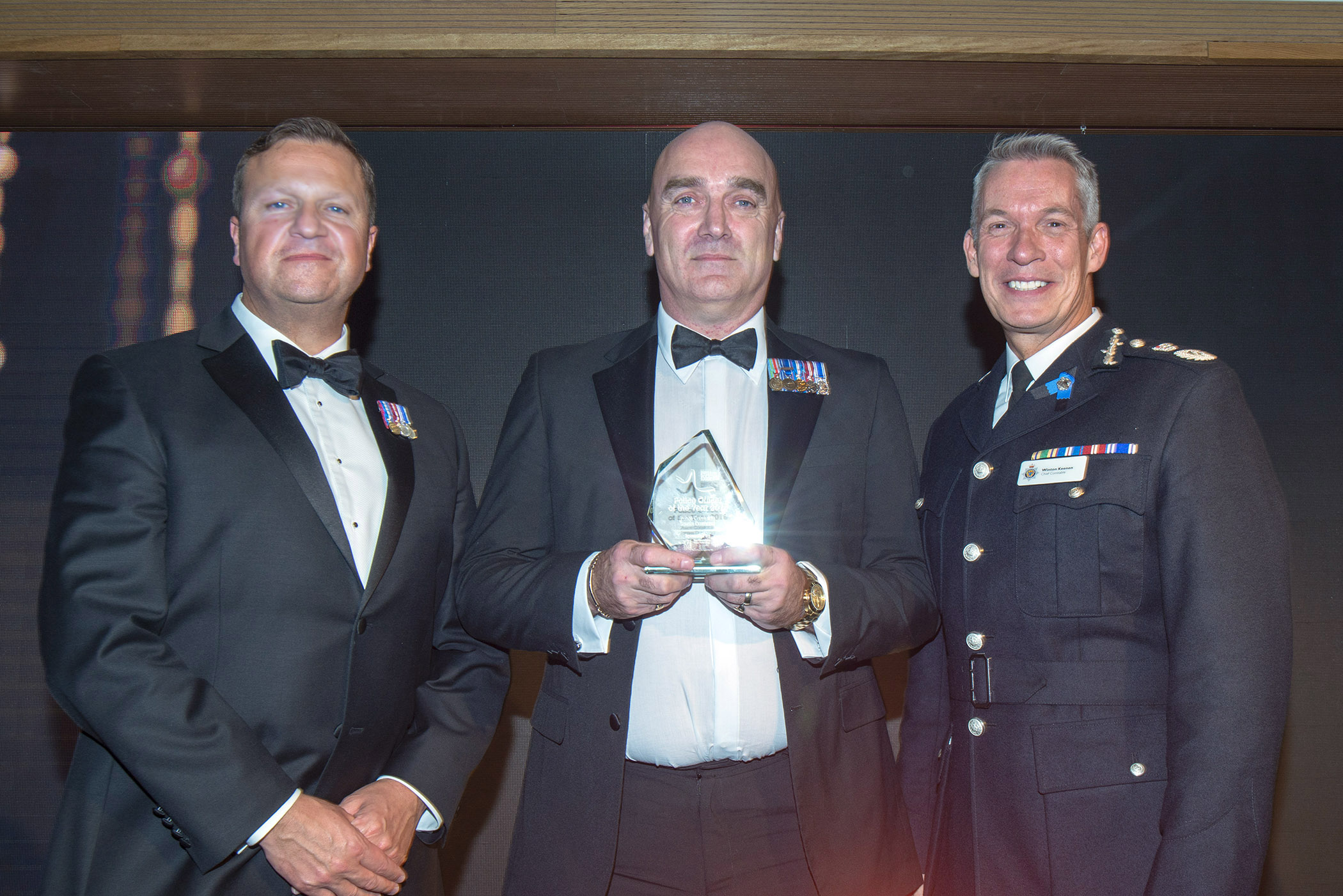 A police officer who has supported vulnerable people in a local psychiatric unit has been given top honours at Northumbria Police’s annual awards, which took place on Tuesday (25 Sep).

Pc James Desmond was awarded Officer of the Year at the force’s Pride in Policing Awards, recognising his 10 year service in protecting staff and service users within St Nicholas Hospital, Gosforth.

The long-serving officer, who is due to retire next month, also picked up another gong at the awards, having garnered 40% of the public’s vote in the Outstanding Contribution category.

He was recognised alongside other winners across 12 categories, including the High Sheriff’s award, Police Team of the Year and Volunteer of the Year, at the annual event.

Staff at the Safetyworks centre in Newcastle’s West End, which provides interactive learning experiences to the community, picked up the Diversity and Inclusion award.

Meanwhile, Northumbria PCs Victoria Threadgold and Gary Sharpe were recognised on home turf with the Tony Teare memorial award for their efforts in protecting a domestic violence victim. The pair took home a prize at the National Police Bravery Awards in London earlier this year.

Chief Constable Winton Keenen said: “Occasions such as this are truly humbling – I’m honoured to be able to showcase the outstanding work carried out by our officers, staff and volunteers. These awards demonstrate the exceptional commitment to protecting our communities that our people display day in, day out. Both our winners and nominees should feel exceptionally proud of their achievements.”

The awards, now in their ninth year, were hosted by BBC Look North’s Jeff Brown, and were sponsored by the likes of Konica Minolta, the Chronicle, Optima Health, Unison, Northumbria Police Federation, Integral and Eurofins.

JC events supported the force to run the event at their new home at the Biscuit Factory, Ouseburn.

The full list of Pride in Policing Awards winners:

Volunteer of the Year – Callum Thompson