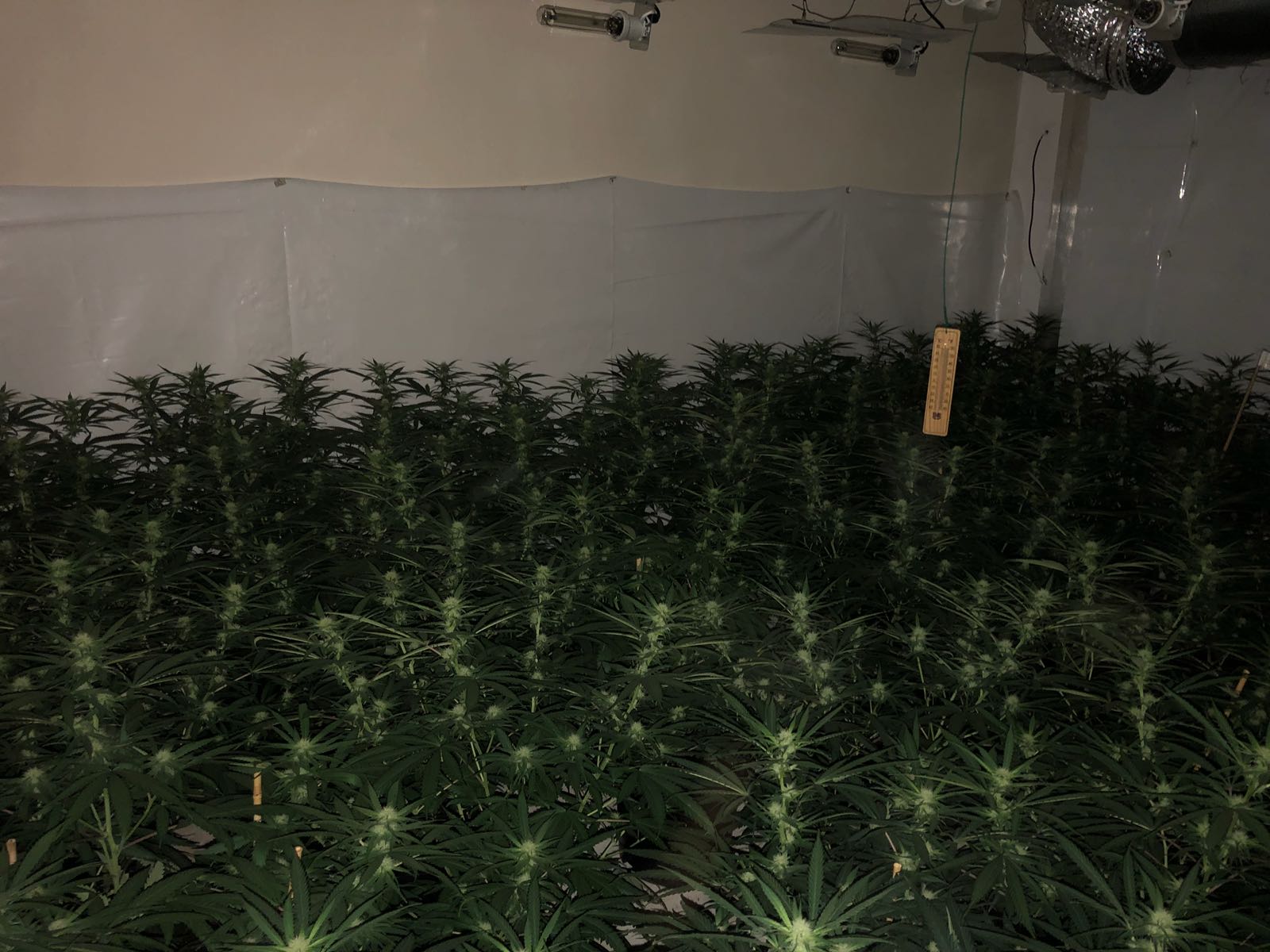 Police have uncovered three cannabis farms with a total estimated street value of more than £300,000.

Officers raided the properties in Newcastle, Gateshead and Durham after reports of suspicious activity at the addresses.

Yesterday afternoon the first property on Dean Terrace in the Ryton area of Gateshead was searched by neighbourhood officers.

When they were inside the property they found hoards of electric equipment used to harvest cannabis plants.

But they also found more than 300 cannabis plants in the loft of the address - which have an estimated street value of more than £100,000.

The farm has since been dismantled and the plants have been destroyed..

Those plants have also been destroyed with the total estimated street value of the seized drugs topping £300,000. Five people have also been arrested across the three farms.

Neighbourhood Inspector Ronnie Lowes said his team executed the warrant in Ryton after an investigation by the Force's Priority and Organised Crime Team (POCT) as part of Operation Magnet.

He said: "This is a significant sized farm that would have yielded a large amount of cannabis that would eventually make its way onto the street.

"We know that people have strong views on the legality of cannabis but a farm of this size is evidence of serious and organised criminality.

"This is not the case of people growing cannabis for personal use. With this level of criminality comes a whole host of other offences that have a serious impact on our local communities.

"Our priority is to make our region a safer place to live and operations such of this should reassure residents that we are working hard to do just that."

Detective Inspector Chris Riley, from the POCT, added: "These types of operations are normally a result of intelligence being provided from the public.

"That may be the smell of cannabis, suspicious activity at the address or a number of different people coming in and out of a property.

"The public really are the eyes and ears for the police and if you have any suspicions about a property on your street then we would ask you to give us a call."

You can report suspicious behaviour by calling police on 101 or by calling Crimestoppers anonymously on 0800 555 111.

You can also report information online at www.northumbria.police.uk/contact.