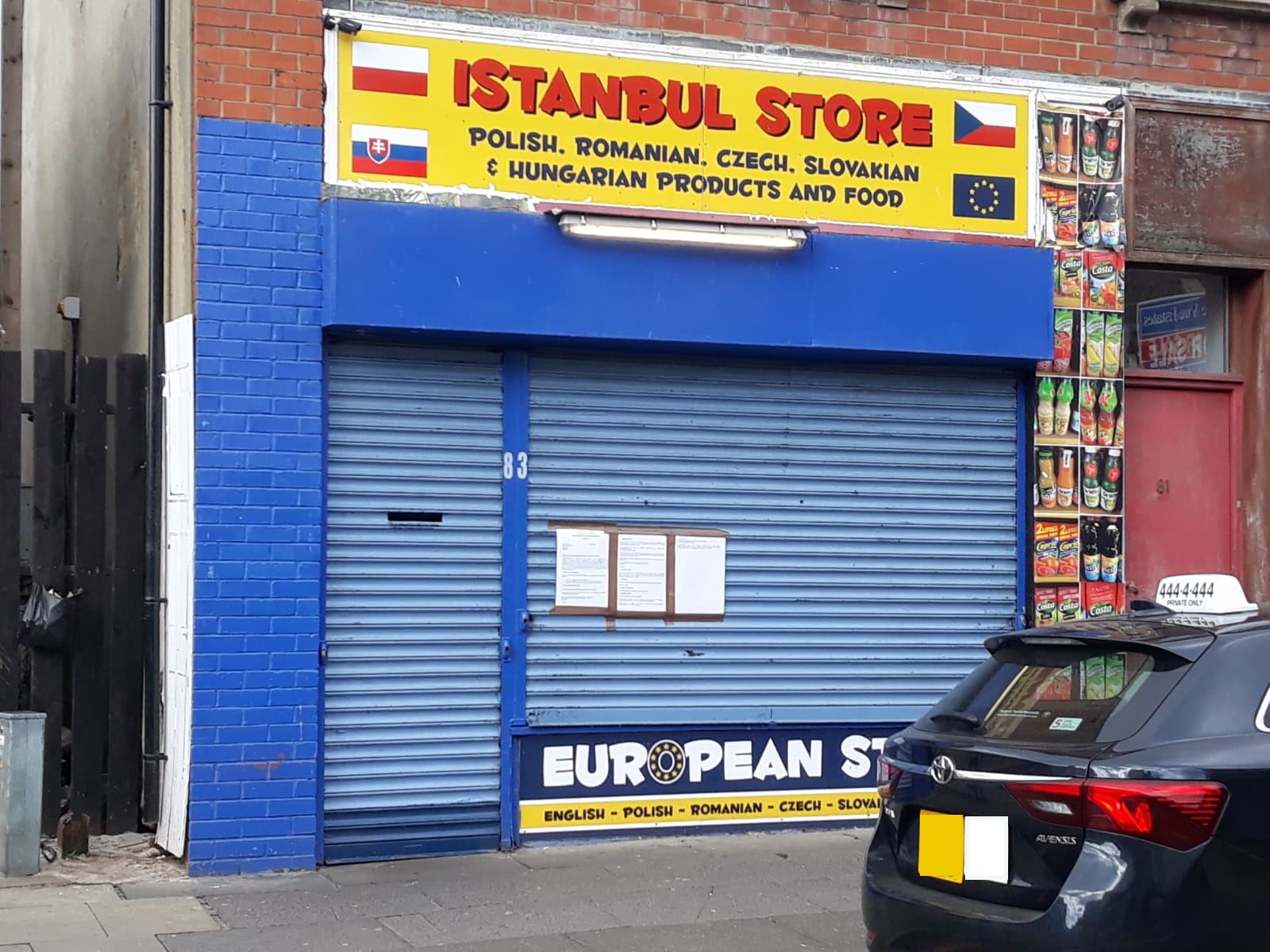 A shop that has been a hub for anti-social behaviour has now been issued with a full closure order by magistrates after a joint operation between police and the council.

Neighbourhood police officers in Gateshead had received a spate of complaints about Istanbul Stores from residents and businesses on Coatsworth Road .

It was reported that the shop had been involved in the illegal sale of tobacco and that it had become a hub of anti-social behaviour.

A survey carried out with local residents and retailers revealed that most thought the premises was a nuisance, and that littering in the immediate area had increased.

The shop had been issued with warnings by officers at Northumbria Police and Gateshead Council’s Trading Standards Department.

But they failed to heed those warnings and last month the shop was served with an interim closure notice after appealing the full closure order.

They appeared at Newcastle Magistrates’ Court on Monday where their appeal was rejected and they were issued with a full closure order.

This means the shop will not be able to trade for three months and it is now hoped it will lead to a reduction in disorder in the area.

Neighbourhood Inspector Michael Robson, of the Gateshead Central Neighbourhood Policing Team, said it was a great example of partnership work.

He said: “We have a fantastic relationship with the local authority and work closely with them to help improve the lives of residents and businesses in the town.

“This particular shop had become a hub for anti-social behaviour and attracted large crowds of people who would abuse and intimidate other members of the public.

“The shop owner was regularly spoken to by police and the local authority in a bid to prevent visitors to their store causing trouble in the community.

“However, they failed to listen to that advice and we have put a lot of work into securing this closure order.

“This should send a strong message to businesses who refuse to co-operate with authorities when it comes to making the town a better place to live.

“If you help feed anti-social behaviour and disorder then we are not afraid to take these kind of measures.”

The sale of illicit tobacco from Instanbul Stores first came to light in 2017 after a quantity was seized from the shop. The lease holder subsequently pleaded guilty to possessing illegal tobacco.

In January this year, Istanbul Stores was visited as part of Operation Sentinel which involved Northumbria Police and officers from Gateshead Council's Trading Standards, Environmental Health and Enforcement Teams.

The raid resulted in the seizure of thousands of illicit cigarettes which had been hidden in a car belonging to the owner.

In February Trading Standards and Northumbria Police visited the premises again with a tobacco sniffing dog.

A male ran from the shop, having come from the staff area, and although he was not caught, he was seen dumping a large bag of illicit tobacco which was recovered and seized.

The sniffer dog then indicated on a car parked in a nearby street which was accessed and again thousands of illicit cigarettes were seized.

Further complaints and intelligence were received and during a visit to the shop in March a holdall of illicit tobacco was discovered in the staff area of the shop.

A warrant was also executed on a car parked in a nearby street which had been identified as being used by males in the shop. Thousands more illicit cigarettes were seized.

Anneliese Hutchinson, service director for Development, Transport and Public Protection at Gateshead Council, said: "Instanbul Stores and its links with criminality has been a cause of concern to us for some time.

"We have received numerous complaints from the public and other shop keepers about their sale of illegal tobacco, and the increase in anti-social behaviour around these premises has been noticeable.

"The sale of illegal tobacco is not a victim-free crime. It is well known that the illegal tobacco trade is linked to organised crime, and that many of the people smuggling, distributing and selling it are involved in activities such as drug dealing, money laundering, and people trafficking.

"I'm pleased that the magistrates have shared our concerns about these premises and have agreed to the closure order."

Anyone with information about anti-social behaviour is encouraged to contact police on 101 or fill in an online reporting form at www.northumbria.police.uk.