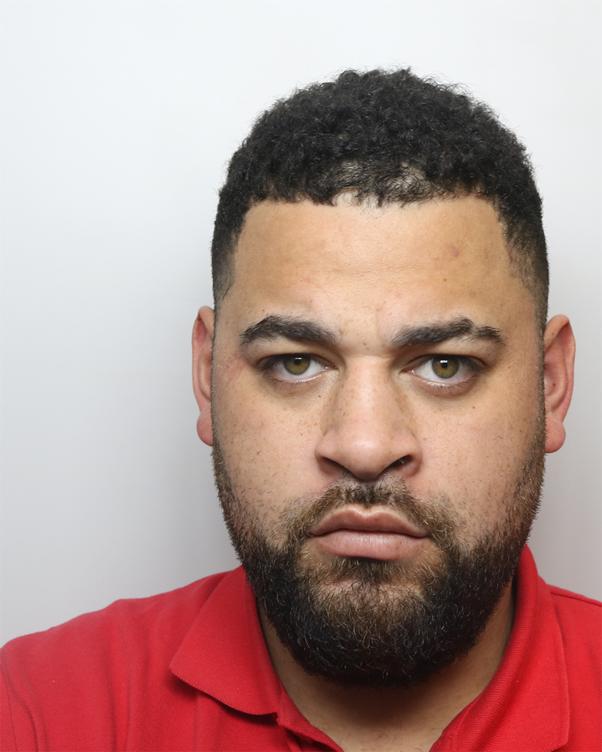 A party-goer who was left with a broken back after being thrown down a flight of stairs on a night out has thanked police - after the thug who attacked him was put behind bars.

Bradley Aspin, 21, is still undergoing treatment for the injuries more than two years after he was brutally assaulted in Newcastle city centre.

He was just 19-years-old when he got into an altercation with Jermaine Allen, 30, in House of Smith on Collingwood Street in September 2017.

Allen was from Bradford but had travelled to Newcastle with a group of friends to enjoy a night out in the city.

CCTV footage played in court showed the pair arguing at the top of a flight of stairs before Allen attacked Mr Aspin and threw him down the stairs.

Allen then went back into the bar while his teenage victim was taken to hospital. He was later diagnosed by doctors as having broken his back in two places.

Officers from Northumbria Police arrived on scene and went to detain Allen but he became aggressive and was able to flee on foot after a group of his associates intervened in his arrest.

An investigation was launched to identify him but police did not know his name and the only information they had was that the offender was believed to live in Bradford.

Officers spoke to dozens of witnesses, trawled through CCTV and carried out enquiries at hotels across the city before they eventually arrested Allen in January last year.

He claimed he was acting in self-defence but was charged with grievous bodily harm with intent and was convicted by a jury at Newcastle Crown Court.

Now Allen, of Brindle Close, Bradford, has been jailed for four years and six months after appearing at the same court on Thursday, April 11.

Following the case, Mr Aspin revealed he was grateful to the police for catching his attacker and revealed the devastating effect the assault has had on his life.

Bradley, who is from Cleveland and works in customer service, said: "I don't know what happened exactly. I can't remember any of it as I was knocked unconscious but I have seen the CCTV.

"It left me with two broken bones in my back and I was in a back brace for five months, I couldn't walk without it, and had to take medication and undergo physio.

"It happened two-and-a-half years ago now but when it first happened it really badly affected me. I wasn't able to work and I couldn't socialise. I did feel depressed as I couldn't do any of my day-to-day activities.

"Even now I still need to do muscle strengthening, I can't go to the gym and I can't play football which is something that I always loved to do.

"It has massively, massively changed my life because now I have to be careful what I’m doing. I am always looking over my shoulder and I don't go out drinking as much as I did because I don't want that to happen again.

"It took the police six or seven months to find him so I am really happy that he has been caught and convicted at court. It is a bit of closure for me.

"He put me through a traumatic experience and I feel like justice has been done and I am grateful to the police and my barrister for proving what he did to me and getting him convicted."

Sergeant Andy Percival, of the Newcastle City Centre Neighbourhood Policing Team, praised the work of the officers who tracked Allen down and said he was pleased to see him put behind bars.

He said: "This was a very serious assault that has left a young man with life-changing injuries and I welcome the sentence handed down by the judge.

"On the night of the assault all parties had been drinking and clearly there was a heated argument but nothing can justify the actions of Jermaine Allen.

"You can clearly see on the CCTV that Allen struck his victim multiple times before forcing him down the stairs and he knew that his actions would cause serious injury.

"He has then refused to give himself up and lashed out at officers in a bid to avoid arrest instead of taking responsibility for putting a young man in hospital.

"It was down to the patience and hard work of the investigating officers that we were able to track him down and bring him to justice for this assault.

"I particularly want to thank Crimestoppers and officers at West Yorkshire Police who assisted the investigation and helped us to identify Allen as the person responsible for this assault."