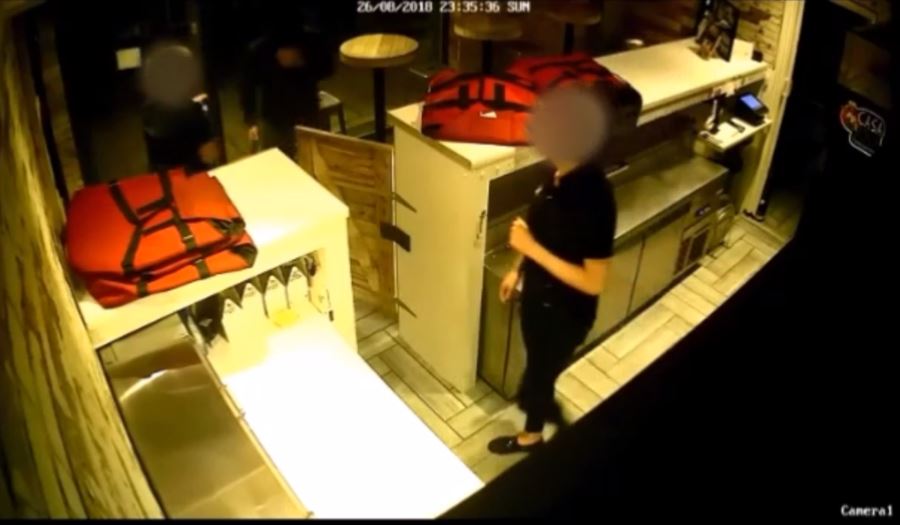 A masked armed robber who targeted the same kebab shop in two knife point attacks over just three days has been jailed for 10 years.

In February Mark McCormack was convicted of stealing cash from the Casa Rosa Kebab Shop in Gateshead in the raids last summer.

The first robbery was on August 27 when the 31-year-old entered the takeaway on Durham Road wearing a skull mask balaclava.

He threatened staff with a 10-inch kitchen knife before making off with about £200 but thankfully nobody was injured.

Three days later McCormack walked onto the forecourt of a nearby Jet garage wearing the same mask and threatened a customer with a knife.

Newcastle Crown Court was told how the victim was able to get into their vehicle and the robber fled the scene empty handed.

But just minutes later McCormack burst into the same kebab shop he had robbed just days before and threatened staff with the knife.

The masked robber was able to make off with about £800 in cash before he ran away and staff contacted police.

Armed officers were deployed to the area and within hours McCormack was in custody after being arrested at an address in Birtley.

He was later charged with two counts of robbery and an armed robbery but denied the offences against him.

In February, McCormack, of George Street, Birtley, was convicted by a jury of all the offences against him and on Wednesday he was jailed for 10 years.

Investigating officer Detective Constable Craig Austin has said the robberies were "terrifying experiences" for the victims of McCormack's attacks.

He said: "I was delighted that the jury saw through Mark McCormack's lies and a sentence of 10 years will certainly bring justice for his victims.

"These robberies were terrifying experiences for them, particularly for the staff at the takeaway that was targeted twice.

"They have shown great courage throughout these proceedings and even gave evidence to the court during the trial.

"There is no place for this type of mindless violence in society and when these offences do take place we will relentlessly pursue those responsible.”

McCormack was also handed a 10-year restraining order during his sentencing at Newcastle Crown Court on Wednesday that banned him from contacting any of his victims.

Watch the CCTV footage of McCormack's raids
Play
back to top