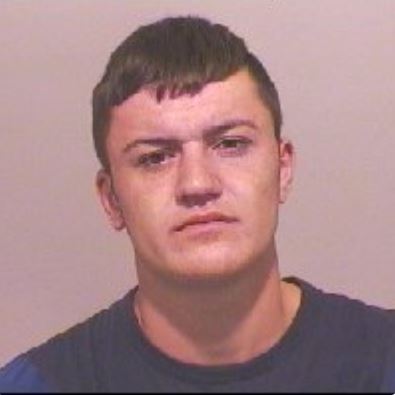 A serial offender who repeatedly ignored a court order banning him from areas of Sunderland is now behind bars.

Robert Smith, 21, was banned from setting foot in Castletown, Hylton Castle, Town End Farm, Red House and Downhill as part of a Criminal Behaviour Order (CBO) he was handed in December 2017.

The three-year order, which also forbid him from causing harassment, alarm and distress to anybody in England and Wales, followed a reign of terror that saw him cause significant disruption in the north of the city.

However, after frequently ignoring the conditions of the order, which included threatening to kill a police officer against whom he “held a grudge”, this week Smith found himself back into the dock at Newcastle Crown Court.

Sergeant Louise Mcclennan, of Northumbria Police, said: “Robert Smith has been a regular offender over the years and has caused havoc in the north of the city.

“He has been arrested for a range of offences and has been a huge drain on police resources.

“In December 2017, he was given a final opportunity to clean up his act and warned that he would face further punishment if he did not comply with the strict conditions set out in his CBO.

“However, that warning was repeatedly ignored as he showed a complete disregard to the law and others. Now, as a result of his actions, he finds himself behind bars.

“I would like to thank the community for their ongoing support, and hope Smith’s imprisonment sends out a strong message that frequent offenders who ignore court orders will be pursued by police and brought to justice.”

The court was told Smith had twice been seen in areas of the city where he was banned, and was also involved in an angry exchange during a meeting at the probation service on Frederick Street, Sunderland, earlier this year.

While being interviewed by officials in January, Smith acted aggressively before warning he would kill a police officer against whom he held a grudge

Prosecutors said the alarming outburst was the seventh time Smith had breached his order since it had been imposed.

He has subsequently been jailed.