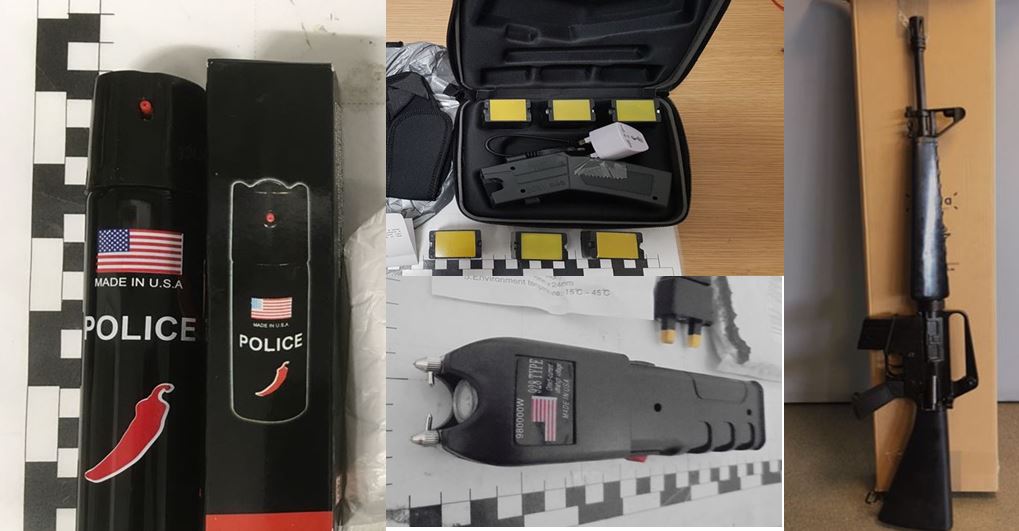 Online shoppers are being warned they could face five years in jail over ‘naïve’ purchases of stun guns, imitation firearms and offensive weapons.

The warning comes as officers from Northumbria Police revealed they had seen an increase in the number of overseas parcels containing offensive weapons being delivered to the North East.

In the past 12 months alone, a total of 219 parcels all mostly bought from online stores based outside of the UK have been seized by UK Border force staff.

Of those seized, 21 packages contained Tasers, which are banned in the UK. Current UK law states possession of a Taser is a criminal offence and carries a maximum sentence of five years imprisonment.

Officers have been working alongside border force officials to trace those buying the items and have made a number of arrests, house searches and conducted interviews of those involved in importing the items. Police Cautions have been issued and some cases have been referred to the Crown Prosecution Service for progression through the courts.

Detective Inspector John Connolly from Northumbria Police’s crime department took the opportunity to remind people it is illegal to buy, sell or import into the UK Tasers or other offensive weapons.

He said: “The Force takes a strong stance against any individuals who buy, sell or import offensive weapons, it is an offence which is punishable by five years in jail so do not be fooled into thinking that just because an item is for sale online that it is legal, or that it will not be seized by border force officials.

“Do not be naïve, ignorance is not a defence and the Force and the courts will not go easy on you just because you didn’t realise what you’d bought was illegal”