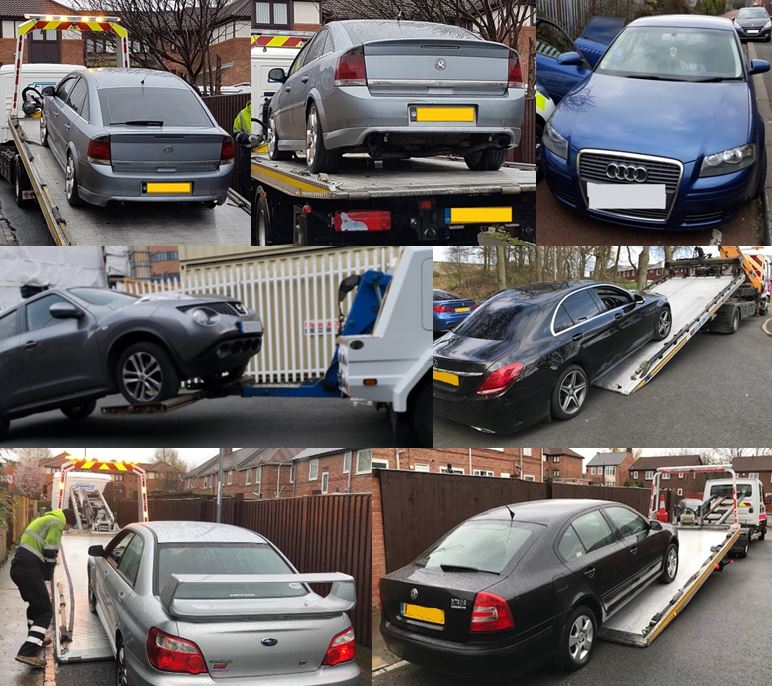 Yesterday Northumbria Police revealed that they had arrested 34 people as part of Operation Salvator after the number of drug deaths in the borough tripled in 2018.

The suspects were brought into police custody after nearly 40 dawn raids took place across Gateshead over four days.

It followed months of intelligence gathering with Gateshead Council as part of an investigation into the supply of cocaine and heroin across the borough.

Drugs, cash and weapons were seized from the addresses targeted as part of Operation Salvator.

And now officers have released pictures of some of the 13 vehicles seized from those suspected to be involved in serious and organised crime.

Vehicles seized included a Subaru Impreza, a Nissan Juke and a Mercedes C-Class.

Detective Superintendent Peter Bent said officers would continue to target the assets of those they suspected to be involved in criminal activity.

He said: “This week has been a big step in our bid to take those suspected to be involved in the supply of Class A drugs in Gateshead off the streets.

“Both ourselves and our partners have been greatly concerned by the big increase in suspected drugs deaths in the borough in the past year.

"That is completely unacceptable and this week we have sent a very strong message to all drug dealers who prey on vulnerable users.

“More than 30 people have been arrested but that is not the only way we will look to target those we suspect to be involved in serious and organised crime.

“If we suspect any vehicles have been involved in that activity then we will take those as well and this week we have taken possession of 13 cars.

“We are not afraid to use all the powers at our disposal to safeguard vulnerable people and disrupt illegal activity across our region.”

All 34 people, 30 men and four women, were arrested on suspicion of being concerned in the supply of Class A drugs. They have since been released under investigation.

Enquiries into drug dealing across Gateshead will continue but anyone with information is being asked to contact police.

You can call the team on 101, email central.intelligence@northumbria.pnn.police.uk or fill in an online reporting form at www.northumbria.police.uk. You can also contact Crimestoppers on 0800 555 111.