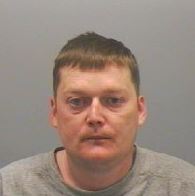 A prolific burglar who was confronted by staff at a care home after they found him loitering inside has been jailed – despite his claims that he was just checking if wanted any milk.

Sean Boyle, 41, has been jailed for three years after he was found by staff loitering inside Ashdown Care Home on Eastbourne Avenue in Gateshead in March this year.

When he was challenged by a care assistant, the convicted thief said he was just checking if anyone wanted some milk before he apologised and fled the scene.

Staff contacted Northumbria Police who deployed officers to the scene to see if they could find anyone matching the description of the intruder.

And they quickly found Boyle in an intoxicated state nearby. It was alleged that he had been trying the doors of houses in the area without any success.

The thief was later charged with attempted burglary and on Friday (May 3) Boyle, of Warwick Court, Gateshead, was jailed for three years after pleading guilty at Newcastle Crown Court.

During the case, a court was told how Boyle had a number of previous convictions and had left prison as recently as August last year after spending time behind bars for burglary.

He said: "Sean Boyle is a prolific thief who has a string of burglary convictions to his name and deserves to be behind bars.

“He has had plenty of opportunities to change his ways but continues to choose a life of crime that comes at the expense of innocent members of the public.

“Boyle is the definition of an opportunistic thief and I have no doubt that he entered that care home that day with the intention to commit burglary.

“He came up with a ridiculous excuse that he was trying to sell milk before fleeing the area. Unfortunately for him our officers were quick on his tail.

“It says a lot about his character that he would target a care home for vulnerable adults with learning difficulties. I welcome the decision by the judge to hand him a lengthy jail sentence.”

Their sole aim is to stop burglaries from happening and arrest those responsible for committing them. Every burglary that happens in Newcastle and Gateshead gets looked at by the team.

Similar teams have also subsequently been set up in other areas of Northumbria Police as a result of the success.

Anyone who has information about burglars operating in the area can contact them by calling 101 or emailing central.intelligence@northumbria.pnn.police.uk.