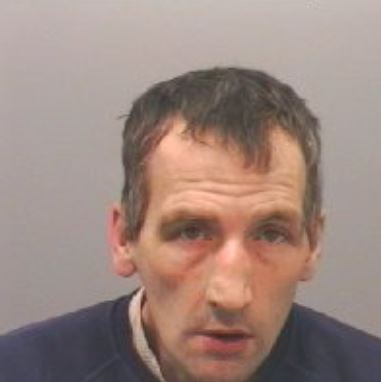 A prolific thief who raided nearly 30 homes, cars and businesses across Gateshead has been jailed.

Derek McGivern, 43, has been jailed for 14 months after a spate of break-ins across the borough between January and March.

Residents and businesses in Dunston, Teams and on the Teams Valley trading estate had been targeted by the thief.

More than 20 vehicles were broken in to and half a dozen businesses were raided over the three-month period.

The Gateshead West Neighbourhood Policing Team were tasked with identifying the person responsible and launched an investigation.

Officers reviewed every crime in the areas concerned, reviewed CCTV and carried out plain clothed patrols.

McGivern, of Redheugh Court, Gateshead, was identified as the culprit and admitted 30 offences. He was jailed for 14 months at Newcastle Crown Court on March 28.

Following the case, Sergeant Warren Sturrock praised the investigative team for taking a "prolific" and "opportunistic thief" off the streets.

He said: "This offender has plagues the streets of Gateshead for three months and taken any opportunity he could to commit a crime.

"The scale of his offending is unusual and there is no doubt that he is a prolific and opportunistic thief who thinks only about himself.

"His crimes caused great distress to victims and left many of them out of pocket just so he could profit from a few quid.

"In the end it was fantastic work from our investigative team that identified him as the offender and left him with little choice but to enter guilty pleas.

"They spent hours painstakingly gathering the evidence needed to secure this conviction and they deserve a huge amount of credit.

"Gateshead is a safer place with him behind bars and I hope this result brings some justice for the victims of his crimes."

McGivern's crimes included stealing a ladder and high-value power tools from a security company in Vance Business Park in Dunston on March 25.

He also admitted stealing a laptop and a coffee machine from a premises on Ellison Road on March 4 and a lock from a garage on Clockmill Road in Teams.

In a string of other raids he also stole a haul of electronic equipment and power tools.

McGivern admitted 21 charges of theft from motor vehicle, six charges of burglary other than dwelling, two counts of criminal damage and possession of a Class A drug.