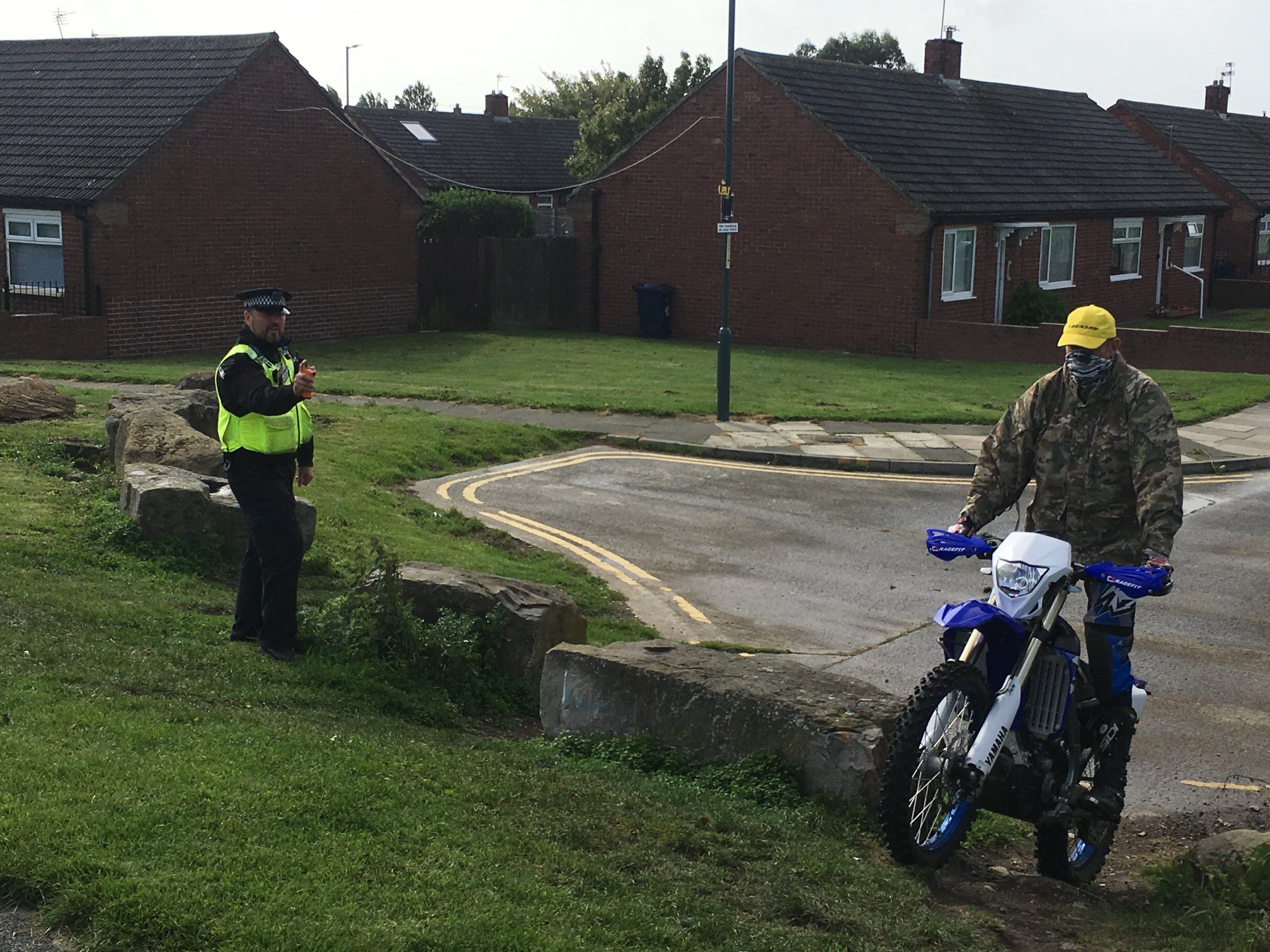 Two teenagers have been arrested and a stolen motorcycle has been recovered after great work by neighbourhood officers in Newcastle.

Over the weekend police received a spate of reports of motorcycle disorder across Newburn and Lemington.

Targeted patrols were deployed and officers confronted a group of teenagers they suspected to be involved in the anti-social behaviour.

The teenagers fled on their motorcycles but officers from the Newcastle North Neighbourhood Policing Team were not to be deterred.

Enquiries led them to an address in Lemington where they were able to confront the same two 18-year-old males they had spotted earlier.

They were arrested on suspicion of theft of a motor vehicle and a stolen motorcycle was recovered from the address. They have since been released under investigation.

Now the Neighbourhood Inspector for the area has praised the work of her team - and warned offenders that police are hot on their heels.

Insp Lesley Wheatley said: "There were a number of reports over the weekend of anti-social behaviour linked to motorcycles in Newburn and Lemington.

"We know that this type of disorder can have a huge impact on the lives of residents in the area and I want to reassure the public that we do take it seriously.

"A specialist task force has already been set up to tackle criminality linked to motorcycle disorder and our neighbourhood teams are working hand in hand with those detectives.

"Many of those teenagers involved in this type of disorder have been involved in serious criminal offences and a lot of the bikes are stolen.

"My officers showed great determination over the weekend to track these suspects down after gathering some really useful intelligence.

"Our work to catch those involved in these types of offences will continue but the public are our eyes and ears on the ground so we need you to call us.

"If you know those involved in nuisance motorcycle riding then please give us a call. They may be involved in serious and violent crime in your neighbourhood."

Neighbourhood officers work closely with Northumbria's dedicated motorcycle task-force. The team cover Newcastle and Gateshead and are made up of a number of experienced and specialist officers based at Etal Lane Police Station.