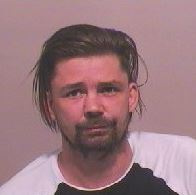 A brazen burglar was foiled after the occupants spotted him breaking into their home and flagged down a passing police car.

On the evening of May 18, a couple became aware that somebody was in their home when their dog began to bark.

After heading towards the kitchen to investigate, a female occupant saw her back door open and an arm reach into the property.

The occupants shouted at the intruder and ran around the front of the property, where they confronted him.

After finding the man was in possession of a set of keys which included a remote control for the garage, the couple saw a passing police car and quickly flagged down officers.

Smith was back in the dock for sentencing on Thursday, August 8, and was jailed for 12 months.

Detective Sergeant Steve Wallace, of Northumbria Police’s Southern Burglary Team, said: “This was a case of quick-thinking by the occupants who saw a police car driving down the road and quickly got the attention of officers.

“As a result of their swift reactions, Smith was arrested at the scene and is now behind bars.

“Burglary is such an intrusive crime, and as a result, we do not apologise for our zero-tolerance approach. We are committed to ensuring these offenders who attempt to prey on others in our communities are dealt with robustly and ultimately brought to justice.

“Our message to burglars is clear; we will pursue you, we will catch you, and you will be convicted.”

Det Sgt Wallace also encouraged residents to be vigilant throughout the summer months as opportunistic offenders look for quick wins.

“With the lighter nights and many families going away on holiday at this time of year, I would ask that everyone takes an extra moment to check their homes are left secure, doors are locked and valuables are kept out of display,” Det Sgt Wallace said.

“Please make sure your bags, wallets and keys are not left in view near open doors or windows – taking that extra time to check could prevent you from being a victim of crime.

“Our officers carry out patrols every single day and are actively looking for those offenders who target members of our communities for purely selfish gains.

“By working together, we can continue to make it difficult for opportunistic criminals to benefit.”

Anyone who is a victim of crime, or who has any concerns, is asked to contact police on 101. In an emergency, ring 999.