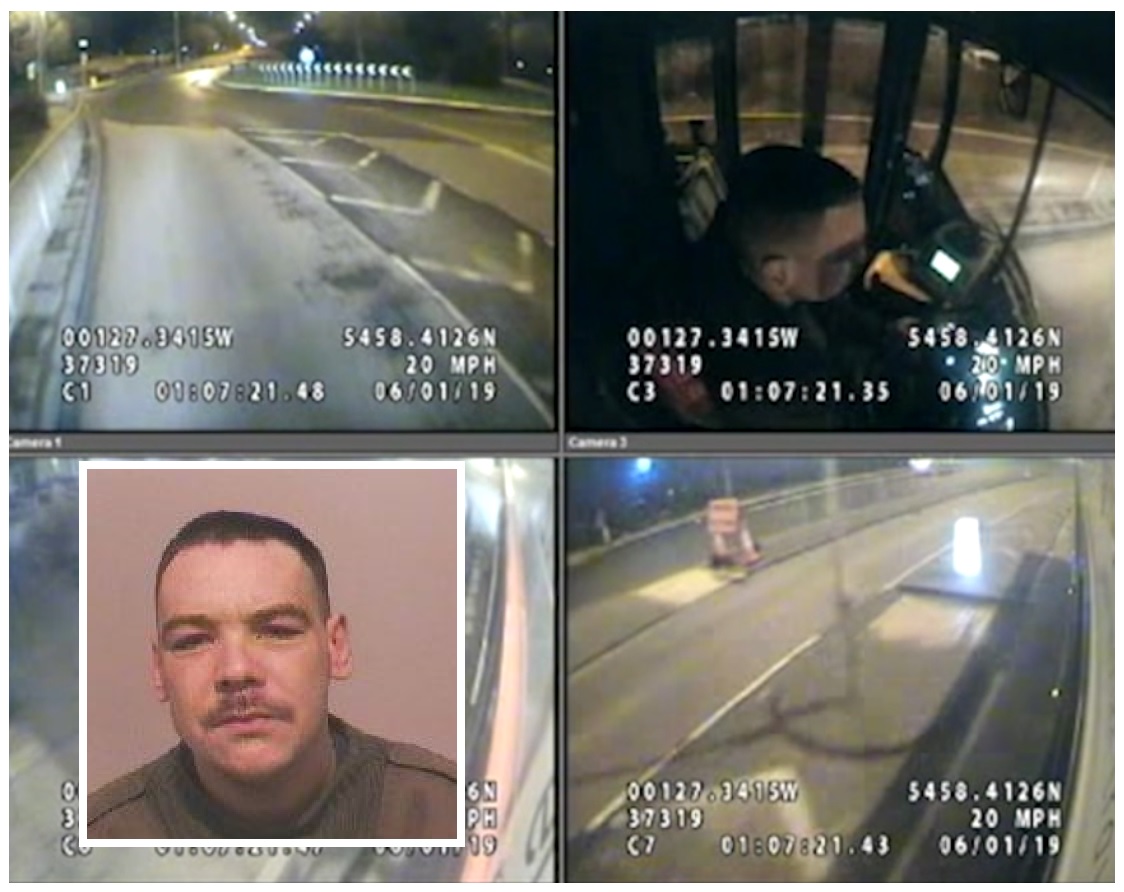 A brazen thief who walked in to a transport depot, stole a bus and crashed it on a joyride through South Tyneside has been jailed.

Shane Youll, 32, has been put behind bars for 10 weeks and made to pay more than £2,000 after stealing the single-decker bus in January.

Just after 1am on January 6, the thief walked in to the Stagecoach depot on Dean Road in South Shields and forced entry to one of the vehicles.

He went on a joyride around South Tyneside during which he mounted kerbs, drifted across lanes and crashed into metal barriers on the roadside.

Police were called after the theft triggered an alarm at the compound and officers were able to locate Youll waiting at traffic lights on Newcastle Road.

The bus had sustained significant damage and the window on the doors had been shattered following impact with a barrier.

Youll, of Cotswold Terrace, Stanley, County Durham, was arrested and later charged with taking a motor vehicle without consent, driving with no insurance and driving without a licence.

He appeared before Sundrland Magistrates Court on August 19 where he was jailed for 10 weeks, disqualified from driving for 18 months and fined £2,025.

Following the case, Northumbria Police released footage of the joyride and branded Youll as a "reckless thief" who "put innocent lives at risk".

Sergeant Nicholas Watt said: "This was a brazen theft but what is more concerning is the nature of Shane Youll's driving.

"He mounted kerbs, drifted all over the road and crashed into a number of objects on the roadside that significantly damaged the bus.

"Thankfully nobody was injured but there is no doubt that Youll put innocent lives at risk through his manner of driving that night.

"He was not insured, had no licence and most likely knew that he was going to be arrested at some point during his joyride.

"I am glad that this reckless thief has been put behind bars so he can reflect on his behaviour that night. I also welcome the heavy fine handed out by the judge."

Anyone who witnesses a driver is encouraged to contact police immediately but you can now also upload dash-cam footage of dangerous or reckless driving on the Northumbria Police website.