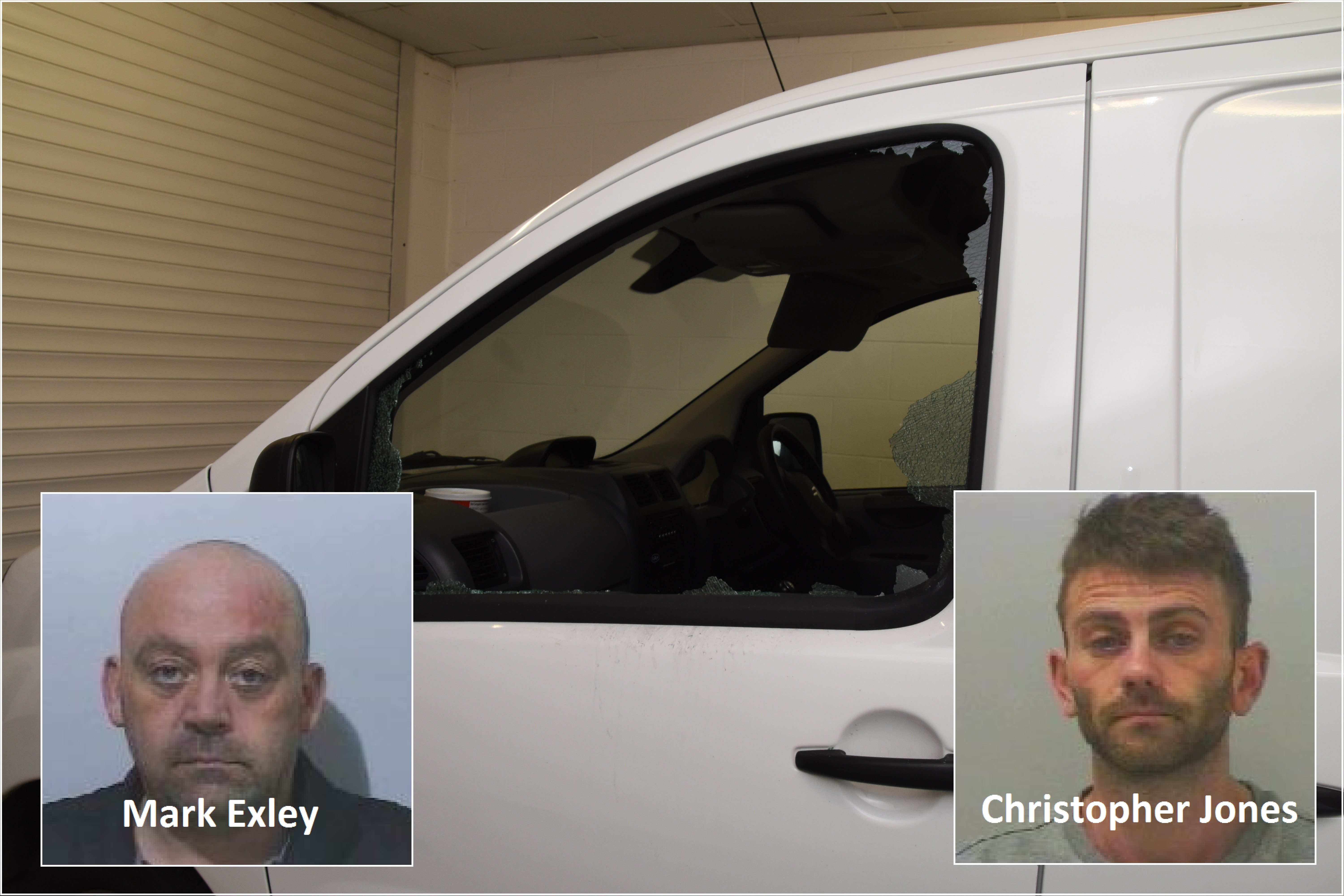 Detectives have released CCTV that shows how they stitched together the movements of two dangerous criminals – and helped put them behind bars.

On Wednesday Mark Exley, 44, and Christopher Jones, 34, were convicted of shooting a gun through the window of a white van driver in a shocking case of “mistaken identity”.

The pair are facing lengthy prison sentences after being convicted in relation to the shooting at traffic lights on Windsor Way in Kingston Park in February.

Following the first report of the shooting police had launched a huge investigation under the banner of Operation Web in a bid to trace those responsible.

In the days and weeks following the incident police arrested more than a dozen people on suspicion of being involved in the attach.

But the crucial evidence that helped secure convictions against Exley and Jones was CCTV.

Detectives spent weeks reviewing hundreds of hours of CCTV and eventually managed to piece together the movements of the two men on the day of the shooting.

It showed them carrying out practice runs, their vehicle parked at the scene of the crime, them fleeing the scene and even torching the getaway car.

But the crucial footage was found in an alleyway near the home of Mark Exley that clearly showed both men’s faces just moments after the shooting had taken place.

They face significant jail sentences when they are sentenced at Newcastle Crown Court on September 30.

And today Detective Chief Inspector Dave Cole has praised the detectives who trawled the CCTV and helped put the men behind bars.

He said: “This was a huge investigation, one of the biggest I have ever worked on, and it involved officers and staff from across Northumbria Police.

“Incidents like this are very rare, someone firing a gun in the middle of the morning rush hour in a residential area of Newcastle.

“It is completely unacceptable and the product of organised crime. Our response to this incident reflected just how seriously we take offences of this nature.

“We had dozens of officers working on the case and CCTV was a crucial part of that, as was the forensic analysis of mobile phones.

“Their contribution to securing these convictions cannot be overestimated and they can be very proud of the part they have played in this investigation.”

Detective Constable Ian Cassap was the main officer responsible for collating the CCTV and he said that it can be a “tedious” job.

He said: “We would always want as much CCTV as we can possibly get but that brings with it its own challenges as it can be a bit like looking for a needle in a hay stack.

“Often we will start from the moment the crime has taken place and work backwards, trying to piece together the movements of those responsible before and after the shooting.

“That kind of work can take days, even weeks, and can become very tedious but it can be really satisfying when all those pieces start to fall into place.

“When you get that clear image of the defendants, as we did in this case, then that is a real fist in the air moment because it is strong evidence that will stand up in court.

“These two men both denied the charges against them but changed their please midway through the trial because of the case we were able to present.

“That is testament to the hard work of all those officers that worked on the case and I’m proud to play a part in that.”

Exley, of Benwell Grange, Newcastle, and Jones, of Whitbeck Road, Slatyford, will now be sentenced at Newcastle Crown Court on September 30.

She initially pleaded not guilty but on Wednesday also changed her plea and was jailed for 17 months at the same court on Thursday.