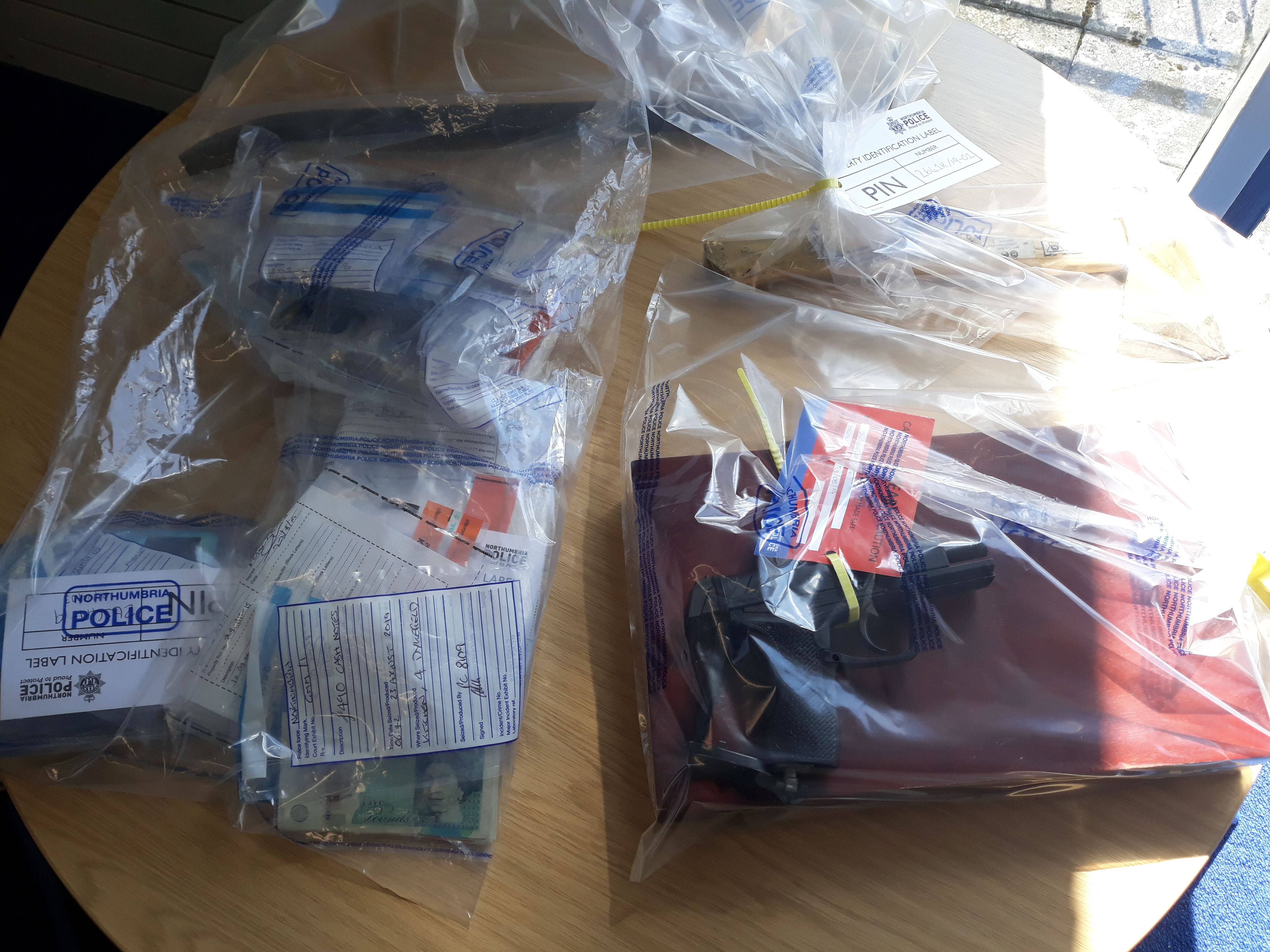 Drugs, cash and an imitation firearm have been seized by police in an operation to crackdown on the supply of Class A drugs in Newcastle.

Neighbourhood officers in the city carried out a series of pre-planned dawn raids in Fawdon on Friday as part of Operation Overthrow.

The warrants were executed simultaneously on three address at about 6.20am in response to intelligence about the supply of Class A drugs in the area.

It also followed a number of complaints from the community about crime and disorder linked to the addresses on Strathearn Way and Dykefield Avenue.

A small quantity of drugs were seized in the raids along with cash, an axe and an imitation firearm that will now be sent for forensic testing.

Officers also arrested a 16-year-old male who was wanted by police for a public order offence and had been avoiding police for a number of weeks.

Sergeant Graham Yare, of the Newcastle North West Neighbourhood Policing Team, said police were not afraid to carry out further warrants in the crackdown on drug dealing in the area.

He said: "These raids are only the start and we will continue to respond robustly to concerns raised by the local community in Fawdon.

"We have been carrying out enquiries into concerns around drug dealing in the area for a number of weeks and they culminated in these dawn raids.

"A number of items of interests have been seized but the activity will not stop here and we will consider executing further warrants in the coming weeks.

"We know that drug use can lead to wider issues around crime and disorder and by cracking down on the supply of illegal substances we can improve the lives of the local community.

"But this activity can only take place if we receive intelligence from people living in the area. You are our eyes and ears.

"If you have information about drug dealing, or if you have concerns about unusual activity at a particular address then get in touch.

"It may be that a number of strangers are going in and out of an address at all hours of the day or there may be anti-social behaviour connected to the address.

"If something doesn't seem right then trust your instincts and contact police. You can call us or you can report information online."

All information provided to the police will be treated as confidential and neighbourhood officers are committed to taking positive action.

If you can help police then call 101, report online at the Northumbria Police website or contact Crimestoppers anonymously on 0800 555 111.